Fatal Retribution for the Wanton Slaughter of Sacred Turtles 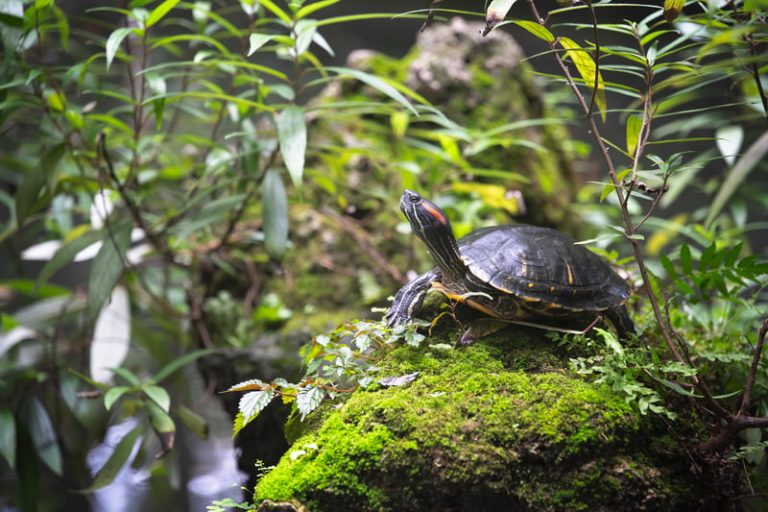 A group of people were met with severe retribution for savagely slaughtering and eating sacred turtles released from a monastery. (Image: Paop via Dreamstime)

The subjects of karma and retribution have long been widely discussed throughout the ages in the cultures of the Eastern and Western worlds. This account tells the true story of the severe retribution meted out to a group of people for savagely slaughtering and eating released turtles. It was emphasized by the author that this is a real, absolutely true incident.

One beautiful weekend, an entire family and their friends drove to the suburbs of Beijing for a break. The family and friends traveled in three separate cars: one car for the man that planned the vacation and his parents, one car for his friends, and a third car for his uncle’s family.

This particular group of people loved to eat wild game. After arriving at their holiday destination, they loitered around for two days and then got the idea to try finding some wild game that was “more exotic” than ever. It just happened to be time for a local monastery to release animals from the mountain river upstream so they could swim downstream to freedom. This release consisted of dozens of big turtles, along with many small fish and other aquatic life.

Each time a turtle was released by the monastery, the word “Buddha” or “Refuge” or “Bodhi,” together with a series of sacred Buddhist blessings for rebirth, were written on the backs of the turtles using a calligraphy brush. The turtles were big in size.

Did not believe in evil and had no self-restraint

The holiday group captured the turtles as they flowed downstream. The uncle did not believe in evil, and he thought that with so many turtles being released, they might as well eat them. They used crude tools to catch the turtles one by one so they could bring them back to the farmhouse where they were staying.

Passers-by looked on in horror and tried to dissuade them from their misdeeds, but the holiday revelers, especially the uncle’s family, refused to listen. They even retorted that eating the turtles couldn’t possibly do anything to them since they had previously eaten other wild game, including foxes, and had not suffered at all. The passers-by couldn’t bear it. They chanted the name of Buddha Amitabha and walked away lamenting.

When the monks on the mountain heard about the atrocity that was about to take place, they quickly rushed downstream, but it was too late. The uncle’s family had already left with the turtles.

That evening, the uncle set up a fire in the yard and invited the owner of the farmhouse and “VIPs” to attend the feast, as many as 10 people. Among the group, only the man who planned the vacation and his parents refused to eat, but they could not persuade the uncle and his family. All the rest “enjoyed” the turtle meat meal.

The turtles were mercilessly butchered and cooked

The uncle butchered the turtles. Some turtles had their heads chopped off and were bleeding. Their blood was mixed with wine. Some turtles were stuffed with ingredients, dipped in batter, and roasted directly on the fire. Some of the turtles were chopped into small pieces. The uncle’s wife did the cooking. His daughter ate and served the meat to everyone, including their colleagues, invited homeowners, and others.

That night after the meal, when the uncle went to bed, he had an uneasy feeling, as though there was something wrong. By then, they all knew that it was too late. Everyone had diarrhea and vomited, then they passed out.

The following day, everything seemed to be fine with them. After lunch, they drove back to Beijing. The friend’s car was in front followed by the uncle’s car in the middle, and behind was the car of the man who arranged the vacation.

Halfway back to Beijing, along the highway, the friend’s car in front was said to have blown a tire or may have run into something, and it rolled over. The uncle’s car tried to avoid it, swerved, and headed straight through the guardrail before crashing into a rice field, hitting a stone monument, and finally crashing into a telephone pole before bursting into flames.

The friend’s car in front rolled over a number of times before finally landing upside down. The car and ground were covered with blood. The two friends died on the spot. The uncle’s car was engulfed in fire. He, his wife, and his daughter were burned to death. The final car that held the family of the man who planned the vacation escaped by slamming on their brakes. They were hit by another car from the rear, but they only suffered minor injuries.

Regarding the friends who went on the trip, they did not participate in the slaughter of the turtles, but they praised the slaughtering technique and participated in the mixing of the turtle blood with wine. The two of them suffered retribution and died of excessive blood loss.

As for the uncle who had chopped off the turtles’ heads and served the guests wine with turtle blood mixed in, he was burned to death after the car burst into flames. His head was never found. The uncle’s wife who had done the cooking also burned to death. The state of the uncle’s daughter was even worse. She was burned to death until there were no traces or residues of her body parts at all. This family received the greatest retribution for slaughtering and eating the sacred turtles.