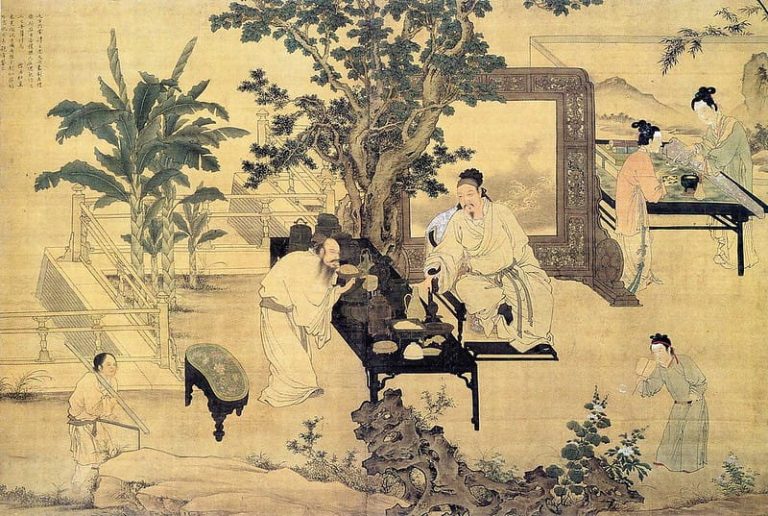 Miraculous stories were told about the great doctors in ancient China finding the cause of diseases and resolving them by providing the appropriate treatment. (Image: Larry Koester via Flickr)

Miraculous stories were told about the great doctors in ancient China finding the cause of diseases and resolving them by providing the appropriate treatment. Such doctors were said to have supernormal abilities and demonstrated an innate knowledge and wisdom beyond ordinary people, creating many amazing anecdotes that people still talk about today.

According to the Records of the Grand Historian, Cang Gong was a well-known doctor during the reign of Emperor Wen of the Han Dynasty who had supernormal abilities. After taking the pulse of a person complaining of a severe headache, Cang diagnosed the patient as being in critical condition and unable to be cured. He told the patient’s brother: “Your brother’s gangrene will soon attack his stomach, he will be swollen in five days, vomit pus, and die in eight days.” Later, the sick person passed away, as Cang Gong had described.

Hua Tuo, Dong Feng, and Zhang Zhongjing were dubbed the “three superb doctors in Jian’an” and they all had supernormal abilities. Hua Tuo was thus well known. A person with a stomachache came to see him. After a check, Hua Tuo said: “Your disease is deeply rooted and should be treated by a surgical procedure. However, you have only ten years of life left. So a cure will not change your lifespan.” Hua Tuo performed the surgery at the patient’s request, curing the stomachache, but the man still passed away 10 years later.

During the Three Kingdoms period, a scholar called Zhang Quan was miserably poor. One day, he suddenly inherited seven houses. Just as extreme joy begets sorrow, his emotional high made him laugh hysterically every day due to the shock, and he carried on like this for some time until the hysteria became an illness. He could not come out of the high, so he exhibited the symptoms for a long time.

Eventually, Zhang, accompanied by his father, went to visit Hua Tuo. After the pulse-taking, Hua Tuo shook his head and said: “As you are terminally ill, I can’t cure this.” They were shocked and knelt to ask the doctor where they could go to get help. Hua Tuo told them to visit Doctor Wu Pu, one of his students in Xuzhou.

Hua Tuo wrote a letter, handed it to them, and told them not to open it on the way. Further, they must arrive within 10 days, otherwise, Zhang would be dead.

Eight days later, they reached their destination. After reading the letter, Wu laughed heartily and understood Zhang’s situation. By Hua Tuo claiming that Zhang was in critical condition, Zhang became anxious. In no time, Zhang’s symptoms of hysteria were gone, without even taking any medicine! From a modern perspective, the treatment could be considered a form of psychotherapy.

In addition to superb medical skills, the great ancient Chinese doctors were always said to have supernormal abilities that ordinary people do not have. By studying hard, applying diligence, and maintaining high moral standards, they became legends and their good deeds are highly praised.