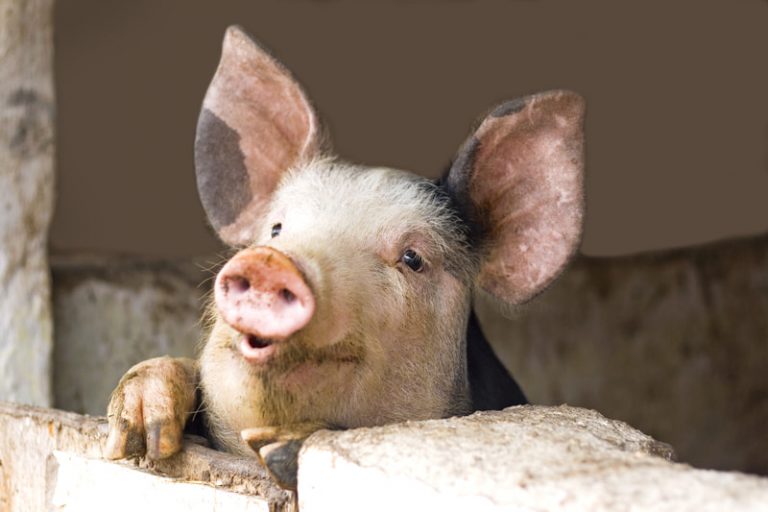 Pigs use a range of oinks, snuffles, grunts, and squeals to communicate which scientists have now 'translated'. (Image: Panco971 via Dreamstime)

Anyone who calls animals “dumb” may have to eat their words. An unusual study on 411 pigs has revealed unique insights into how the animals communicate when they are feeling happy or sad after researchers recorded 7,414 pig calls and used algorithms to analyze the results.

According to The Guardian: “While most of the recordings came from farms and other commercial settings, others came from experimental enclosures where pigs were given toys, food, and unfamiliar objects to nose around and explore.” A machine learning algorithm (AI) was trained to interpret positive and negative pig calls and was found to be accurate 92 percent of the time. The scientists hope that by using more recordings, the accuracy of the algorithm will improve.

How they did it

By putting the pigs into various environments that included toys, food, or an absence of stimuli, the team was able to widen the middle ranges of happy or sad emotions while they recorded the calls, behavior, and heart rates. The team looked at 19 different context categories to differentiate a broad range of emotions, which included novel objects, positive conditioning, negative conditioning, nursing, and surprise.

Analysis of the results showed that pigs use a range of oinks, snuffles, grunts, and squeals to communicate, which scientists have “translated” into a range of emotional states. The secret lives of pigs was revealed from birth to death in context of their surroundings and activities by mapping the sounds as circles (meaning positive range emotions) and triangles (meaning negative range emotions).

The team of 16 international researchers from Denmark, Switzerland, France, Germany, Norway, and the Czech Republic were co-led by Associate Professor Elodie Briefer of the University of Copenhagen’s Department of Biology at the University of Copenhagen. Briefer said: “With this study, we demonstrate that animal sounds provide great insight into their emotions. We also prove that an algorithm can be used to decode and understand the emotions of pigs, which is an important step towards improved animal welfare for livestock.” (EurekAlert)

Titled Project SoundWel, the multi-disciplinary concept activity, is the first step in creating a tool to assist the farming community to prioritize welfare of pigs by understanding when they are feeling stressed. Conversely, encouraging positive emotions using various settings to provide enrichment will reduce stress.

The role of stress in disease states in humans is well documented. We know that we need to exercise more, listen to music, and relax. Our next insight into the secret lives of pigs looks at the role that music plays in the positive development of piglets.