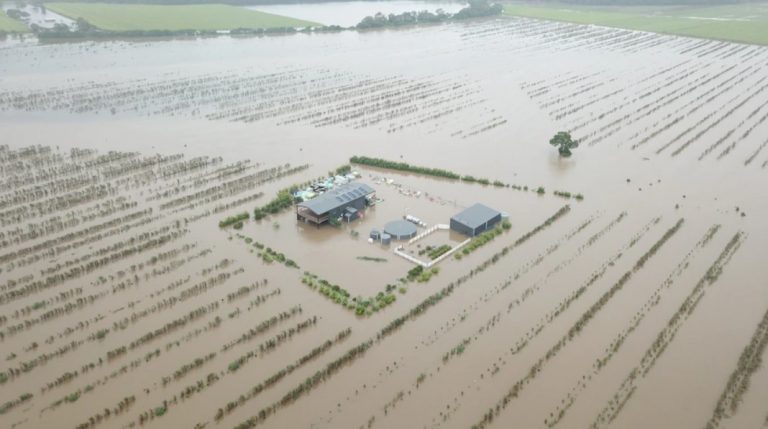 This summer season has been what is called a La Niña Australia. On average, every 3-7 years, there is an exceptionally wet year with above-average rainfall. What has made this La Niña exceptional is that it has been the wettest La Niña anyone has ever seen, and in some places, records of rainfall amounts and flood levels have been broken.

A La Niña season on the farm like no other

Speaking with my pop, he has never seen it like this. This summer, we haven’t had a day above 40 degrees. Which in my life of 27 years I have never seen.

However, with the decrease in temperature where I live, which is usually considered a dry climate, I noticed a jump in humidity. So even though it wasn’t 40 degrees, it felt like it some days. It felt like we were living in a tropical setting. So it’s safe to say that even though the temperature remained relatively low, it was still a sweaty summer.

The grass didn’t stop growing most of the summer. Only right towards the end of the season did the hills begin to brown. They kept green almost all summer from all the rainfall.

“We didn’t have to irrigate until after Christmas this year with all the rainfall, which is exceptional. Usually, we have to start irrigating in October or August,” said an Australian farmer.

With all this extra rain seen in the country, though, it hasn’t been all green paddocks and well-fed cows. There have been disastrous floods too. For example, the Northern parts of New South Wales have seen the highest floods ever on record, where floodwaters have been as high as roofs, leaving people stranded on top of their houses. Some for as long as 40 hours!

“Back in my childhood, I saw a big flood here (in Lismore); however, this flood was 2 meters higher! I never saw anything like it before,” one man commented. He was entirely accurate as the Lismore flood was the highest ever recorded in the area.

In the floodwaters, people have spotted bull sharks. Bull sharks are a unique type of shark that can swim in freshwater. There have been many recorded cases of people being attacked and even killed over the years by bull sharks as they are aggressive sharks, as the name suggests. Several different sightings have been recorded on other occasions during major floods.

Australia is a place of incredible natural beauty, but the saying “Everything is out to kill you in Australia” isn’t too far from the truth.

With such an exceptional year for rainfall, one wonders what could come next. In my small country town in Victoria, we have experienced bushfires, floods, earthquakes, tornadoes, and even the plague. I’m pretty sure the bible talks about something like this.

Enjoying the simple things in life

However, with a positive attitude regarding life, I can make my way through, one foot in front of another. I enjoy the green grass and managing the extra lawns that need mowing.

Our suffering is what makes us stronger. We will have to go through what we are going through anyway, so we may as well go through it with a positive mindset.

On the farm, the extra rain has been significant. The river is full. The wells are complete. There’s plenty of water coming from the mountains and springs, which is just marvelous to see. I’d be surprised if I ever got to see another season like this in my life.