Lu Yu, the Tea Sage Who Convinced the World to Drink Tea, Not Eat It 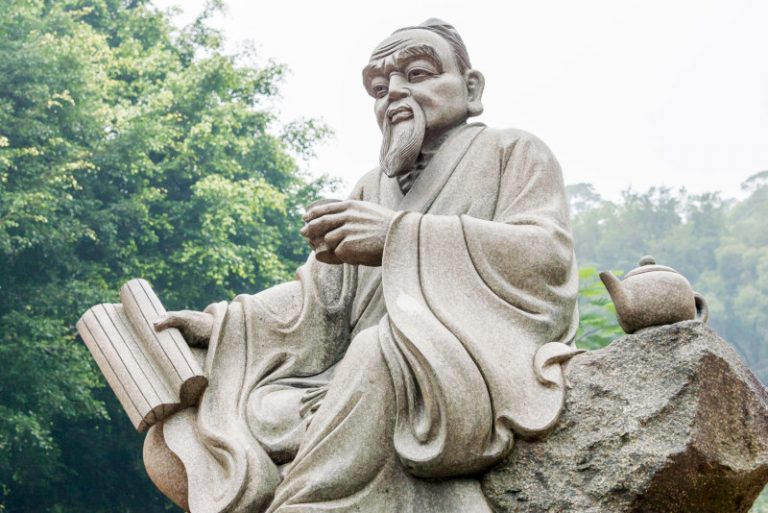 Lu Yu from China, also known as the Tea Sage, is credited with the discovery that tea is best when brewed as a beverage. (Image: Beibaoke1 via Dreamstime)

Lu Yu from China was also known as the Tea Sage. Tea is the favorite beverage for billions of people across the world and nowadays you have the ability to pick from hundreds of variants. You can get tea in many forms, including leaf tea, dust tea, and tea bags. And then there are so many green tea variants. However, not many people are aware of the person who invented the right way to drink tea.

Lu Yu was an aspiring writer with comic skills who found the best way to consume tea around the 700s. He tasted tea soup in a Buddhist monastery located in central China, but the experience left him unimpressed. He did not like the other ingredients used in that tea soup. The brew had mint, Dogwood berries, ginger, jujube dates, scallions, and citrus peels. All these were smashed together into a paste. It was not exactly a sauce. He finally figured out the best way to consume tea — by brewing dry tea leaves in hot water. Before that, people simply ate tea leaves without ever thinking of brewing them.

In ancient ages, the Chinese picked up the habit of chewing tea leaves from the Burmese tribes. They thought using tea as food would help in enhancing concentration. Later, they started boiling fresh, tender tea leaves with water and rice. The mixture became popular. Over the years, tea soup became a household delicacy in China. They blended fermented tea leaves with rice and made blocks and baked it. This was made into a powder that was then mixed with citrus peels, scallions, ginger slices, and water to prepare the soup.

Lu Yu was not happy with the taste of the tea soup and that prompted him to devise the right way to consume tea. He started exploring China’s southwestern forests to find the top tea strains. He figured out the process of mixing dried tea leaves with water, yielding a tasty, flavorful beverage. He wrote the Tea Classic, a treatise covering the process of tea making. Lu Yu thought various properties of tea would be diminished if it was mixed with other herbs and ingredients. He insisted on making tea with water and a pinch of salt.

The Tea Classic proved to be a runaway success and Lu Yu became famous. It also inspired many imitations later. In later decades, he became the guru in Chinese tea culture. Many tea vendors regarded him as a patron saint. The Tea Classic was published at a time that proved to be convenient for it. It happened at the time of the An Lushan Rebellion, a revolution that nearly toppled the mighty Tang Dynasty. The ruling class changed its stance and they adopted tea in lieu of wine and beer.

Lu Yu’s influence was not limited to his homeland. It spread to neighboring Japan where Japanese monks adopted the habit of tea brewing. When the Europeans had their encounter with tea in the 17th century in Japan and China, it was the norm to drink tea. This was picked up by other countries, notably those that became colonies of the British. In some countries, tea is made with just water, while milk tea is also a popular beverage in many countries.

Interestingly, in some parts of the world, the tradition of eating tea is still prevalent. The native tribes of the Eastern Himalayas still eat the leaves. The Palaung tribes steam tea using banana leaves. The Jino people make pickled tea. In some provinces of China, the tribes still prefer eating tea. They like consuming leicha, a kind of tea stew. In Malaysia, pounded tea is a popular street food.