Your Guide to Bermudian Architecture 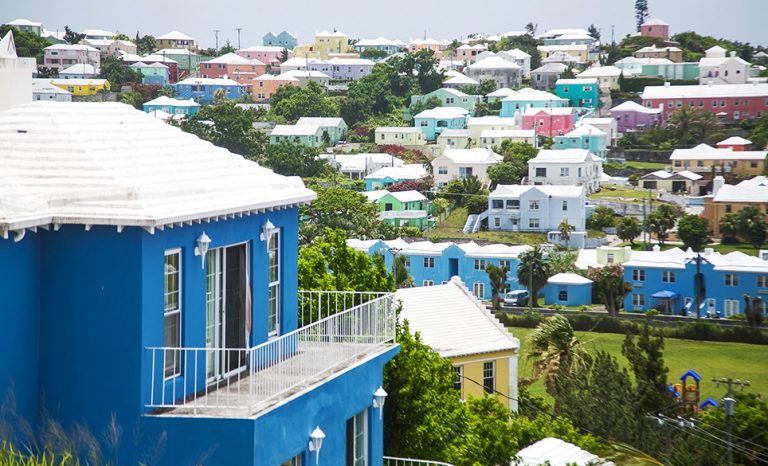 Terraced rooftops are a defining architectural style in Bermuda. (Image: via Wikipedia)

Bermudian architecture is a topic that has existed for centuries, but it has been noticed as an under-studied and fascinating topic of study in recent years. The earliest documented buildings on Bermuda date to the 1620s, with the majority being built by settlers from England, Ireland, and Scotland and enslaved Africans who arrived at the time.

The most notable feature of Bermudian architecture is the Bermudian house. These houses are usually brightly colored and built on stilts to avoid flooding during hurricane season. They may not be your average home, but they are perfect for living in this tropical paradise.

The house has become a symbol of Bermuda. It is featured on the country’s coat of arms. It became popular following World War II when many Bermudians began vacationing in their homeland after serving overseas. After spending time away, they wanted to bring some of the comforts of home to build homes that reflected that.

Bermudian houses are typically made of concrete, although there are several variants. They do not have any windows on the front (east) side to keep interior temperatures low. Instead, there is a veranda for sitting and watching the activity below in the streets or catching ocean breezes that blow daily against the east side of all Bermuda’s buildings.

The architectural elements of the Bermudian house are similar to those in British colonial architecture. The house has load-bearing masonry walls, roof tiles, stone foundation slabs, chimneys, interior partitions, iron-grille staircase windows, and louvers/latticework. This combination of features is evidence of British colonialism’s cultural and architectural influence in Bermuda.

Bermuda’s roofs have a unique history often unknown to many people. The first houses in Bermuda were built by the British in 1612, and since then, the tops on these houses have evolved. The British colonists used thatch to roof their homes early, quickly replacing this with slate tiles imported from England.

The tiles are hefty and, therefore, not easy to lift. A Bermudian craftsman handmade each roofing tile from the original coral stone. The tile must be shaped with a hammer, chisel, and rasp before being baked in an oven for two days to harden it. Then it is painted three times with a mixture of linseed oil and lampblack (a pigment) before it is installed.

There are different sizes of roofing tile in Bermuda, depending on the region of the island where they are used. The larger tiles are usually found on the roofs of eastern coastal homes because these areas tend to be windier than other regions on the island.

The roofs in Bermuda are designed to be flat so that the buildings can better withstand hurricanes because the wind flows over them fast enough to reduce damage. The flat roofs also allow for more air circulation, which helps to keep the buildings cooler in the summer.

A Bermuda home can last an average of 30 years or more with no need for repairs or replacements, thanks to the Bermuda roof. A typical Bermuda home will never even need a new coat of paint. Many modern architects and engineers have copped on the Bermuda roof and are using it in their designs. The slanted roof design benefits keeping houses cool, comfortable, and sustainable. Many modern homes now use solar panels, wind turbines, and other forms of renewable energy to provide power for themselves.