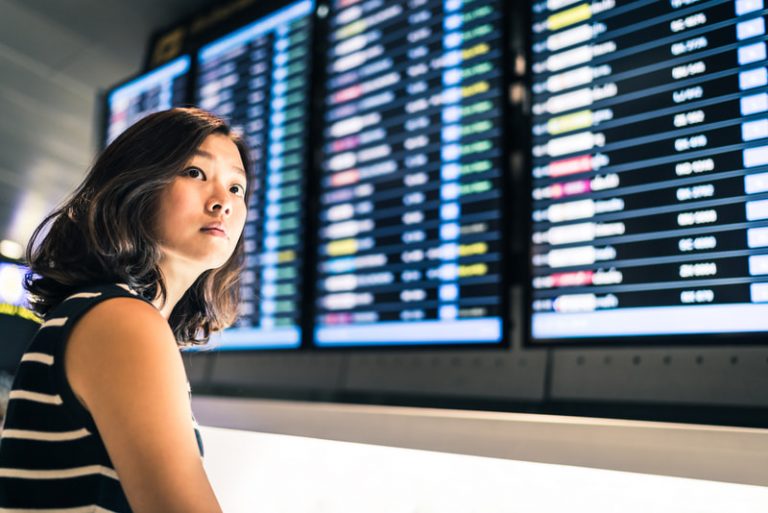 During a series of long flights, someone noted that the Chinese travelers didn't seem to spend much time quietly reading, but were always busy and distracted instead. (Image: Kawee Wateesatogkij via Dreamstime)

A recent article written by an Indian engineer went viral on the Internet. The title of the article was: A Worrisome Sight: Chinese Dislike Reading. When the engineer was on a long flight from Shanghai, he observed many Chinese people playing with iPads, playing games, or watching movies. He did not see any Chinese people reading. That scene stuck in his mind.

He noticed the same thing at the Frankfurt airport terminal — while a lot of Germans were quietly reading, most of the Chinese passengers made a lot of noise while they shopped, comparing prices, and laughing loudly.

This seems to be familiar behavior among Chinese travelers, both at train stations and airports. When they have a spare moment, they make phone calls, send text messages, or play games; they are always busy and distracted, whether they are being quiet or loud. What is obviously missing is a sense of peace and tranquility.

Recent media reports show that Chinese people read an average of 0.7 books per capita compared with South Korea’s 7, Japan’s 40, and Russia’s 55. The Chinese reading record is pitiful in comparison.

Japanese management guru Kenichi Ohmae revealed that when he traveled in China, he found massage parlors all over the city streets and very few bookstores. China’s people spend on average less than 15 minutes a day reading.

There are four reasons for this low reading score:

People from Israel and Hungary love to read. In Israel, almost every mother tells her children that diamonds and gold are not nearly as precious as the wisdom that is found in books, which no one can take away.

Jewish people are the world’s most literate; even beggars cannot be separated from their books. In the eyes of the Jewish people, loving to read, whether it’s books or newspapers, is not only a wonderful habit, but it is also a virtue.

The most typical example is that on the Sabbath, all shops close for the day, and people stay home to rest or pray, but all the book shops nationwide are allowed to stay open for business. Many people spend the Sabbath quietly reading in their local book shop.

There is a library for every 500 people on average in Hungary, but in China, it is one library per 459,000 people.

Knowledge is both power and wealth.

Israel does not have a dense population, but it has produced a total of eight Nobel laureates; Hungary has also produced a high number of Nobel winners, with 14 awards across many areas, including physics, chemistry, medicine, economics, literature, and peace.

Hungary is a small country, but their love of reading helps them to gain wisdom and strength.

It was said that the only baggage Napoleon carried was books. Books are power! So when you have time, don’t go to the theater or stroll the streets — make a trip to the library instead.

Researched by Monica Song, and edited by Kathy McWilliams