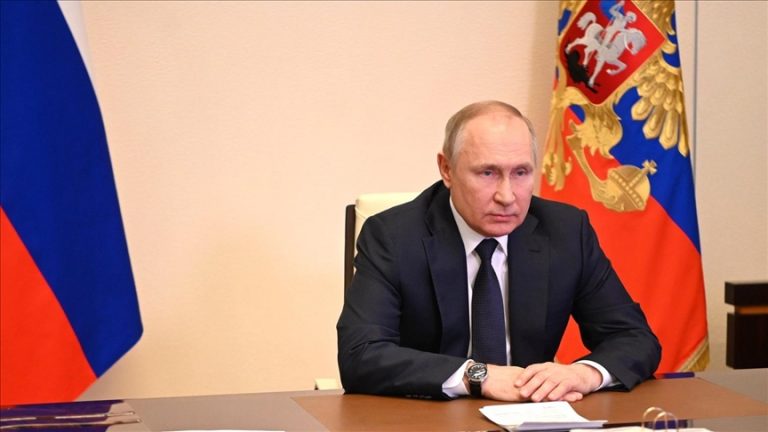 War, an element of the human condition, has existed throughout time. And although the tools of warfare have changed, the strategic rules for preparing for a successful campaign, as codified in an ancient work The Art of War, remain unchanged. Unfortunately, Mr. Putin ignored most of its teachings and is now suffering the consequences.

What Mr Putin failed to consider

A thoughtful analysis of Mr. Putin’s goals concludes that he intended to flood Ukraine with overwhelming firepower, seize critical cities, and remove the current Ukrainian government. Instead, what he envisioned as a quick Russian takedown of an inferior Ukrainian defending force has turned into an increasingly bloody slog with no guarantee of success.

That the war has stagnated should be no surprise for those who have studied The Art of War. Mr. Putin, and the commanders under him, ignored the basic principles of preparing an army and waging war. They did not understand the capabilities of Ukrainian forces, did not account for the conditions on the battlefield, and did not acknowledge and mitigate the vulnerabilities of their forces.

These principles of war have been known for over two millennia and were compiled in The Art of War, which Chinese General Sun Tzu wrote in the sixth century BCE. The Art of War is a list of instructions on making war and is considered a concise, insightful, and still enduring work on military strategy. Its philosophy of successful war-making is still applicable to modern military engagement.

When laying plans for a successful campaign, Sun Tzu set forth several “considerations” of the circumstances of war that could predict the outcome of a campaign. These included the physical characteristics of the battlefield, the nature and makeup of the opposing armies, and commanders’ abilities.

The abilities of commanders

There are two commanders in this war, Mr. Putin and Mr. Zelenskyy.

We can confidently state that Mr. Putin is the principal general and the leader of the Ukrainian campaign. Why? Because his generals did not plan the war. They are only lieutenants, merely executing the desires and directions of Mr. Putin.

His adversary in this battle and opposing general is the president of Ukraine, Mr. Zelenskyy. An unlikely candidate for the most significant European conflict since WWII, Mr. Zelenskyy has none of the perceived characteristics required for commanding success on the battlefield. Yet, Mr. Zelenskyy has prevailed over Mr. Putin.

1. 智 – This word can be interpreted as “Wise and Strategic.” The emphasis here is on a commander’s critical thinking ability. However, it can refer to a leader’s capability or competence in a broader sense. The ability to think strategically, respond quickly to changes, and anticipate the enemy’s moves are high on the list of Sun Tzu.

2. 信 – This word can be interpreted as “Trustworthy or Integrity.” Can this commander be trusted? Does the commander do what he says and say what he does? In a broader sense, it can even include being faithful to the common belief or mission. In short, Sun Tzu is looking for a man of his word.

3. 仁 – This word can mean “Benevolence or Love.” The commander needs to love and protect his troops and the people he is fighting for. It also means to treat people with respect and kindness, thereby winning the hearts of his followers.

4. 勇 – This word can be interpreted as “Courage or Valor.” A commander requires courage to make quick and difficult decisions. It is important to note that a commander’s valor is often thought to be crucial in inspiring the entire army and his people.

5. 严 – This word can mean “Strict or Disciplined.” There can be no ambiguity in the chain of command in a war. A commander’s ability to enforce discipline whenever it is called for can be the decisive factor between success and failure, survival or extinction. In a broader sense, it can mean having high standards for the troops and the determination to preserve them.

Now committed to besieging the defiant cities of Ukraine, Mr. Putin has tethered his fate and the fate of his nation to siege warfare. A bloody drawn-out affair will sap the ability of his country to defeat an army that is gaining in size and strength by the day as arms and volunteers employing guerilla tactics swell its ranks.

Reviewing the current course of the war and Putin’s lack of success does not bode well for his desire to conquer Ukraine. On fighting a protracted campaign, Sun Tzu offered this warning.

“When you engage in actual fighting, if victory is long in coming, then men’s weapons will grow dull and their ardor will be damped. If you lay siege to a town, you will exhaust your strength.”

With a further warning.

“The comander, unable to control his irritation, will launch his men to the assault like swarming ants, with the result that one-third of his men are slain, while the town still remains untaken. Such are the disastrous effects of a siege.”

Mr. Putin has ignored or discounted almost every aspect of The Art of War. As a result, he will never realize his desired goal of assimilating Ukraine into his new Russian Empire.

Instead, he will be defined in history as the author of a bloody event that has cost the lives of thousands of Russians and Ukrainians alike. What was true 2,000 years ago remains so now.