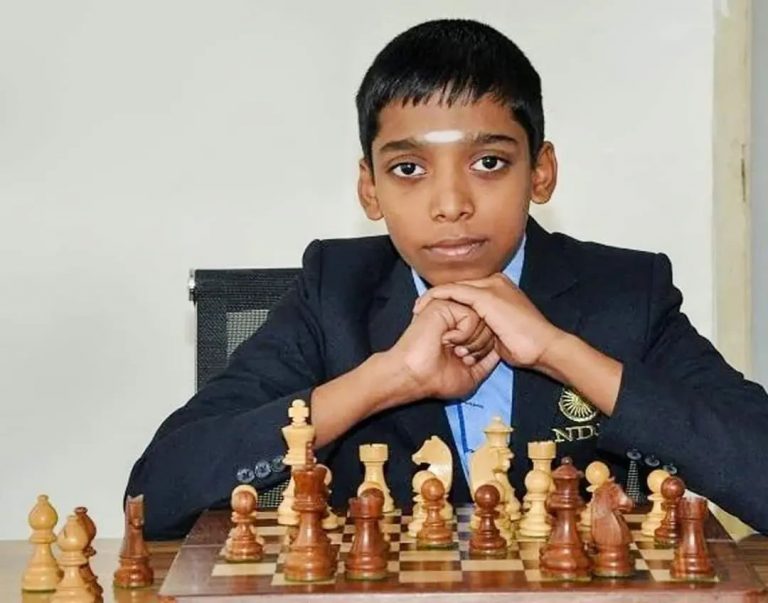 The Indian prodigy, commonly known as “Pragg,” is the youngest chess player ever to defeat Carlsen and end his long hold as the world champion.

The 16-year old chess genius achieved a stunning victory against his opponent with 39 moves. He played from his computer in Chennai, India, at nearly three in the morning because of the competition time difference. In an interview with Chess 24, Pragg humbly expressed that he was “really happy” about his victory.

A victory well-earned against Magnus Carlsen

However, it wasn’t all smooth sailing for Pragg throughout the competition. The Airthings Masters rapid chess event featured 16 elite players in total. On Day One of the competition, Pragg faced a disappointing three straight losses, landing him 15th out of 16th place.

As the tournament continued, Pragg was happy to play a better game when he was up against the world champion, successfully playing to avoid a draw and cleverly turning the tables when he saw the chance.

When Carlsen made the 32nd move with his knight, the chess commentators believed he made a mistake. British grandmaster and Chess 24 commentator David Howell questioned Carlsen’s play, expressing: “Is this clever, or is this madness?”

Pragg played this move to his advantage, and in the next 10 minutes and seven moves, he snagged his stunning win. During his game with Carlsen, the young chess prodigy played the black chess pieces, thus moving second, which is considered playing at a disadvantage.

A historic game in the world of chess

Although the 31-year-old Carlsen still topped the 2022 Meltwater Champions Chess Tour, Pragg’s victory against him is a massive feat, impressing the chess world.

India’s Prime Minister Narendra Modi wrote on Twitter his congratulations for the Chennai-born chess player, saying: “We are all rejoicing on the success of the young genius R Praggnanandhaa. Proud of his accomplishment of winning against the noted champion Magnus Carlsen. I wish the talented Praggnanandhaa the very best for his future endeavors.”

Meanwhile, a retired international cricketer and one of the greatest cricket batsmen in the world of sports, Sachin Tendulkar, offered his praise for Pragg as well on Twitter. Tendulkar expressed that Praggnanandhaa has made India proud and that he wishes the teen chess grandmaster a long and successful career ahead.

For young Pragg, his recent accomplishment will continue to inspire him throughout the years. “Beating a player of Magnus’ caliber gave me tremendous self-belief,” Pragg stated in an interview with The Times of India. The Chennai-born player continued to say that he looked up to Magnus Carlsen since he was a kid and that whenever he would need to lift his confidence in the future, he could think back to this game with Carlsen.

Despite not being able to qualify for the Airthings Masters quarterfinals, Pragg has lots to be proud of. Especially since he also scored a win against chess elite player Levon Aronian, the fourth highest-ranking player in Chess history.

Rameshbabu Praggnanandhaa is currently the fifth-youngest chess grandmaster. In 2013, he placed first in the Asian U8 Championship. 2015 marked his win at the World U10 Championship. Meanwhile, in 2016, he won gold at the U12 section of the Asian Youth Championship.

At 10 years of age, Pragg became the youngest International Master in chess history. He is also the third chess player from India to beat Magnus Carlsen. The first two were Vishy Anand and Pentala Harikrishna.