A Story of Tragedy: What Some Soldiers Face When Returning Home 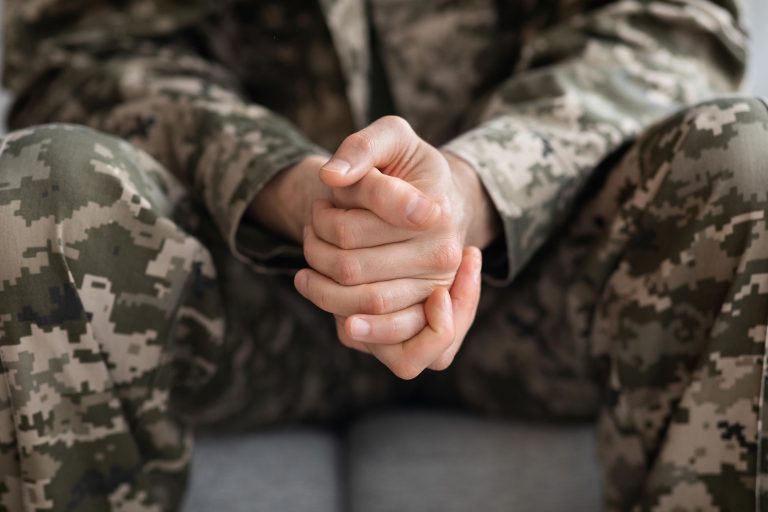 War for most soldiers is a time of great sacrifice and suffering, it's important they receive a warm and compassionate welcome upon their return. (Image: Prostockstudio via Dreamstime)

This is a story of one of the soldiers who came home to find things are just not the same as they use to be. We often find it easy to love people who look good. However, we also often don’t like people who can be an inconvenience to us.

The real war for soldiers begins when they return home

War is a place that most people will never see, but a few brave men and women volunteer to go. However, it’s when these soldiers return home that their real war begins. John, who was finally coming home after serving in Afghanistan, made a phone call to his parents at the airport to give them the good news, and to ask a favor of them:

“Mom, dad, I am coming home, but I have a favor to ask you. I have a friend with me that I would like to bring with me.”

His parents agreed, saying how they would love to meet his fellow soldier. However, his friend was not so lucky during his time of duty. John told his parents:

“There is something you should know about him, he was hurt pretty bad. He stepped on a land mine and lost both a leg and an arm. He has nowhere else to go, so I would like him to come and live with us.”

John’s parents were saddened to hear this, and said that they could “help him to find someplace to live.” On hearing this, John stood firm and said that he didn’t want that, he wanted his friend to stay with them. However, John’s father replied:

“Son, you don’t know what you are asking for, someone with such a handicap would be a burden on us; we have our own lives to live.

“We just can’t, something like this will interfere with our lives. You should just come home and forget about that guy.”

After the phone call, John’s parent’s heard nothing from him. Only a few days had passed when they received a call from the police. The police informed them that they had found John’s body; seemingly, he had fallen from a building.

John’s grief-stricken parents flew to the city where his body was found. At the city morgue where they had to identify the body, the police told them that John had committed suicide.

To their horror, they discovered John had only one arm and one leg. It soon dawned on them that John was talking about himself.

We tend to avoid people who we think aren’t as beautiful, smart, or as healthy as us. However, what we should be doing is valuing life regardless of the condition, because you just never know what’s around the corner.