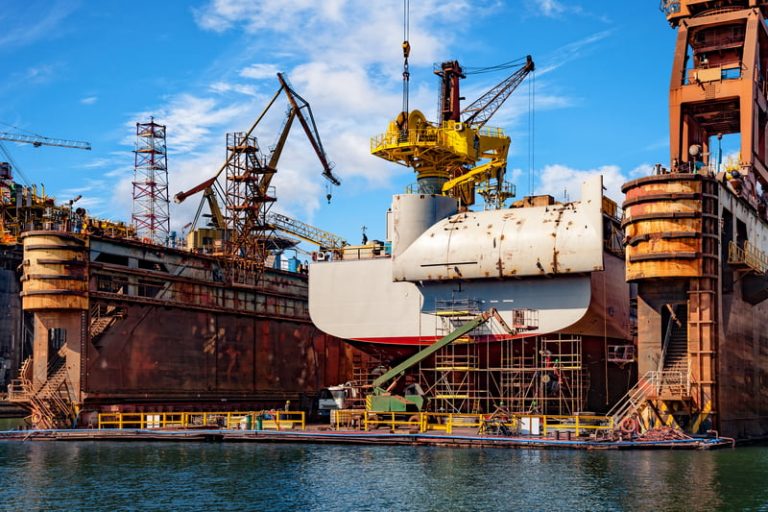 As an important R&D and production base during the Soviet era, China turned to Ukraine in order to obtain world-class warships and engines they could reverse-engineer to build naval vessels. (Image: Nightman1965 via Dreamstime)

Which country has helped build the Chinese Navy? It is neither Russia nor the Soviet Union, nor the United States. It is Ukraine that is responsible for Chinese naval power.

Ukraine is the second-largest republic of the former Soviet Union, after Russia. Ukraine was an important R&D and production base for the USSR Navy during the Soviet era. Aircraft carriers in the Soviet era were all built in Ukraine. In addition, Ukraine has the Antonov Design Bureau that designs aircraft carriers. For example, the An-255 is an Antonov product; it has a maximum take-off weight of 640 tons and was the largest cargo aircraft in the world at that time.

In the early 1990s, the Soviet Union had just disintegrated and by then, Ukraine had reached world-class levels in the design and production of warships, engines, tanks, and so on. At that time, the Chinese Communist Party (CCP) encountered a global backlash and a technological blockade following their violent military crackdown of students at Tiananmen Square on June 4, 1989. So Ukraine naturally became the target of the CCP’s constant poaching.

The Chinese Navy’s first aircraft carrier, the Liaoning, is actually the Ukrainian Varyag, originally designated by the Soviet Navy as a heavy aircraft-carrying cruiser. The Varyag was built by and for the Soviet Union and launched in 1988. Later, because of the disintegration of the Soviet Union, construction was halted with only 67 percent of the works completed; the ship was structurally complete but without electronics. It remained docked and unmaintained in the shipyard.

The CCP wanted an aircraft carrier, so it deployed sneaky means to obtain one. In 1998, a CCP agent, a veteran, and a Hong Kong businessman bought the Varyag and its full set of design drawings at the offer price of US$20 million on the pretext of turning it into a floating casino.

The ship was first towed to Macau, and then purchased by the CCP at a price of 800 million yuan (US$125.74 million dollars). It was later officially handed over to the military for an extensive transformation of its hull, radar, and electronics systems.

During the transformation process, the CCP also hired a large number of Ukrainian engineers to provide advice and guidance to assist in solving various technical problems. After years of refits, in 2012, the former Varyag was officially commissioned and named Liaoning. Two months after the ship was commissioned, its first carrier-based take-off and landings were conducted.

In addition to the above-said aircraft carrier, the CCP’s first J-15 carrier-based aircraft also originated from Ukrainian technology. The main carrier-based aircraft in the Soviet era was the Su-33. At that time, the CCP wanted to acquire the Su-33, learn from it, and imitate it, but the Russians would not sell them one. The two countries had a good relationship at the time, so why wouldn’t they sell it to them?

In the 1990s, the CCP signed a contract with Russia to produce 200 Su-27s locally in China, which were re-named J-11s by the CCP. After only 95 aircraft were produced, the CCP suddenly tore up the contract and told Russia that the Russian technology is backward and they (the CCP) didn’t need them or their technology.

At the same time, the CCP secretly used Russian technology to continue producing the J-11, but did not pay Russia a single cent. Russia was furious over the matter. This led to the Russian military having a particularly strong adverse opinion of the CCP to the extent that when the CCP wanted to buy the Russian Su-33, they would definitely not sell it to them.

What did the CCP do at that point? The CCP honed in on Ukraine again. Several of the prototypes of the Su-33 remained in Ukraine, not to mention that Crimea still belonged to Ukraine back then. Crimea was an important experimental site for the Soviet Union to conduct carrier-based aircraft training and testing.

The CCP had successfully purchased two prototypes of the Su-33 from Ukraine, and using them as a model, the Chinese J-15 carrier-based aircraft was developed. The CCP also imported four sets of arresting gears from Ukraine, and Ukraine also dispatched technicians to assist in the construction of ground training facilities for carrier-based aircraft in China. It can be said that without Ukraine, there would be no current CCP aircraft carrier formation.

For warships, the engine is the heart of the vessel, and the technical difficulty in its production is the highest, with the marine gas turbine offering the best performance. For a long time, the CCP had not been able to make a breakthrough in the area of naval gas turbine technology. In the 1980s, the CCP had been trying to procure the world-renowned LM2500 gas turbine from the United States. This gas turbine was routinely deployed in the U.S. Burke-class of general-purpose destroyers. However, the CCP was unable to procure it.

The CCP turned to Ukraine again. In fact, after the disintegration of the Soviet Union, Ukraine inherited 25 percent of the Soviet shipbuilding capacity, including the design and production capability of the most critical component — the marine gas turbine. In 1993, the CCP began to import UGT-25000 gas turbines from Ukraine — as well as the supporting technical drawings – and copied them. The copied version was named the “QC280.” The weight is 40 percent heavier than the same product in the United States and has higher power. It can reach 28,000 kilowatts, so its performance is fairly good, although not as good as the American version.

Subsequent Chinese warships all use Ukrainian engines or Chinese imitations. For example, in 052B and 052C destroyers, the original Ukrainian engines were used. When it comes to 052D and 055 destroyers, Chinese imitation products were used. In addition to the steam turbine that burns the boiler, the Chinese Navy relies on this Ukrainian product. It can be said that without Ukraine, there would be no Chinese Navy.