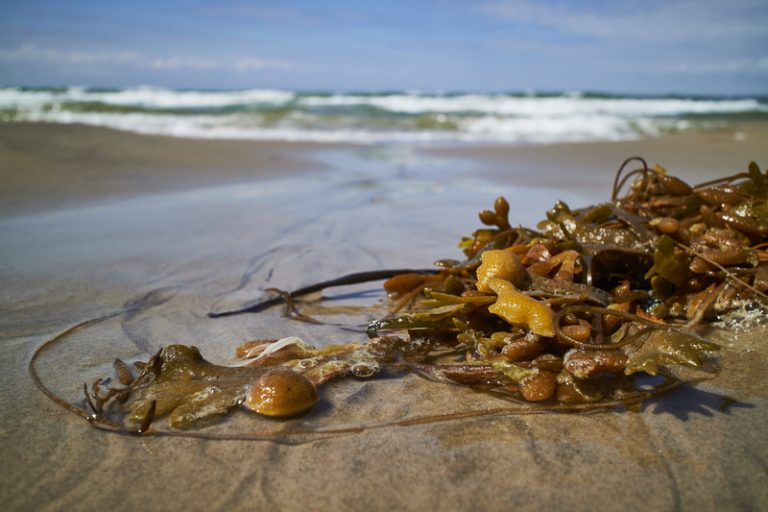 Irish moss is found along rocky North Atlantic coastlines and is especially abundant in the British Isles. (Image: Johny Kristensen via Dreamstime)

During the potato famine of 19th century Ireland, Irish moss saved thousands of people from starvation. Also known as carrageen moss (meaning moss of the rock in Irish), it is named after the coastal town of Carragheen in southeastern Ireland. It is also found on the northern shores of the Atlantic as far south as Portugal.

Irish Moss got its name when it was made famous during the potato famine in Ireland in the 1800s. Because people were starving and desperate for food, they began eating the red algae that were on the rocks. As a result, the name stuck.

Irish moss is also referred to as carrageen moss because of its high carrageen content. The early Irish immigrants who migrated to Canada and New England were the first Europeans to gather and make use of it in North America. It contains the polysaccharide carrageenan, a natural thickener used in soups, puddings, and ice cream.

Traditionally, the primary role of this herb was for speeding recuperation from debilitating illnesses, especially TB and pneumonia. Typical preparations come as teas, tinctures, or tablets made from the whole dried plant, usually in combination with other herbs.

Because 55 percent of Irish moss is mucilage, a thick gluey substance, it is classed as a demulcent, producing a soothing effect by lining the mucous membranes of the intestinal tract with mucilage that is very resistant to digestive juices. As a digestive remedy, it aids conditions such as gastritis, colic, ulcers, flatulence, difficulty in swallowing, vomiting, and diarrhea. Long-term use, however, can decrease stomach acid and thus interfere with digestion.

In addition to soothing the intestinal tract, Irish moss can aid respiratory complaints and urinary conditions such as kidney and bladder inflammations. As a lung and respiratory remedy, it has the ability to help clear the chest, ease bronchitis, and restore dry and irritated mucous membranes.

Externally, Irish moss can be used to dress wounds as it alleviates pain and relieves irritation. Its cooling and detoxifying nature comfort sunburn, bites, and other skin conditions.

Since Irish moss has blood-thinning properties, it should not be used by those taking anticoagulants.

You may be wondering what the difference is between sea moss and Irish moss. While sea moss is much more abundant and accessible, Irish moss is harder to come by. It is quite rare that you’ll find abundant real Irish moss. It’s hard telling the various sea moss species apart once they’ve been dried and packaged.

The original Irish moss goes by the Latin name Chondrus crispus and has a natural distribution limited to rocky North Atlantic coastlines. It prefers cooler water and is happiest between 60°F and 70°F. It’s especially abundant in the British Isles, which of course includes Ireland, but it’s also plentiful in Canada and down into Maine. Chondrus has several cousins that are often marketed as Irish moss or sea moss.

Worldwide, almost all farmed seaweed is grown in the ocean, mostly in sheltered bays on lines or nets, but not in tanks or tide pools. It’s difficult for land-based tank farms to economically compete with sea-based farms that have vast acreages at their disposal and lower operational and energy costs.