The Joy of the Waist Drum Dance 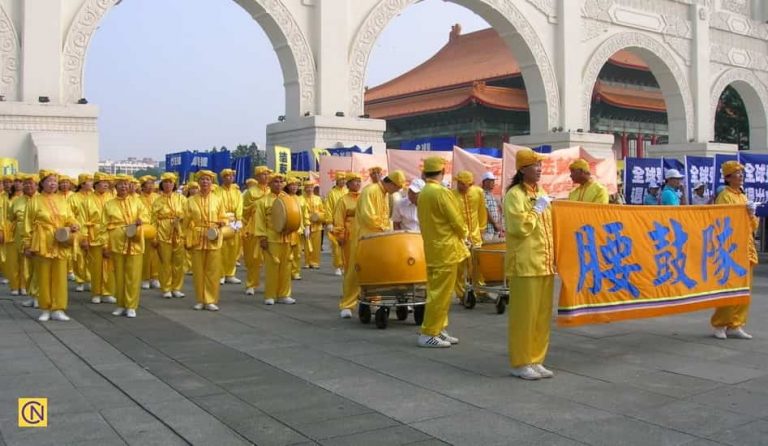 The waist drum dance is part of traditional Chinese folklore. Due to its inspiring sound and vigorous movements accompanied by rhythmic drumbeats, many waist drum teams have been established in many countries, including the United States, Japan, Taiwan, South Korea, Vietnam, Australia, and Europe in recent years.

History of the waist drum dance

It is said that the waist drum first appeared in China’s Qin Dynasty (221-207 B.C.) and Han Dynasty (202-220 B.C.). Soldiers used them to sound alarms for surprise attacks on the battlefront, boost morale, and celebrate victories.

For the exciting performance of a waist drum team in the United States, please watch the following video:

A concentration of waist drums and other related items have been unearthed in the historically significant frontier fortress in the Yin ruins of Anyang City in China’s Henan Province. These relics excavated in the regions near the Great Wall suggested that ancient Chinese soldiers used waist drums.

Over time, the waist drum performance had evolved into a religious activity to worship gods and disperse evil spirits, pray for good weather, and have an abundant harvest in China in earlier times.

Waist drum dance performers usually wear plain silk gowns with a towel or silk scarf tied on their heads. The drums are strapped to the performers’ waists with silk to allow the drummers greater mobility when dancing, leaping, or beating.

Holding one drumstick in each hand, waist drum performers usually dance back and forth or jump from time to time like soldiers fighting each other. In the meantime, they play drumsticks, formation changes while performing vigorous dances.

Besides the accompaniment of rhythmic drum beats, they also perform dynamic songs or music. During the process, performers utter the sound “Hai! Hai!” from time to time to enhance the excitement of the performance. Its rhythmical drum sound and graceful dances are so uplifting and inspiring that the performance always creates a vibrant carnival atmosphere.

The waist drum team in Taiwan

Schools and civic organizations across Taiwan establish various waist drum teams. The Falun Dafa Waist Drum Teams are composed of Falun Gong adherents from all walks of life in Taiwan. They practice in their spare time, aiming to promote traditional Chinese culture.

Their high-spirited performances perfectly demonstrate the magnificence of traditional Chinese art and the vitality and vigor of the Chinese nation.

The waist drummers have performed in various cities worldwide and have deeply touched the hearts of numerous people the world over.

With a pure heart and firm belief, they perform the waist drum dance in great unison. Their high spirits and enthusiasm, coupled with the rhythmic drumbeats and the vigorous movements, bring people not only joy, but also inspiration!