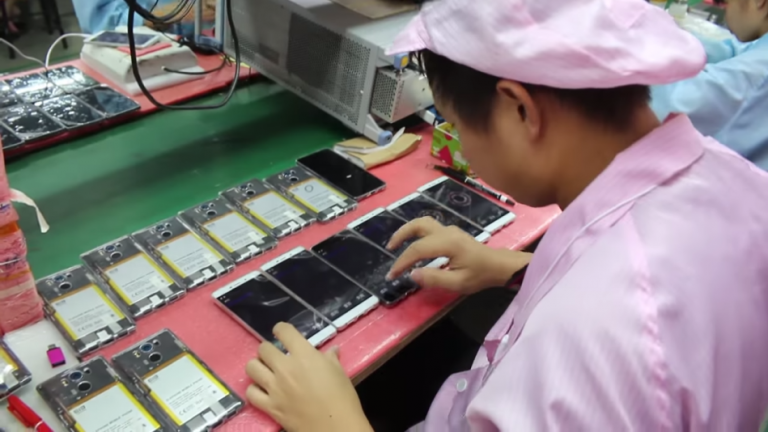 For quite some time, allegations have been labeled against China for using unfair means to harass ethnic minorities and exploiting the population for commercial purposes. (Image: Screenshot via YouTube)

For quite some time, allegations have been labeled against China for using unfair means to harass ethnic minorities and exploiting the population for commercial purposes, using them as forced labor. For example, the Uyghur Muslims staying in the Xinjiang region are reportedly controlled by the Chinese Communist Party (CCP) machinery.

The Chinese state media outlets do their best to bury the truth. However, several human rights entities have slammed the Chinese government for such malpractices, and they have demanded the CCP should stop the exploitation of ethnic people. Now, the U.S. government is keen on taking stringent steps to ensure the products made by the extraction of unethical labor in the Chinese areas are not imported.

The Biden administration is now busy laying out plans that will enable it to enforce a ban on importing products made with unethical forced labor in China’s Xinjiang region. The call to boycott China-made products produced by exploiting ethnic minority groups is getting stronger with time. China, as usual, has denied the allegations of abusing and exploiting Uyghur Muslims in that region. U.S. President Biden signed a new bill prohibiting the products made with such malpractices in China late last year. Notably, several technology giants are also withdrawing their operations in China for the same reason.

There is a legal provision in the U.S. to thwart importing goods made with forced labor. However, the implementation of the Uyghur Forced Labor Prevention Act puts the onus on companies from customs officials. The companies will have to show that their facilities and suppliers are not involved with labor exploitation in China. The bill was cleared by the Senate and House nearly unanimously. The bill will cover a lot of raw materials and products, such as cotton, minerals, petroleum, and sugar manufactured in the Xinjiang region. The Biden administration has lashed out at the CCP and labeled the illegal detention of over a million Uyghurs and their exploitation as genocide.

The implications of such laws thwarting the usage of forced labor in China can be far-reaching, and some companies might be caught unaware, say analysts. Sheffield Hallam University’s human rights professor Laura Murphy says: “I anticipate that there will be many companies — even entire industries — that will be taken by surprise when they realize that their supply chains can also be traced back to the Uyghur region.” Implementation of the law is what matters, says A.F.L.-C.I.O’s international director Cathy Feingold. She adds: “Genuine, effective enforcement will most likely mean there will be pushback by corporations and an attempt to create loopholes. So the implementation will be key.”

Already, brands like Coca-Cola and Nike, along with the U.S. Chamber of Commerce, are trying to curtail the bill’s scope. However, the Biden administration thinks that the legislation should be implemented cautiously. They opine that strict deployment of the law may lead to enhanced supply chain disruptions. There is no denying the fact the U.S. economy is reeling under inflation. Xinjiang is a region eyed by many U.S. and European companies for their product supply. It is replete with raw materials like oil and coal. It is also known for sprawling farms. It is also a significant source of polysilicon and cotton. Moreover, it is a top source of high-quality cotton.

As U.S. political leaders and lawmakers are keen on imposing financial pressure on China to combat its practice of minority exploitation, the heat is being faced more by U.S. companies. China supplies a lot of raw materials used by U.S. companies. So U.S. businesses have to fathom if their products are being sourced from Xinjiang. Many of them say that beyond the direct suppliers, it is hard to know the origin and whereabouts of their Chinese product sources. China, on its part, has responded, saying the U.S. wants to bottleneck the economic growth of China through such measures.

However, a handful of U.S. companies agreed to abide by the stance taken by the Biden administration. These include U.S. brands like Patagonia, Reformation, L.L. Bean, and L Brands, the parent company of Victoria’s Secret.