The Largest Statues in the World Are Mostly Religious Ones 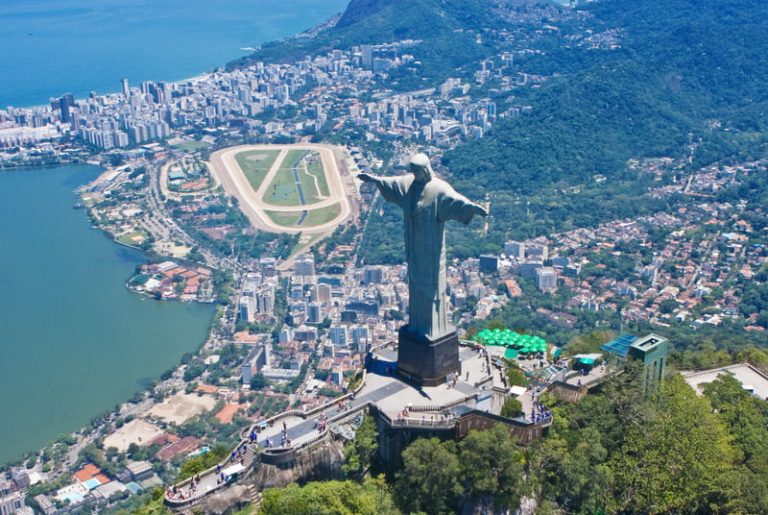 Towering over Rio de Janeiro, the statue of Christ the Redeemer is an impressive sight. (Image: Quoc Anh Lai via Dreamstime)

There are many ways to express yourself through art and one of these is through eye-catching and aesthetic sculptures. Did you know that the largest statues in the world are based on religious themes and consist of deities, apostles, and holy figures? Some such sculptures carved out of stone and metal remain as memorable and heritage statues. Not all of these statues manage to survive the ravages of time and a handful of these are more famous than the others. You will find statues of men and women, of monarchs and animals. You will also find a few statues symbolizing a particular concept or philosophy.

Some of the largest statues having religious and spiritual connotations

Regarded as one of the iconic statues of Jesus, the statue of Christ the Redeemer is located in Rio de Janeiro. It is 98 feet tall, but owing to its position on a monolith, it appears even taller. Made in 1931, the statue has 200 steps to reach the top. The iconic statue has been modified a number of times since its inception.

The Statue of David

Located in Italy’s Florence, the famous Statue of David is just 17 feet tall. It, however, looks larger than life. The statue has been crafted meticulously and the resemblances to a human body are remarkably accurate. Michelangelo’s David was crafted over two years and it became a masterpiece upon completion.

This Buddha statue is located in China. Its origin can be traced to the 8th century. The 230-foot-tall statue is a marvelous work of art. It happens to be the largest Maitreya statue made with stone. The aesthetic sculpture was completed over a period of 90 years.

Hong Kong has many tourist attractions to its credit, but spiritually inclined visitors do not skip visiting the magnificent Tian Tan Buddha statue. Located on Hong Kong’s Lantau Island, this iconic landmark is made with a steel framework and bronze façade. It is 112 feet tall. To reach the statue’s top section, you will have to climb 28 steps.

The Angel of the North

Located in Gateshead in the UK, this impressive statue was created by Sir Antony Gormley in 1998. The wingspan is 180 feet. The artistry is worth applauding and the statue is capable of withstanding a high wind speed despite its massive width.

There are so many Buddha statues in various parts of the world, but this one is special. Located in China’s Lushan region, this statue is 500 feet tall. It was made over a period of 11 years. It is made with copper, steel, and gold. The majestic statue is placed on a lotus throne.

The Statue of Unity

India secured its place on the list of countries with tall statues with this piece of sculpture. The Statue of Unity, located in Gujarat, was completed in 2013. It is 597 feet tall and is based on renowned freedom fighter Sardar Ballabbhai Patel. The massive statue weighs almost 2,000 tons. Made with bronze plates and concrete, it was created by 300 engineers.

Christ of the Abyss

Have you ever seen a Christ statue that is partially submerged in water? If you have not, check out the Christ of the Abyss statue. Created by artist Guido Galletti, it is made of three bronze pieces. Each piece is 66 feet tall and weighs approx 800 tons.