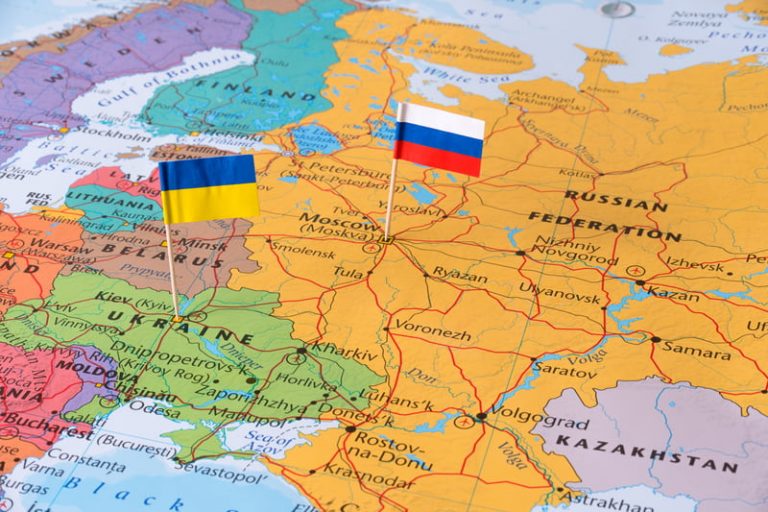 Russia and neighboring Ukraine have a long and troubled history. (Image: Sjankauskas via Dreamstime)

Russia and neighboring Ukraine have a long and troubled history. The two nations have shared a past replete with turmoil and conflicts. Lately, their conflict escalated to a war that has kept global powers on their toes. While efforts are on to make the two warring countries and their leaders reach an agreement for peaceful co-existence, uncertainty looms. In this context, it becomes necessary to analyze the nuances of Russia-Ukraine relations.

It is true that Russia and Ukraine share identical cultural roots. However, over time, discrepancies in their cultural and political views have become more prominent. Moscow has insisted that Ukraine is nothing less than a part of Russia, while Kyiv has resisted the efforts of Moscow to control its functioning. However, there is no denying the reality that Ukraine used to be a part of the Soviet Union for a span of about 70 years. In the last two decades, Kyiv was vocal about Moscow trying to interfere in its internal affairs.

Analysis of Russia-Ukraine relations in history

Countries like Belarus, Russia, and Ukraine believe their ancestry lies in a medieval principality named the Kievan Rus. The Rus principality was under the reign of different dynasties after the 10th century. After the Mongol invasion of the medieval principality, it became the Russian Empire. It was in 1783 that Imperial Russia annexed Ukraine. The Ukrainian Cossacks were accepted by the tsar.

Beginning in the 19th century, the Russian monarchs tried to suppress the culture and language of Ukraine. Such efforts continued in the 20th century, with ethnic Russians being sent to present-day Ukraine. The Russian population in that country shot up almost tenfold in 1989 compared to what it was in 1917. The aim was to strengthen Russian control over Ukraine.

However, when Ukraine claimed its independence in 1917, its attempt at sovereignty came as a blow to Russian supremacy. The Soviet-Ukrainian War lasted from 1917 to 1921 and the national government in Kyiv was overpowered by the Ukrainian Bolsheviks. The Ukrainian Soviet Socialist Republic (SSR) was set up. The Ukraine SSR later blended with Russia, leading to the formation of the Soviet Union, also known as the Union of Soviet Socialist Republics (USSR).

Ukraine was designated the USSR’s breadbasket owing to its natural resources and fertile soil. The large population of the Soviet Union led to a lasting demand for food. The Ukraine SSR met this need and emerged as a big food supplier to the Soviet Union.

However, over the years, The Ukraine SSR became more industrialized. The industrial sector grew fast and the agricultural sector was also modernized. Everything was going fine until the manmade famine of the 1930s, under the rule of Joseph Stalin. It was known as a period of genocide and suppression. According to historical records, around 3.9 million people died during that period.

Crimea was transferred to the Ukraine SSR in 1954 by then-Soviet leader Nikita Khrushchev. It led to the culmination of conflict and rivalry between Ukraine and Russia over territorial ambitions. The public in Ukraine became vocal about sovereignty in the 1990s. The Ukrainian independence movement grew stronger, and independent Ukraine got its first president in 1991. After the dissolution of the Soviet Union, Ukraine gave the nod to eradicate a stockpile of nuclear weapons under the international nuclear Non-Proliferation Treaty.

In 2004, Ukraine residents were aghast when Viktor Yanukovych assumed power with the support of Vladimir Putin, the Russian President. Yanukovych did not opt for EU membership in 2013 and chose to strengthen ties with Russia. It led to the Euromaidan protests. As a result, violent agitations and movements occurred and President Viktor Yanukovych was eventually removed from office.

In February 2014, Russians took control of Crimea, a move that drew widespread criticism from other countries. That was the beginning of a long-standing conflict with Ukraine that escalated the war that is still lingering.

Russia began a huge military build-up near Ukraine’s border, overlooking warnings from the U.S. and other countries. In February 2022, it started a military operation. The warfare is still in progress and casualties and losses are mounting with each passing day.

The war between the two countries rages on and political analysts are trying to find a way out. Several country heads have tried to act as mediators between the warring countries’ governments. History shows that Ukraine has faced attacks and efforts by neighboring nations numerous times, but its people have never bowed down to invaders. It has a record of being the only city where power changed hands as many as 16 times within 3 years. The noteworthy thing is that neither the Russian Red Army nor Europe-backed Poland could retain control over Kyiv for very long.

Kyiv has a history of not surrendering to invading forces. The city rulers did not bow down to the might of the Mongol lords back in 1242. During World War II, Kyiv refused to surrender to the Nazis and put up a brave fight. Cut to the present time and you will read the news of Ukraine fighting the Russian army neck to neck, overlooking massive destruction and the loss of lives.

Over the centuries, countries like Lithuania, Poland, Russia, and the mighty Austro-Hungarian Empire have tried to reign in Ukraine, all without lasting success. The country broke free of Russia’s grip in 1917 with the setting up of the Ukrainian People’s Republic. They fought back the Bolshevik Red Army for several years. What followed was a political tug of war. Russia made Ukraine a part of the then Soviet Union by force. It lasted until WWII. Then the Nazi forces erupted on the landscape, fueled by the hegemonic rise of Hitler.

The Nazi invasion in the 1940s added a new twist to the narrative. A section of Ukrainians envisioned the Nazis as liberators from Russian aggression. They thought of the Nazis as a temporary means to thwart the Russians. The Nazis’ wartime actions known as the Holocaust took place near Kyiv. This fact is often cited by Putin to put the Ukrainians in the same light as the Nazis. Ironically, after taking aid from the Ukrainians in WWII, the Germans changed their attitude.

The view and concepts of Ukrainians about their history and cultural heritage have changed over the years. The Ukrainians who took part in the Holocaust were later given the honor and status of national heroes. The government in Ukraine passed a de-communization law in 2015, removing communist monuments and renaming such places. The Soviet narrative was quite one-dimensional, but the Ukrainian narrative is just the opposite.

A section of political analysts is sure that Russia aims to annex Ukraine under the guise of an autonomous country. This would strain Russia-Ukraine relations even more. Russia, for a long time, has painted Ukraine’s quest for sovereignty as an unethical and Nazi-inspired endeavor to hurt Russian sentiment and unity. They think the Russian president has a desire to unite the ancient Kievan Rus’ people of Belarus, Russia, and Ukraine under one umbrella. However, that will prove to be an uphill task if the strong resistance from Ukrainians is anything to go by.