How Our Ancestors Viewed Wealth, Poverty, and Virtue 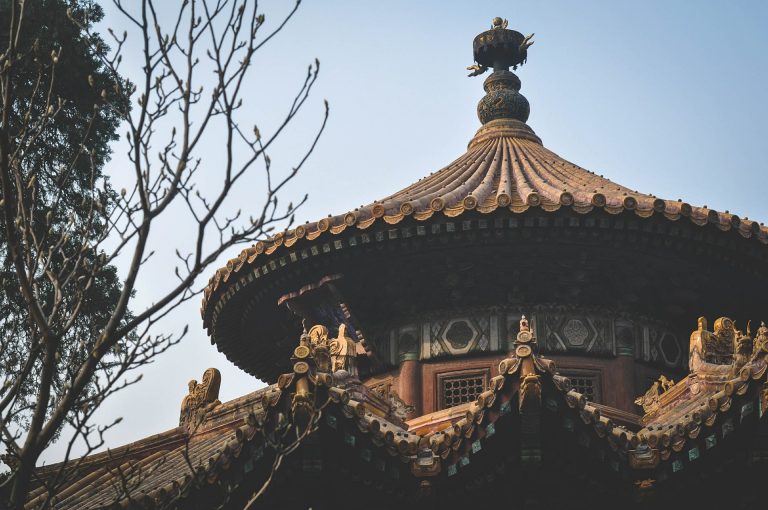 In this current cycle of time and space, many things around us, including poverty and wealth, follow certain laws. The criterion our ancestors used to measure wealth and poverty aligned with these laws, especially as far as virtue was concerned. This was quite different from that of our modern thinking.

If we look beneath the surface and consider this issue from the bigger picture of reincarnation and ancient history, we may uncover a clearer and more rational way of thinking about things.

The true measure of wealth and poverty

The culture of the Zhou Dynasty was based on an ancient philosophy called Zhou Li. Based on the core teachings of Confucius, Zhou Li promoted traditional values for determining how an ideal society should be structured. Looking back at this 2,000-year-old Dynasty, we can learn more about the traditional standard for viewing wealth and poverty.

The ancient text The Analects of Confucius says: “Zhou was blessed with good people, which was wealth.” This means that the Zhou Dynasty regarded good people as the wealth of a society. In other words, the more good people there are in a society, the richer the country will be. Conversely, if there are fewer and fewer good people, no matter how much wealth they have, the country is actually getting poorer and poorer.

It can also be seen from this sentence that our ancestors were well aware of the relationship between virtue, talent, and a prosperous society. For example, if a person has great virtue and talent, he will make great contributions to society. For those who have great virtue but little talent, although they cannot make great contributions, at least they are beneficial to society. Those who have no virtue and no talent have bad hearts, but even if they want to do bad things, they are not good at doing bad things. The worst are those who have talent but no virtue, for they will harm and disrupt society.

Due to their unique experience of internal and external conflict and aggression over the past 100 years, the Chinese people always worry that their country may not be strong enough. Subconsciously, they often confuse the country being good (virtue) with the country being strong (talent). It seems that as long as it is strong, it will be good. But in fact, being strong and being good are completely different concepts.

The harmonious role of women in traditional China culture

When it comes to the virtue of women, many people think of the famous saying: “A woman who lacks talent is virtuous.” Because of such sayings, they believe their ancestors did not have enough respect for women. In fact, the original meaning of this sentence is quite different.

The original words come from the text “a man who has virtue has talent, and a woman who has no talent is virtuous.” This means that only virtuous men are talented, while women only need to be virtuous. The main point here is the relationship between virtue and talent. The difference between men and women is caused by the ways of production and the lifestyle of an agricultural society. It does not connote any disrespect for women.

In traditional Chinese culture, a virtuous wife is called “Tai-tai,” a word that came about during the Zhou Dynasty. So where does this term come from?

These women were very diligent, supported their husbands, raised their children, and helped maintain a harmonious family life. They assisted their husbands and laid a cultural and material foundation for the development of the Zhou Dynasty.

It is not difficult to see that in order to regulate the family, govern the state, and lead the world to peace, in addition to self-cultivation, a man needed a good wife to work in harmony with him.

We can see that a wife of virtue played an important role and that she was well-respected in ancient society. Because the names of these three women in the Zhou Dynasty all included the word Tai, later generations would use the word “Tai-tai” as a name of respect for a virtuous wife.

The virtue of ancestors brings good fortune to future generations

Prior to  Zhou Dynasty, Gu Gong Dan Fu was the grandfather of the future King Wen of Zhou. Because Gu Gong helped the people continually revitalize agriculture, and provided assistance to the people in the local area, he gradually won the hearts of the local people, and thus began to enjoy popularity as a leader.

During this time, Di Rong and other tribes unexpectedly came to attack Gu Gong’s territory. Because the people loved Gu Gong very much, they were angry over the attack and did not hesitate to fight for him. But Gu Gong said: “The reason the people are willing to follow me is because they want to live a peaceful life. It doesn’t matter who rules the kingdom; the important thing is for a wise king to help people live a peaceful life. I don’t want to kill others in order to be a king.”

To prevent the people from fighting for him and let them live in peace, Gu Gong took his family and relatives and quietly moved to Qishan (now in Shaanxi). But when the people learned about Gu Gong’s move, they unexpectedly picked up their families and moved to where he lived.

From this example, we can see how the influence of a wise, intelligent, and kind leader, whose consideration was for his people, impacted future generations. Gu Gong’s virtuous actions brought blessings to his offspring and helped lay the foundation for the long rule of the Zhou royal family.