A Mustard Seed Supply Shortage Is Looming on the Horizon 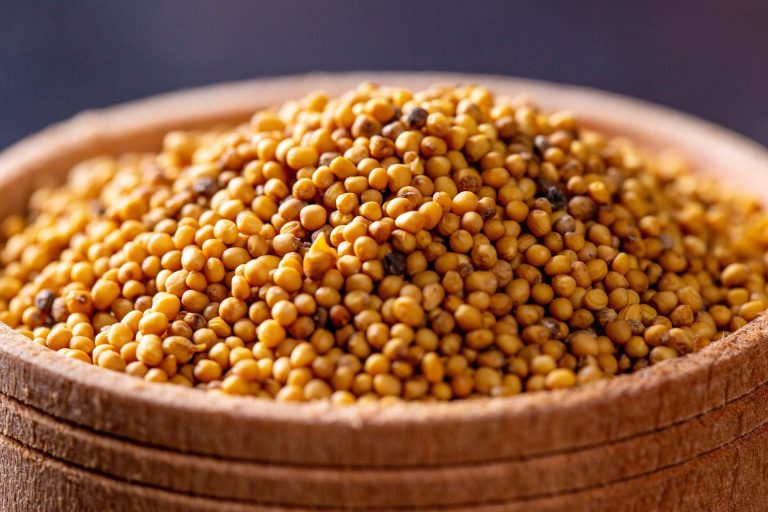 It seems that the world is staring at a supply shortage of major food grains used for making edible oils. In many countries, including Germany, mustard producers are talking about supply bottlenecks. Owing to unforeseen mustard seed shortages, mustard prices may soar upward in Germany, as is being speculated. Of course, this is not without reasons.

The ongoing Russia-Ukraine war is a big factor here. Ukraine is a big supplier of mustard seeds. Because of the conflict, mustard production in the war-torn country may take a hit. The harvesting of vital crops is what farms in Ukraine are focusing on, meaning crops meant mostly for export may get overlooked. This view has been expressed by the noted food association Kulinaria.

However, it’s not fair to say that the Russia-Ukraine war is the only factor paving the way for a shortage of mustard seeds in some countries. Canada is another country that exports mustard seeds to many other nations every year. However, the country is coping with a drought and that has hampered mustard production in a negative way. It is hard to say how much this mustard supply shortage will hit the economy and the end-users. Declining mustard consumption in Germany may help in handling the shortage situation to an extent.

Develey, a Bavarian manufacturer, says it gets its supply of mustard seeds from Germany, Ukraine, and Canada. However, owing to the 2021 crop failure in Canada, the global mustard seed market is already under pressure. Consumers of mustard products will be paying more in 2022 and 2023 for the tasty condiment.

Entities like Luise Händlmaier GmbH have informed their trading partners that mustard seed prices will soar higher. MD Franz Wunderlich has blamed the high price of raw materials. The raw materials crisis that is prevailing now will have a ripple effect on the products for the next couple of years, say the experts. The Regensburg-based mustard manufacturer gets nearly two-thirds of its mustard seeds from Ukraine and Russia. However, right now, the world is staring at a mustard seed crisis. The company thinks it will have to reduce mustard production soon.

The weather hazards in Canada that led to reduced harvests were rather unexpected. Western Canada was subjected to unprecedented flooding in late 2021 that led to the wastage of crops on a massive scale. Even southern Canada was exposed to a drought not witnessed in recent years. It led to reduced mustard production. Western Canada is where high-end mustard seeds are harvested and that did not happen in 2021.

Canada exported 99,000 metric tons of mustard seeds in FY 2020-21. In FY 2021-22 that fell to 78,000 metric tons. In places like Montana, North Dakota, and Saskatchewan, the mustard harvest was badly hit. The effect on the global market will surely be felt.

With these unfavorable developments, mustard producers say the only way left is to hike prices. The price of every mustard product like oil and premium Dijon may be hiked by as much as 16 percent. So the bottom line is buyers will have to pay higher prices for mustard products in 2022 and probably 2023 as well.

However, it may not all be bleak, according to a section of agriculture and global crop export analysts. They feel farmers may resort to increased mustard harvests in 2022 to compensate for the shortage in 2021. Sask Mustard executive director Rick Mitzel says: “If you look at where it is grown, it covers a big area of Saskatchewan. So, I agree with Chuck. I don’t think 100,000 acres (increase) is that big a stretch, considering we were at 500,000 acres three or four years ago.” (The Western Producer). Canola, however, is a big challenger to mustard.

The new mustard variants may also help in boosting harvests as these breeds are more resilient to weather changes. Mitzel added: “Our hybrid brown (mustard) is 20 percent higher yielding. When you’re talking about some of the prices for mustard…. That’s a pretty significant increase in revenue for a grower. We will probably sell out of seed… in the next month or two. But we’re trying to build the awareness, so everybody knows that we have it (hybrids).” (The Western Producer).