Africa’s Coral Reefs Are Facing the Threat of Extinction 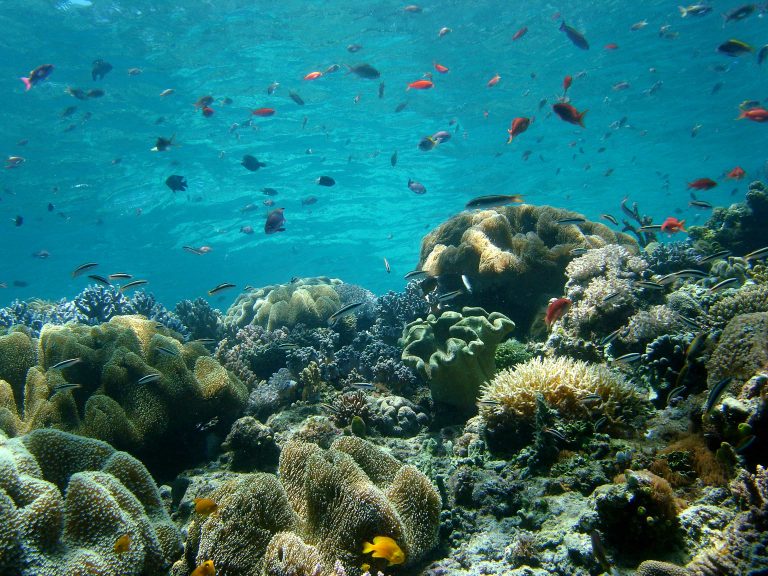 If the African coral reefs become extinct, it will impact the species living in the region, and the livelihood of more than a million people relying on the area will be under threat. (Image: David Mckee via Dreamstime)

The coral reefs in the western Indian Ocean in the African coastline are nearing extinction. The finding has made marine wildlife experts and researchers anxious. A new study hints that menaces like overfishing and rising sea temperature will lead to the demise of coral reefs in Africa. The coral reefs stretch from Africa’s eastern coast to Madagascar, and the ecosystem is on the verge of collapse. If preventive measures are not taken, these massive reefs covering 12,000 sq km will vanish by 2070.

A coral reef is an underwater ecosystem characterized by reef-building corals. Reefs are formed of colonies of coral polyps held together by calcium carbonate. Most coral reefs are built from stony corals, whose polyps cluster in groups.

If the African coral reefs become extinct, it will impact the species living in the region, and the livelihood of more than a million people relying on the area will be under threat. The study’s lead author David Obura, a noted Kenyan marine ecologist, said: “When an ecosystem collapses, we might still see individual fish or corals, but the whole system is no longer effective in supporting either marine biodiversity or communities who are dependent on it.” The study findings were published in the Nature Sustainability journal.

The coral reefs are stressed owing to several factors. However, it is not only about rampant fishing and temperature rise alone. Careless usage of natural resources is also a factor here. For decades, humans have used the ocean shores for dumping garbage, and pollution has dealt a crushing blow to the sprawling coral reefs on the African shoreline. This leads to damage to the reefs and thousands of flora and fauna species present in the region.

The study authors point out that marine heatwaves and mass bleaching events destroyed almost 14 percent of the planet’s coral reefs between 2009 and 2018. The finding is alarming, and several environmentalist groups have alerted governments in many countries to enhance marine protection and rein in the fishing industry malpractices. If the African coral reefs die off, it will be detrimental to the environment and people living there.

The coral reefs are an integral part of marine ecology. They serve as a means of livelihood for millions of people. They also safeguard shorelines from storm-induced damage. However, UNEP marine ecosystems expert Gabriel Grimsditch says: “Coral reefs are one of the most sensitive ecosystems globally to the ravages of human activities. They are especially vulnerable to climate change and warming ocean temperatures, and mass coral bleaching and mortality events are predicted to increase in frequency and intensity as temperatures continue to rise.”

The corals are stressed by environmental changes, and then they release zooxanthellae, a kind of microscopic symbiotic algae. This is their primary food source, and so they need to soak it back to sustain themselves. If the environmental stressors are not mitigated, that is not possible. Grimsditch added: “The loss of foundational species like corals that provide important habitat, can have devastating consequences and knock-on effects on the thousands of unique and wonderful species that call coral reefs their home.”

While coral reef loss is not limited to the African shoreline alone, it seems to be at the receiving end. While it is technically possible to thwart the impact of global warming on coral reefs, it is not easy. Experts think that to reduce global ocean temperatures, decades may be needed. Both governments and environmentalist entities need to collaborate to find out ways to thwart the impact of global warming, says Grimsditch. While there are laws to protect marine wildlife and resources, loopholes in these laws need to be checked and amended for better results.