AGT Star Nightbirde Inspired the World Through Her Song 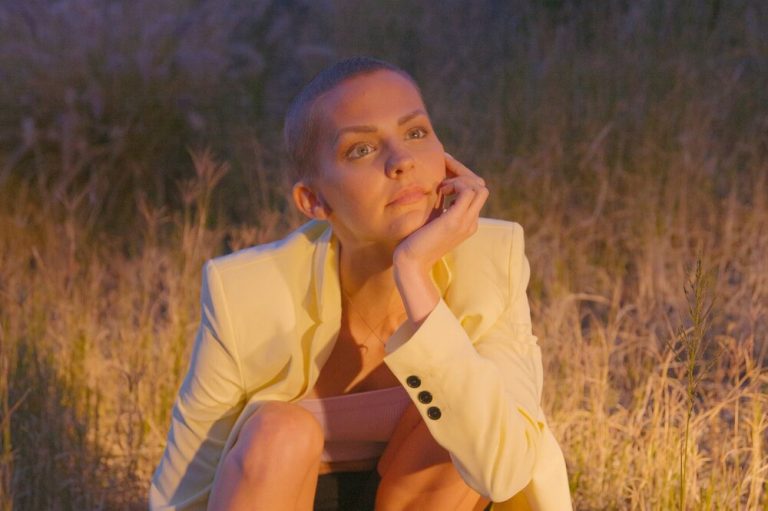 During her audition, Nightbirde revealed that she was diagnosed with breast cancer in 2017 and that it had already spread to her lungs, spine, and liver. (Image: Nightbride.co)

On June 8, 2021, a young woman named Jane Marczewski walked onto the stage to audition for America’s Got Talent (AGT), telling the judges that she performs under the stage name “Nightbirde.” She said that she was completing her original composition called It’s Okay, a song she wrote about her battle with cancer, and described her song on the show as “the story of the last year of my life.”

During her audition, Nightbirde revealed that she was diagnosed with breast cancer in 2017 and that it had already spread to her lungs, spine, and liver. Yet despite looking fragile on the big stage, “she had a beautiful smile and a beautiful glow,” Howie Mandel described.

In reply, she said: “Everyone must know I’m so much more than the bad things that happen to me.” The judges all agreed, and the crowd cheered.

As soon as she sang, the room became quiet and the air was filled with emotion. She sang with a soft voice that blended beautifully with the gentle melody.

When Nightbirde’s song ended, the room fell silent again, and then applause erupted. The judges gave her a standing ovation with tears from that heartfelt performance. All the judges — Simon Cowell, Howie Mandel, Sofia Vergara, and Heidi Klum — praised her authenticity, inspiring presence, and talent.

Nightbirde’s song and life, a story of hope and courage

“There was something about that song after the way you just almost casually told us what you’re going through,” Simon Cowell said. Nightbirde replied: “You can’t wait until life isn’t hard anymore before you decide to be happy.”

The impossible-to-impress judge was so moved and impressed that he hit the Golden Buzzer. The stage rained with confetti, the crowd applauded, and Nighbirde became an overnight global sensation.  A YouTube video of her audition had over 41 million views.

A legacy of faith that touched millions of lives

“I have a 2 percent chance of surviving, but 2 percent isn’t zero percent. 2 percent is something, and I wish people realized how incredible it is,” she said on the show with a beautiful smile on her face like she was not sick or that nothing was wrong with her… like she was okay.

Months later, she was forced to withdraw from the competition in August 2021, when her cancer symptoms deteriorated. “My health has taken a turn for the worse, and my battle with cancer is consuming all of my energy and attention,” the singer wrote on Instagram. “I am so sad to announce that I will not be able to continue forward on this season of AGT. Unfortunately, life doesn’t always give breaks to those who deserve them — but we already knew that.”

After battling cancer for more than five years, Nightbirde passed away on February 19, 2022, at the age of 31. Despite the devastating news of her death, millions of people worldwide remember her for her amazing story full of courage, hope, and faith. “Your voice, your story, and your message touched millions. Nightbirde will always be a member of the ‘AGT’ family. Rest In Peace, Jane,” the show said in a statement to CNN.

‘It’s okay’ even when things aren’t

Nightbirde made a great impact not only on the show, but also on the whole world because she stayed true to herself and her story.

Despite having only a 2 percent chance of survival, Nightbirde dared to enter a singing competition to bring a powerful message — authenticity. She openly talked of the suffering she’s gone through and the dark places she’s been with honesty and genuineness.

In the chorus of her song, she professed with awe-inspiring wisdom: “It’s okay if you’re lost. We’re all a little lost, and it’s alright.” This declaration of vulnerability is very relatable to many and a reminder that it’s okay to admit that you are not okay, and that’s okay. The song allowed people to be authentic and not be ashamed of their suffering or deny their pain.

It doesn’t mean accepting defeat or succumbing to suffering, but holding on to hope. To have faith because things are bound to get better. After all, to live fully is to appreciate the good and endure the bad.

Instead of feeling bitter, angry, or miserable, she remained grateful. “There is a voice that says good things don’t last, but I say that it doesn’t matter what happens tomorrow. Today I am here, and I am alive,” Nightbirde said in an interview.

Nightbirde’s life changed after the Golden Buzzer moment. But, her story became known to the world and will continue to inspire others with her legacy. Indeed, to be okay is so much to ask for.