7 Principles for Making a Happy Marriage 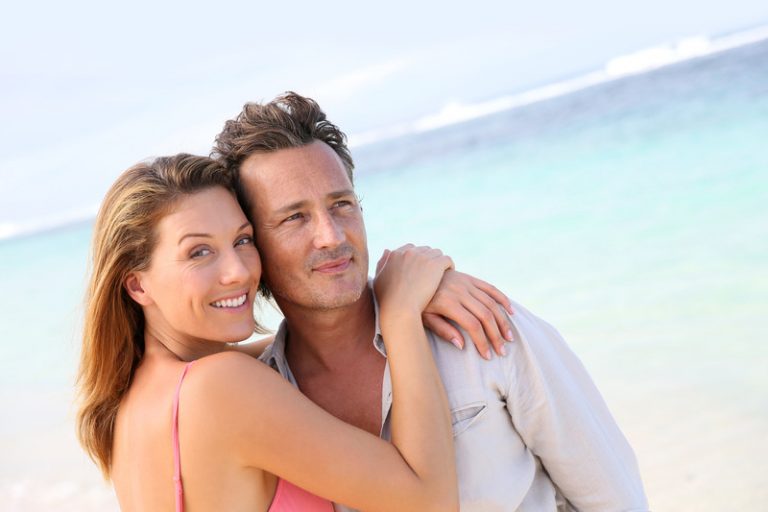 What can make a marriage work is surprisingly simple. (Image: Goodluz via Dreamstime)

What makes a marriage work is surprisingly simple. Happily married couples aren’t smarter, richer, or more psychologically astute than others. But in their day-to-day lives, they hit upon a dynamic that keeps their negative thoughts and feelings about each other from overwhelming their positive ones. They have what I call an emotionally intelligent marriage. They don’t ask: “What’s in it for me?”

Instead, they ask themselves how they can make things work for both of them, for mutual benefit. That includes respect for others’ opinions, modulating one’s tone of voice, and refraining from shouting or accusing; it includes creative listening and discovering the real meaning behind each spoken word. It includes allowing the partner a certain degree of personal privacy, such as not snooping through each other’s email, unless by common consent; it includes permitting a tired husband returning home from work a few quiet moments to “catch his breath” before telling him your troubles; it includes punctuality and common courtesies, such as being ready to leave when agreed, saying “please” and “thank you,” and having a smile ready.

It also means that one partner doesn’t expect the other to “make things work out” in the relationship — realizing it takes the effort of both to have a harmonious relationship. Those are signs of emotional intelligence, which is a good predictor that a marriage could work out well. Of course, it is best to discuss these things before getting married and reach a common understanding on certain topics.

The more emotionally intelligent a couple is, the better able they are to understand, honor, and respect each other and their marriage, and the more likely that they will indeed “live happily ever after,” as the fairy tales make us believe. Just as parents can teach their children emotional intelligence, couples can learn this same skill, potentially avoiding divorce later on.

What exactly do people mean when they say that they are happily married? Researchers say it is more than a feeling of happiness or satisfaction; it includes the amount of conflict-free marital interaction.

There are simple steps you can take to keep your marriage alive and healthy. Advice abounds, but the following makes good, common sense across all cultures. It comes from John Gottman’s book The Seven Principles for Making Marriage Work, which has been gleaned from over 20 years of research with hundreds of couples.

Couples who avoid saying every angry thought on their mind when discussing touchy topics are consistently happiest.

3. Be careful how you ‘start up’ a conversation

Arguments first “start up” because a spouse sometimes escalates the conflict by making a dramatic, angry, or upsetting remark in a confrontational tone of voice.

4. Husband should accept a wife’s influence

A marriage succeeds to the extent that the husband can accept influence from his wife. If a woman says, for instance: “Do you have to work tomorrow night? My mother is coming this weekend, and I need your help getting ready.” A husband who replies: “My plans are set, and I’m not changing them,” is a guy in a shaky marriage.

5. Have high standards for each other

Happy couples have high standards for each other, even as newlyweds. The most successful couples are those who refuse to accept hurtful behavior from one another. The lower the level of tolerance for bad behavior at the beginning of the relationship, the happier the couple is down the road.

6. Successful couples know how to exit an argument

Happy couples know how to repair the situation before an argument gets completely out of control. Successful repair attempts include changing the topic for something completely unrelated, throwing in some humor, or soothing your partner with a caring remark. In general, offer signs of appreciation for your partner and consider his or her feelings along the way.

7. Focus on the bright side

In a happy marriage, couples make five times as many positive statements to and about each other and their relationship than negative ones. A good marriage must have a rich climate of positive interactions. Go and make deposits to your emotional bank account!

These gems of advice have worked well for my husband and me for the past 50 years. I can highly recommend practicing these suggestions for your own marital success.