Europe’s Energy Crisis: Can Europe Keep the Lights On? 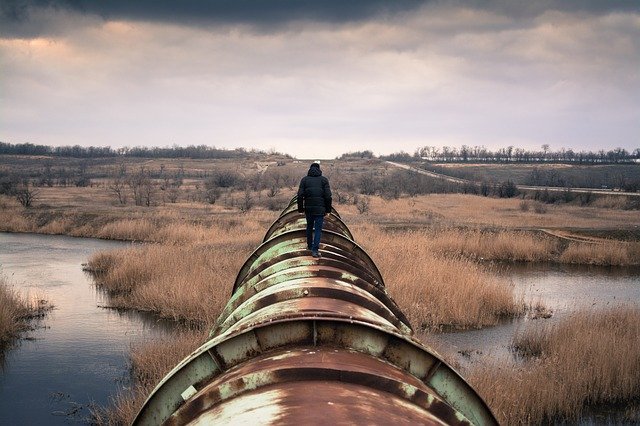 The European continent is facing an energy crisis. (Image: Pixabay)

Germany is preparing for gas rationing. France’s power grid operator is asking consumers to use less electricity. In the UK, protests are breaking out over the latest electricity price hike that plunged millions of households into what one local think tank called fuel stress. Europe has a serious energy problem.

Like the rest of the world, Europe is experiencing natural gas and, to a lesser extent, coal scarcity. This is because post-pandemic demand has outpaced supply, driving prices sky-high and causing global shortages. Europe has been particularly affected for five additional reasons.

To begin with, Europe experienced a colder than usual winter, causing people to keep their houses heated for longer than usual, depleting European natural gas supplies.

European governments have weaned themselves off fossil fuels to meet their climate goals, turning to wind and solar power for a greater share of their energy needs. As a result, Europe has had a scaled back its domestic gas and coal capacity. For example, the Netherlands is Europe’s leading natural gas producer and in 2021, total gas extraction from Dutch fields stood at 20.6 billion cubic meters, whereas in 2020 this was still 22.8 billion. Also, coal production in the EU was just 46 million metric tons in 2020 as compared to 277 million tons in 1990.

Russia supplies nearly a third of Europe’s natural gas needs and it has been speculation that Russia is restricting its flow to coerce the EU into authorizing the contentious Nord Stream 2 pipeline, which would travel directly from Russia to Germany.

European consumption totaled 99 billion cubic meters (BCM) of natural gas from January to August 2021. However, the total flow was nearly 20 BCM lower than during the same period in 2019, a 17 percent decrease.

However, it’s worth noting that GAZPROM, Russia’s national gas company, denies doing this deliberately or for political reasons, blaming the lack of output for Europe on stronger than expected domestic demand.

4. Greater reliance on imports from all sources

Europe has not made significant investments in its natural gas infrastructure in recent years in favor of external supplies and alternative forms of energy. Consequently, imports of natural gas by both pipeline and liquified natural gas (LNG) provided more than 80 percent of the supply of natural gas to the countries of the EU and UK in 2020, up from 65 percent a decade earlier.

Wind speeds are slower than usual across Europe and the North Sea and wind turbines are producing drastically less energy than anticipated. In Germany, for example, wind power accounted for just over a fifth of Germany’s electricity supply during the first half of this year. A year ago, the wind made up 29 percent of the energy mix.

These factors together explain why European natural gas prices have skyrocketed by over 600 percent over the past year, from about 20 Euros per megawatt-hour to nearly 150 Euros (US$164). Similarly, European coal prices have shot up by almost 400 percent, from about 46 Euros (US$50) per metric ton to about 220 Euros (US$240).

How bad is it going to get?

The problem is that most of the causes of this crisis — decarbonization of Europe’s energy production and the post-pandemic boom in demand — are relatively long-term issues and aren’t expected to ease up soon.

This does not mean that gas or energy prices will stay at parabolic highs. It’s likely that some of those extremely high prices were driven by speculation and fear of shortages and should die down in the coming months. Regardless, the costs will continue to be higher than usual.