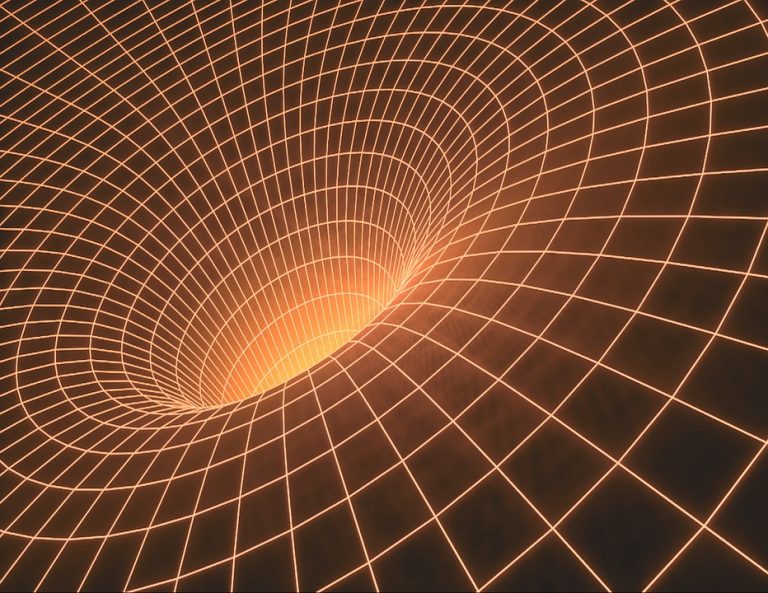 Black holes and wormholes in the universe are complex many-body systems and require a deeper understanding of space, time, gravity and quantum physics. (Image: via Pixabay)

Physicists know about the huge chasm between quantum physics and the theory of gravity. However, in recent decades, theoretical physics has provided some plausible conjecture to bridge this gap and to describe the behavior of complex quantum many-body systems, for example, black holes and wormholes in the universe.

“We have found a surprisingly simple solution to an important problem in physics. Our results provide a solid basis for understanding the physical properties of chaotic quantum systems, from black holes to complex many-body systems.”

Using only pen and paper, i.e. purely analytically, the Berlin physicists Jonas Haferkamp, Philippe Faist, Naga Kothakonda, and Jens Eisert, together with Nicole Yunger Halpern (Harvard, now Maryland), have succeeded in proving a conjecture that has major implications for complex quantum many-body systems. Jonas Haferkamp, a Ph.D. student in the team of Eisert and the first author of the paper, explained:

“This plays a role, for example, when you want to describe the volume of black holes or even wormholes.”

Complex quantum many-body systems can be reconstructed by circuits of so-called quantum bits. The question, however, is: how many elementary operations are needed to prepare the desired state? On the surface, it seems that this minimum number of operations – the complexity of the system – is always growing. Physicists Adam Brown and Leonard Susskind from Stanford University formulated this intuition as a mathematical conjecture: the quantum complexity of a many-particle system should first grow linearly for astronomically long times and then – for even longer – remain in a state of maximum complexity. Their conjecture was motivated by the behavior of theoretical wormholes, whose volume seems to grow linearly for an eternally long time. In fact, it is further conjectured that complexity and the volume of wormholes are one and the same quantity from two different perspectives. Haferkamp explains:

The group has now shown that the quantum complexity of random circuits indeed increases linearly with time until it saturates at a point in time that is exponential to the system size. Such random circuits are a powerful model for the dynamics of many-body systems. The difficulty in proving the conjecture arises from the fact that it can hardly be ruled out that there are “shortcuts”, i.e. random circuits with much lower complexity than expected, Haferkamp said:

“Our proof is a surprising combination of methods from geometry and those from quantum information theory. This new approach makes it possible to solve the conjecture for the vast majority of systems without having to tackle the notoriously difficult problem for individual states.”

“The work in Nature Physics is a nice highlight of my Ph.D.,” adds the young physicist, who will take up a position at Harvard University at the end of the year. As a postdoc, he can continue his research there, preferably in the classic way with pen and paper and in exchange with the best minds in theoretical physics.

Provided by Helmholtz Association of German Research Centres [Note: Materials may be edited for content and length.]