Xiao Yixin Demonstrated How to Have a Harmonious Relationship 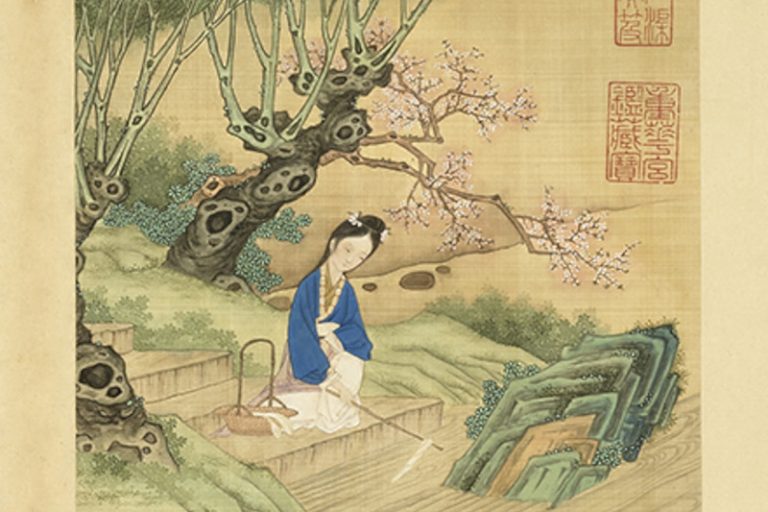 Xiao Yixin, who lived during the Liao Dynasty (A.D. 916-1125), was known for displaying the traditional virtues of a Chinese lady. (Image via Wikimedia)

Xiao Yixin, who lived during the Liao Dynasty (A.D. 916-1125), was known for displaying the traditional virtues of a Chinese lady. Her father was the emperor’s son-in-law and her mother was Princess Hutu. Xiao Yixin, who was beautiful and also had a kind heart, got married at the age of 20 and never failed to respect her parents or love her family.

Once Xiao Yixin was chatting with her sisters-in-law who were talking about how to win the love of their husbands by dispelling wicked spirits. Upon hearing them consider the use of these magical means, Xiiao Yixin said: “Such practices are no match for propriety and etiquette.” The others asked her to explain why.

Xiao Yixin replied: “If we pay attention to self-cultivation and proper behavior, if we take good care of our elders and show respect to them, if we are gentle to our husbands and tolerant of our juniors, we will be living by etiquette. When we accomplish all of this, we will naturally win love and respect from our husbands. If, on the other hand, we resort to some evil practice to win favor, aren’t we going to feel guilty?” Hearing that, the other women were ashamed.

Later her husband, Yelu Nu, was exiled on a false accusation. Since Xiao Yixin was the daughter of a princess, the emperor wanted her to divorce her husband so she could remain at court.

She expressed her gratitude to the emperor but said: “It is really gracious of you, Your Majesty, to be considerate of my relationship to you and try to save me from suffering in exile with my husband. However, a husband and wife should follow moral principles. They should be together in both good and bad times. And they are not to part until death. I was married to Yelu Nu when I was young, and if I leave my husband when he is facing difficulties in his life, that will run counter to basic behavioral principles and I would be no different than an animal. I hope Your Majesty will show pity to us by allowing me to go with Yelu Nu. I won’t have any regret even if I die there.”

Moved by her pleading remarks, the Emperor gave his consent. At the place of exile, Xiao Yixin and her husband toiled every day, but she showed no trace of complaining, instead, she was even kinder and more respectful to her husband.

Why have marriages become increasingly more fragile nowadays? What ancients used to have — lasting marriages, mutual respect, and mutual support in time of need — are now merely what people long for. Traditional morality and etiquette, the bonds that have maintained and governed human relations for thousands of years, have gone by the wayside. Respect, morality, and gratitude — the key elements for the harmony between a husband and wife that the ancients cherished — are now often overlooked and lacking in modern families.

Nowadays, people looking to get married are inclined to have material concerns and conditions their potential spouse should meet, such as a man having a big house, a luxury car, a housekeeper, and being the owner of a company. Isn’t it terrible to have young people with this as a standard to look for their future wife or husband?

Can a marriage like this withstand any misfortune or storm? Which one is better for young people, putting material concerns above all else or following traditional virtues? You will find the answer here from the main character in this article.