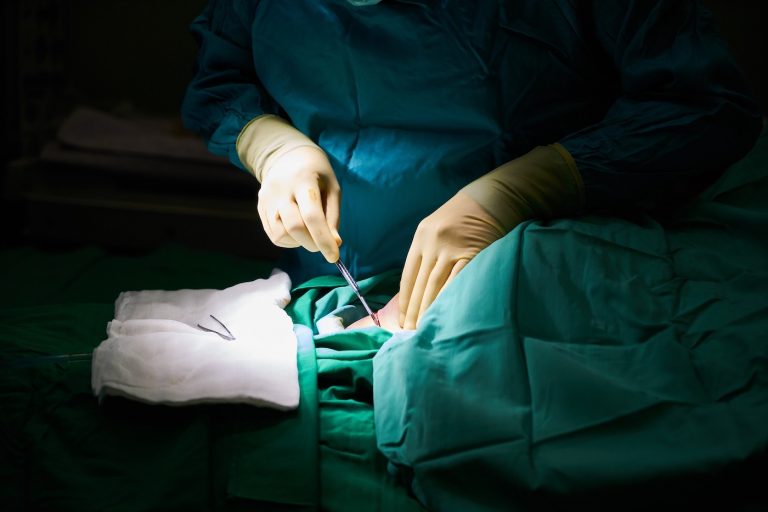 There is increasing evidence of state-sanctioned organ harvesting from non-consenting prisoners of conscience in China. (Image: Engin Akyurt via Pixabay)

A peer-reviewed report published in the American Journal of Transplantation has added to the mounting evidence proving that people in China are being killed for their bodily organs by the Chinese state. The report shows beyond doubt that Chinese surgeons are complicit in this.

To do that, researchers used an algorithm that combed for examples of problematical declarations of brain death during organ procurement.

The focus of the researchers was papers on heart and lung removal of which 2,838 were forensically reviewed.

“Such papers are available online and through subscription to academic and commercial databases,” the report said.

“A total of 348 surgeons, nurses, anesthesiologists, and other medical workers or researchers were listed as authors on these publications,” it said.

The report stated they found information revealing 71 suspected heart-removal deaths in 56 hospitals (of which 12 were military) across China.

As part of those reports, they found evidence in these reported cases “that brain death could not have properly been declared,” the authors said.

“In these cases, the removal of the heart during organ procurement must have been the proximate cause of the donor’s death,” they said.

“Because these organ donors could only have been prisoners, our findings strongly suggest that physicians in the People’s Republic of China have participated in executions by organ removal.”

The authors said they found similar descriptions of intubation and surgical procedures from liver and kidney donors, for instance, but they were not part of their study.

“We thus suspect that we captured a tiny sample of a substantial hidden population,” the report said.

The report’s authors are:

Dr. Lavee told HAARETZ that the research results indicated that organ harvesting practices are widespread in China and have state backing.

“This spread,” explained Dr. Lavee, “proves that this is not an isolated or temporary problem. It must be a policy.”

In the same HAARETZ report, Robertson said the study showed the involvement of physicians in the medical execution of prisoners.

“The data proves that there has been a very close connection, over decades, between the security apparatuses and the medical establishment in China,” he said.

The Robertson and Lavee study joins many others on the subject, but it includes what some have described as the “smoking gun.”

In a statement, Dr. Arthur L. Caplan, Mitty Professor of Bioethics and Director of the Division of Medical Ethics at the NYU Grossman School of Medicine, said he hoped the report would prompt action.

“It has been clear for some time that human rights abuses in the field of transplantation have been ongoing in the PRC [People’s Republic of China]. The volume of transplants done there is not consistent with voluntary donation rates from cadaver sources,” Dr. Caplan said.

He pointed out that many have however argued that “hard evidence of the killing of persons to derive organs for transplant” has been missing. This will change because of the report.

“This careful review by Robertson and Lavee provides incontrovertible proof that health care personnel have been involved in obtaining and transplanting vital organs from individuals who did not meet the criteria for declaring them dead. Organ removal has been, as this study shows, the cause of death for some where transplants occurred.”

In a statement, VOC said that China has developed one of the largest and most sophisticated systems of organ transplantation in the world, with wait times far shorter than in most other countries. It said that the Chinese regime maintains that as of now, all organ transplants are from willing donors, but the numbers appear to be falsified, according to previous research by Robertson, Dr. Lavee, and Dr. Raymond L. Hinde, an Australian Ph.D. in statistics.

The report’s findings have “dire implications for not just the healthcare system in China, but for the world,” it said.

“China has become a center of ‘medical tourism,’ broadcasting adverts for guaranteed, ready-to-go transplants in many languages. In no other country could someone expect to order an organ and have it ready when they arrive.

“In addition, China’s increasing influence on world healthcare institutions means that doctors in the West may unknowingly become implicated in covering up Beijing’s atrocities. If the COVID pandemic has shown anything, then it is the implications of China having a leadership role in the World Health Organization and other such international healthcare bodies.”

The UN human rights experts said they were extremely alarmed by the reports of alleged organ harvesting targeting minorities, including Falun Gong practitioners, Uyghurs, Tibetans, Muslims, and Christians, in detention in China.

The experts said they have received credible information that detainees from ethnic, linguistic, or religious minorities may be forcibly subjected to blood tests and organ examinations, such as ultrasound and x-rays, without their informed consent, while other prisoners are not required to undergo such examinations. The results of the examinations are reportedly registered in a database of living organ sources that facilitates organ allocation.

“Forced organ harvesting in China appears to be targeting specific ethnic, linguistic, or religious minorities held in detention, often without being explained the reasons for arrest or given arrest warrants, at different locations,” they said. “We are deeply concerned by reports of discriminatory treatment of the prisoners or detainees based on their ethnicity and religion or belief.

“According to the allegations received, the most common organs removed from the prisoners are reportedly hearts, kidneys, livers, corneas, and, less commonly, parts of livers. This form of trafficking with a medical nature allegedly involves health sector professionals, including surgeons, anaesthetists, and other medical specialists.”

The statement pointed out that the UN correspondence to the Chinese regime is the most high-profile statement made by an international body that challenges Chinese authorities on organ harvesting evidence since the China Tribunal declared the Chinese regime a “criminal state” guilty of crimes against humanity against Falun Gong practitioners and Uyghurs in March 2020.

The London-based China Tribunal was an independent international people’s tribunal chaired by Sir Geoffrey Nice QC that assessed all available evidence at the time regarding forced organ harvesting from prisoners of conscience in China.

The tribunal held public hearings where over 50 witnesses testified. Huge volumes of written evidence were analyzed, including research showing the deliberate falsification of China’s public organ donation data that helped the Chinese Communist Party to cover up the killing of innocent people, primarily peaceful Falun Gong practitioners, to support a lucrative trade in human organs.

The judgment’s findings, released in 2019, prompted worldwide media attention over an atrocity that first came to light in 2006 following claims that imprisoned Falun Gong practitioners were being killed for their organs in North-eastern China.

Falun Gong was widely practiced in China during the 1990s until it was targeted for persecution by the communist authorities beginning in 1999.

Watch this short video by Swoop Films on the persecution of Falun Gong.