The Headless Race: Myth or Truth? 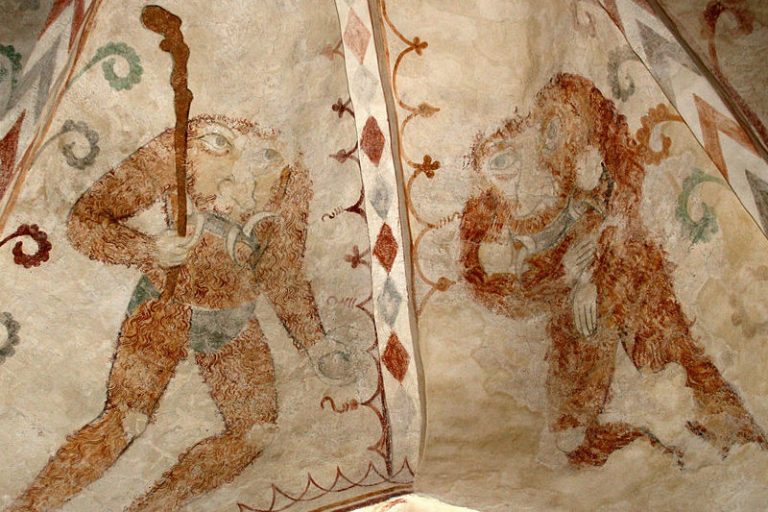 Ancient records dating back over 2,500 years speak of a headless race and stories about them reappear every few hundred years. (Image: Malene Thyssen via Wikimedia Commons)

In August last year, someone in Japan took a random photo on the train. Unexpectedly, when he came home and looked at the photo, he found a headless man standing at the station. When the photo was uploaded to the Internet, it immediately became a hot topic of discussion. Everyone wondered if this was due to the opening of the “gates” in the Ghost Month, which usually falls in the seventh month of the lunar calendar, or did this person belong to the headless race.

Amid online discussions, another person posted a few photos from the late 19th century during which there was a sudden trend for the British aristocracy to take headless photos. Some scholars speculated that this was a way to show the eccentric nature of the photos and the advancement of photographic techniques. However, some scholars believed that it was a move by the nobility of the time to imitate the headless race.

People’s fascination with headless creatures continued into the 20th century. In 1937, a supposed doctor from Germany, going by the name of Egon Heineman, claimed to have come across a woman who was accidentally injured. Despite losing her head, under the treatment of “doctor” Heineman, she was able to continue her life with the help of tubes feeding her food and other necessary nutrition. Despite shocking many, the display of the headless woman was brought from Germany to the United States and quickly became quite popular in circuses and carnivals as a sideshow.

At first, people thought the headless woman must be a human prop, but she was able to move and change postures! Of course, it ended up being an illusion where the model wore a mask of mirrored panels that reflected the tubing and black background to give the appearance of having no head.

However, it turns out that there could have been a “headless race” in history. They were usually gentle in nature, but they could be fearless warriors. It was even said that Alexander the Great did not invade China for the fear of the headless race located further in East Asia. Yet, such a feared race mysteriously disappeared in history. Today, let us talk about the “headless race.”

According to the legend, a long time ago in ancient China, there was an unprecedented war. It turned out that there were two rulers of the land, Emperor Huang and Emperor Yan. Emperor Huang was ambitious and wanted to conquer the entire world. Soon, the two emperors launched into a century-long war. The earth was immediately dyed red with rivers of blood and countless people died. Soon, Emperor Huang won and took over the world.

However, Xingtian, a giant Chinese deity, was angry with Emperor Huang and tried to fight for supremacy. In the end, he was decapitated and his head buried in Changyang Mountain. Despite losing his head, Xingtian did not give up and wanted to take revenge on the Emperor. He drew eyes on his chest and a mouth on his belly button and became the headless warrior recorded in Chinese legends. Coincidentally, at the same time, legends of the headless race also started to appear around the world.

In his book The Histories, written 2,500 years ago, the famous Greek historian Herodotus described a group of headless people who lived on the continent of Africa. It is believed he was describing the “Blemmyes,” whose origins began as a tribe inhabiting the lower parts of Nubia, but who were later depicted as a race of creatures believed to be headless who had eyes and mouths on their chests or shoulders.

Not only Herodotus mentioned headless people. A well-known Roman naturalist, Pliny the Elder, also described this mysterious race in his book Naturalis Historia. According to both of them, the headless race is a group of giants living in northeastern Africa. They were all at least 12 feet tall with disproportionately broad shoulders. They did not have a skull, but instead had eyes and mouths on their chest. They are described as being very mysterious, usually living in dense jungles.

In an ancient map of the Middle Ages, people once again found figures of headless creatures. Another 15th-century sailor’s navigation chart also clearly depicted the headless race. Coincidentally, both maps show the location of the headless people in the east.

Then, a book titled The Voyage and Travels of Sir John Mandeville described a trip where John Mandeville went on a solo expedition in 1332 and during this journey, he saw creatures with five heads, as well as a group of very tall people inhabiting the forests of northeast Africa, but they did not have skulls. Yet even without a skull, they could still hunt wild animals and were quick and powerful. They would sleep during the day and move around at night.

Around the 16th and 17th centuries, English statesman and explorer Sir Walter Raleigh also provided an account of creatures resembling the Blemmyes or headless race. Raleigh called the creatures “Ewaipanoma.” He reported that they had eyes in their shoulders, and mouths in the middle of their breasts, with “a long train of hair growth backward between their shoulders.” Unlike Herodotus, or Pliny, or Mandeville, Raleigh claims that these headless people lived in Guiana, South America. Although Raleigh hadn’t seen the Ewaiponama himself, he believed that they were real, based on accounts that he deemed reliable.

It seems that the descriptions of the headless race are surprisingly consistent throughout various texts. If the headless race is purely a myth, why would ancient writers make records of such things? Numerous theories exist in an attempt to explain the headless race phenomenon. Some speculate these headless people are aliens. Others think they are humans who have shoulders raised to extreme heights, thus almost hiding their heads. There are also others who believe they are native warriors who had the custom of carrying shields with faces making it seem like they are headless.

So could the headless race have really existed? Is it a myth or truth? You decide.