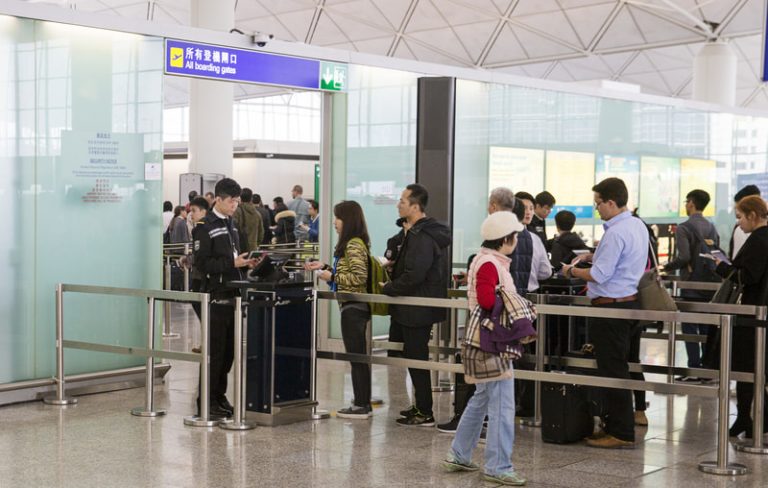 According to a leading public opinion research institute, about a quarter of Hong Kong residents intend to leave the city permanently. (Image: Valentin Armianu via Dreamstime)

According to a leading public opinion research institute, about a quarter of Hongkongers plan to leave the city permanently, citing continued concerns about a lack of personal liberties and a deteriorating political climate.

In a study of 6,723 Hong Kong permanent residents aged 12 and over conducted by Hong Kong’s Public Opinion Research Institute (PORI) in March, 24 percent indicated they were definitely leaving, while another 21 percent said they were either preparing or planning to leave but were not yet ready to depart. Three percent said they plan to leave at any time.

According to RFA, while giving a press briefing, PORI deputy CEO Chung Kim-Wah said: “This time, we found that 24 percent are either preparing, ready, or have made arrangements to leave permanently. Speaking frankly, that’s definitely not a small number.”

Politics, the number one reason Hongkongers plan to leave

“Given that 24 percent plan to leave, that’s 1.87 million people out of a population of 7.5 million,” he told reporters. “The most important factor is politics, more so than the pandemic.”

According to PORI researchers, about one-third of those planning to leave cited the decline of personal freedoms in past years, with 16 percent expressing concerns for their family’s future.

According to the study, 17 percent of respondents planning to depart stated they were not followers of past pro-democracy parties or opposition politics, up five percentage points since August 2021.

According to Chung, the study reveals ongoing “social disintegration” in Hong Kong, with political concerns being the most important reason that Hongkongers plan to leave permanently.

“The economic pull factor is weaker than it was, and the politics-related push factor is stronger than before,” Chung told journalists.

According to Chung, there have been three waves of emigration in Hong Kong.

“I have never seen the political push factor as strong as it is this time,” he said. More than 70 percent of respondents cited worries for their personal liberties or safety as grounds for leaving, with just 30 percent claiming economic harm caused by COVID-19 restrictions as a reason for leaving.

More than half of those polled stated they had “no trust” in Hong Kong’s political climate or their future degree of personal liberty, according to Chung.

Independent scholar Benson Wong, speaking from the United Kingdom via video connection, said it was important that even more pro-government Hongkongers plan to leave.

He also stated that the non-democratic respondents predict more from that political group to leave in the future.

Hong Kong’s population declined by 1.2 percent in the year to August 2021, owing to a continuous outflow of residents following Beijing’s imposition of a harsh national security ordinance on the city on July 1, 2020.

Hundreds, if not thousands, of net departures are reported every day, according to government data, bringing the city’s population down to 7,394,700. The data from the prior year likewise indicated a 1.2 percent drop.

Since the national security statute criminalized public criticism of the government, political opposition, and other types of activity, net departures have routinely exceeded 2,000 ahead of important visa dates for the United Kingdom, with net arrivals seldom documented.

The city’s healthcare sector has been hit hard by the exodus, with the Hospital Authority (HA) reporting a loss of 4.6 percent of doctors and 6.5 percent of nurses in public hospitals, as well as large numbers of mainland Chinese medical personnel being drafted in to assist beleaguered public hospitals with the current COVID-19 outbreak.

Families and emigration consultants have also informed RFA that the government’s decision to introduce a compulsory CCP-backed “civic and social development” curriculum in Hong Kong’s schools, alongside “national security education,” was a major factor in why Hongkongers plan to leave.