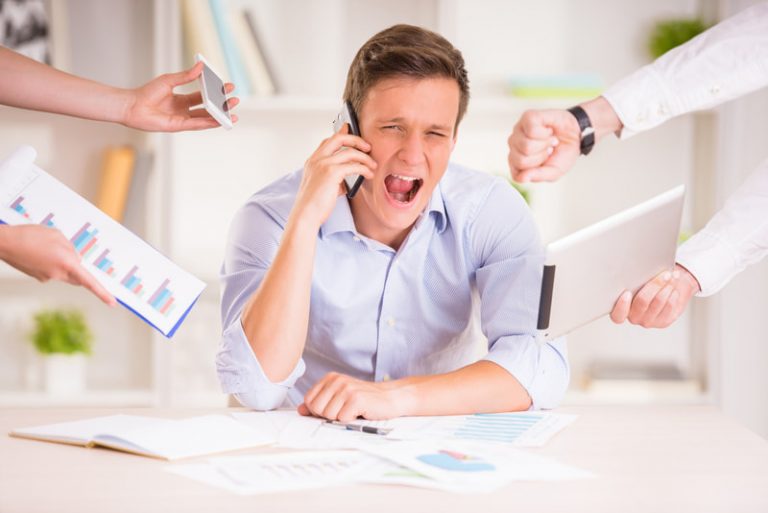 Your brain isn't quite as capable of juggling numerous things as you would like to believe. (Image: Vadimgozhda via Dreamstime)

Multitasking appears to be a great way to get a lot done at once, but a study has revealed that your brain isn’t quite as capable of juggling numerous things as you would like to believe. Doing numerous tasks at once, according to the experts, might actually reduce your productivity by diminishing your understanding, concentration, and overall effectiveness.

What is it about multitasking that makes it such a productivity killer? While it may appear that you are completing numerous tasks at once, what you are really doing is transferring your attention and concentration from one task to the next. Switching from one task to another might make it harder to shut out distractions and produce mental blockages, causing you to lose time.

1. It hampers your productivity

Multitasking has a negative impact on productivity. Your brain isn’t wired to do numerous activities at once, so when you believe you’re multitasking, you’re really just flipping from one job to the next. For a multitude of reasons, concentrating on a single activity is far more productive.

2. It makes you more prone to mistakes

Multitasking has been shown to reduce performance and increase the likelihood of making mistakes. According to studies, kids who multitask in class have lower GPAs and, if they continue doing this at home, they often take longer to finish their homework.

Adults may also have a decreased level of performance when multitasking. According to a 2018 study, older people who were multitasking while driving were more likely to make mistakes.

3. It makes you distracted

Multitaskers may be more easily distracted than people who concentrate on a single task at a time. This makes sense when you realize that multitaskers have a propensity of frequently refocusing on a new activity, thereby diverting themselves from their primary work.

Multitaskers may be more distractible, according to a study, and they may have difficulties concentrating their attention even when they aren’t engaged in many things at the same time. Another study suggests that, while there is a correlation between multitasking and distraction, it is less than previously assumed and varies greatly from person to person.

4. It slows you down

While it may seem counterintuitive, multitasking causes you to operate slower and inefficiently. Multitasking results in “task switch costs,” or the unfavorable impacts of moving from one activity to another, as defined by psychologists. These costs come about because of the higher mental load associated with shifting from one item to another and produce a slower working rate.

Changing your concentration also prevents you from depending on automatic behaviors to complete activities on time. You can work on “autopilot” when you’re focused on a particular activity that you’ve done previously, which frees up brain resources. But when bypassing this process by switching back and forth, you tend to work more slowly.

How to break the multitasking habit

If you find that multitasking is negatively affecting your life, there are several changes you can make to improve your productivity and efficiency. Take a brief inventory of the numerous tasks you’re attempting to do the next time you find yourself multitasking, then decide which task you should tackle first.

Here are some more steps you can take:

The next time you are tempted to multitask, remember that working on a single task at a time will help you become more productive and enjoy each activity. Break the habit of multitasking and get more things done.