The Amazing Legacy of Beatrix Potter, Creator of ‘Peter Rabbit’ 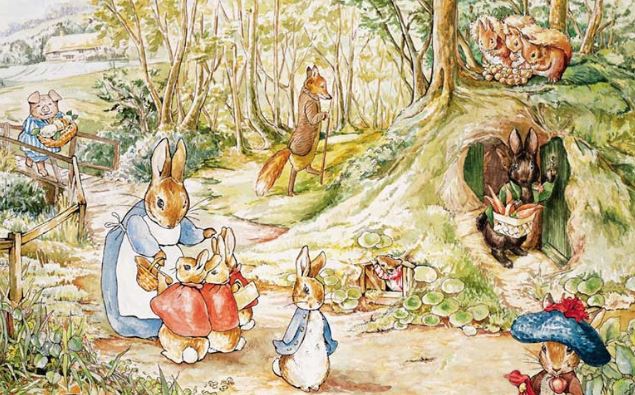 Helen Beatrix Potter was born in London in 1866 and published her first and best-known book 'The Tale of Peter Rabbit' in 1900. She followed it with 'The Tale of Squirrel Nutkin,' 'The Tailor of Gloucester,' 'The Tale of Benjamin Bunny,' 'The Tale of Mrs. Tiggy-Winkle,' and many other books for children. (Image: via Public Domain)

There are literary geniuses known for their work covering specific genres of literature. However, their expertise and skill in other areas are equally revealing at times. This is the case with author Beatrix Potter. Known chiefly for her popular and evergreen children’s stories, she also explored numerous areas of science.

Her most famous literary work is her tale of the fictional character Peter Rabbit. It has been translated into more than 40 languages globally. Almost 45 million copies have been sold to date. The author’s love for nature and wildlife has been reflected in her writing. The same is true about her scientific study and landscape analysis.

Helen Beatrix Potter was born in Victorian England in 1866, and she was fortunate enough to receive a good education at home. She also had many pets, including a hedgehog, mice, rats, rabbits, and butterflies. These pets occupied her mind and colored her imagination which paved the way for the literary creations afterward.

An interest in the natural world

After the Potter family spent a summer holiday in the Lake District in Cumbria in northwest England, Beatrix became interested in exploring nature. Beatrix Potter found the nuances of wildlife and nature fascinating. She studied artifacts from several archaeological excavations and gathered fossils.

As she grew, she developed an interest in mycology. She had submitted a paper to the Linnean Society of London in 1897, but it was not published. Nevertheless, literary historians believe that Potter had a brilliant scientific mind. Still, her potential was primarily held back by a prudish Victorian society where women exploring scientific topics were not encouraged.

Beatrix and her brother were also into drawing and they created enticing Christmas cards. Beatrix also had a habit of illustrating her letters with handmade sketches. The success of early illustrations published by Hildesheimer and Faulkner led to her career as a writer.

Beatrix Potter had a deep-rooted entrepreneurial spirit and so it was natural she did not limit herself to story writing. In 1903, she created a Peter Rabbit doll, and spinoffs, including board games, baby blankets, figurines, and china tea sets. These were then licensed by Frederick Warne & Co. and were very profitable.

While she tasted success professionally, her personal life was not smooth sailing. She engaged Norman Warne, despite her parent’s disapproval. Post engagement, Warne died of pernicious anemia.

After surviving the tragedy, Beatrix Potter focused more on her work. She bought Hill Top, a 17th-century house in Near Sawrey in the Lake District, and its 34-acre working farm in 1905 as her home away from London and her artistic retreat.

At 47 years old, she met William Heelis, a solicitor, whom she married in 1913. Even after marriage, Beatrix thrived in the countryside. She made physical improvements to the property and learned the techniques of fell farming and of raising livestock, including pigs, cows, chickens, and sheep. She also continued to write stories such as The Tale of Tom Kitten and The Tale of Jemima Puddle-Duck.

Beatrix Potter passed away in 1942 and her spouse died in 1945. Hill Top was given to the National Trust. Hill Top Farm was made accessible to the public in 1946, and her artwork was displayed. After 1985, the items were moved to a new dedicated gallery in Hawkshead. Her eclectic collection includes paintings, furniture, ceramics, and a wooden rabbit.

There is no denying the unique traits and achievements of Beatrix Potter. She dared to do unconventional things in Victorian society, where women choosing unconventional paths were frowned upon.

Her skill in story writing is well known, but few people know about her scientific mind and skills in animal husbandry.