What Gym Culture Can Teach Us About Building a Healthy Civilization 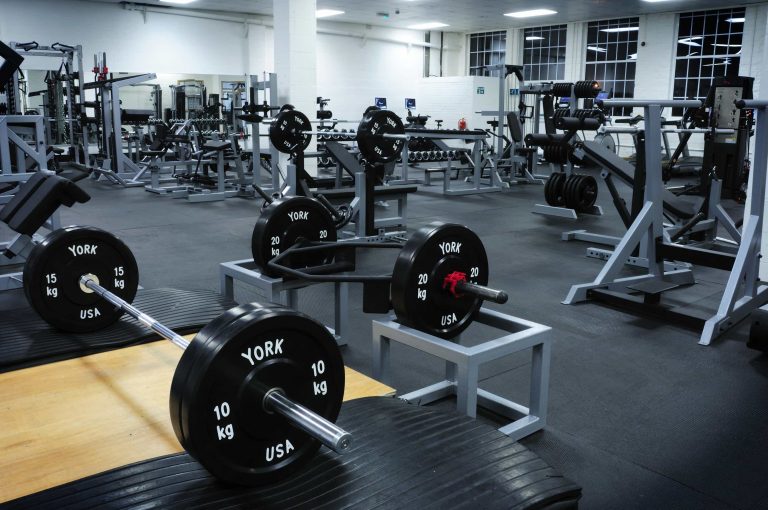 I've seen the gym aesthetics movement as a form of beauty and rejection of the modern world filled with masculine virtue. (Image: Paul Ransome via Dreamstime)

Gym culture is taking over social media. The consequences of unrealistic workout plans, health advice, diets, and before and after pictures on social media are causing many to feel unwanted in the fitness world. We reject this way of life as a form of toxic masculinity. I have been there in the past. So I get it.

However, as I have aged and begun to work out myself, I see this differently.

I’ve seen the gym aesthetics movement as a form of beauty and rejection of the modern world filled with masculine virtue.

Such prestige and reverence were given to the winning athletes that those victorious were honored with the privilege of statues of themselves being placed in the sanctuary of Zeus to commemorate their victory.

This is the epitome of the Western athletic culture. The origin of all Olympic Games and the heritage of a well-cultivated body in our modern world.

The virtues of the ancient Greeks

How far we have fallen from the virtues of the ancient Greeks.

If we look closely at the modern world, we will see a culture that promotes weakness in men. It wants us to be soft and sensitive — quite the opposite of the peak of ancient Greek civilization.

In a world that requires the same virtues of hard work, dedication, and persistence, it takes as much effort to build a muscular body and physique as it does to construct a well-sculpted and beautiful civilization.

While not all of the stigmas and stereotypes of gym culture are favorable, and some are downright degenerate, there is still beauty to this movement.

A great example of this is probably the most well-known bodybuilder. Arnold Schwarzenegger shone above the rest regarding hard work and dedication to achieving the aesthetics of his dreams. He then went on to become a movie star and even governor of a state, which was the highest possible political position he could achieve as a foreigner.

Strength does not come from winning

“Strength does not come from winning. Your struggles develop your strengths. When you go through hardships and decide not to surrender, that is strength,” is one of the great Arnold Schwarzenegger quotes.

This same hard work, commitment, and strengths are virtues of a man. It’s the ability to continue to put one foot in front of the other and march on, even when the load is unbearable.

Now, Arnold was an exception and had these virtues before entering the gym. However, suppose you are an everyday kind of guy and want to start cultivating your masculine side in an entirely healthy and beneficial way to yourself, your family, and society. In that case, committing to going to the gym is a great way to do that.

Yeah, you’ll come across the gym bro culture and negative aspects, but rising above this will strengthen you in ways other than your muscles and allow you to grow mentally and spiritually in the process.

In a world that is seemingly going in the wrong direction, rejecting modernity and embracing masculinity as a man is an excellent act of boldness that will ripple out and inspire those around you. That will build the foundations for strength to multiply and grow yourself and your capabilities. Strength is beautiful. Strong men are inspiring. And as always, a well-sculpted and developed body is revered by those around them.

Dedication and commitment are difficult. But if you can break through the barriers that hold you back, you will thank yourself for it in the future. And next time you come across an obstacle, be it in your personal or professional life, your increased strength of muscle mind will only act as something beneficial in achieving what needs to be completed and doing what needs to be done.