Only ‘Blessed People’ Know Where Blessings Come From 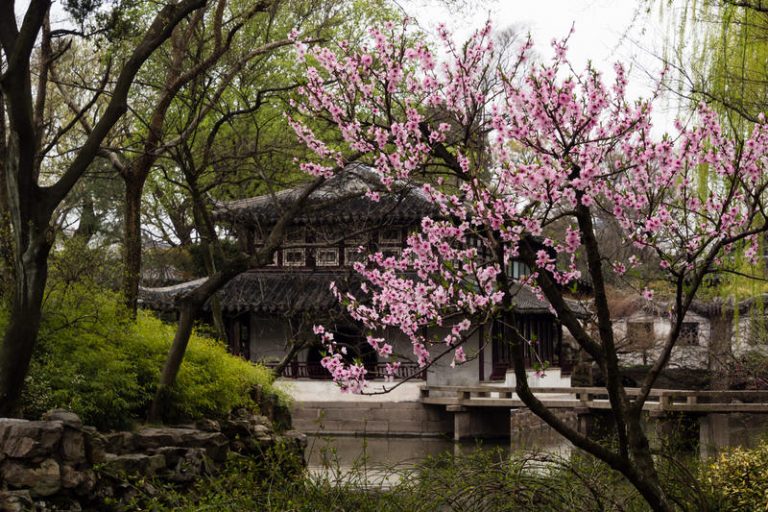 If you are willing to give warmth to others, this warmth will not disappear but will be preserved in the hearts of those who received such warmth. (Image: Katinka2014 via Dreamstime)

There is well-being in a home that accumulates virtue, as blessings abound. If you are willing to give warmth to others, this warmth will not disappear, but it will be preserved in the hearts of those who received such warmth. The giving of that warmth is a reward in itself. When you are in need, others will return the kindness to you.

A true example from history can be seen in the life of the legendary mother of Li Hongzhang.

Li Hongzhang (1823-1901) was a senior minister in the late Qing Dynasty, a great man in his own time, and an exemplar in history. He was one of the main leaders to advocate for the Westernization Movement. When Li Hongzhang became the Minister of Foreign Affairs, the imperial court was in jeopardy and faced foreign aggression. He was clearly aware of the gap in industrialization and modernization between China and Western countries. Hence, he advanced many proposals in carrying out reforms and innovations.

Dealing in foreign affairs and foreign relations, he realized that modernization had to start with the military, which he used to consolidate the national defense of the court. His other reforms were centered on business – starting with railways, textiles, communications, commerce, and education. Li Hongzhang worked tirelessly in his efforts to protect China’s interests. He was characterized as being resolute, having a clever mind, being good at solving complex problems, and having a strong spirit.

The story of Li Hongzhang’s mother

Li Hongzhang’s grandfather was a farmer in Hefei, Anhui Province. The Li family had dozens of acres of cultivated land that were considered to be productive. Grandpa Li had some medical skills and he also practiced medicine to treat the diseases of others. So his life was better than that of a normal farmer.

One winter, when Grandpa Li was on the way back home from treating patients, he heard a baby crying. He looked around and found a baby girl abandoned on the side of the road. The baby girl was suffering from smallpox, a deadly disease in those days, and also very contagious. The kind-hearted Grandpa Li took the baby home, cured her smallpox, and even brought up the child not knowing what great blessings this would bring the Li family.

No one knew who the baby girl’s parents were, so the girl took on Grandpa Li’s family surname. The girl grew up knowing that she was picked up from the roadside. At a very young age, the girl already knew how to work hard. She had no mother, and there was no one to bind her feet. When she was in her teens, she had big feet for the time, and a pockmarked face due to smallpox. She looked ugly. Many people said that it would be difficult for a girl with such looks to get married. But the Li family was not put off by her looks and they let her stay with them under the same roof.

Neighbors often laughed at the girl for her pockmarked face and big feet. The girl did not take it to heart and only knew how to work.

One winter, the girl was so tired after work that she fell asleep at the entrance of the kitchen. The boy from the Li family took off his coat and put it on the girl to keep her warm. This boy’s kind move was seen by his father, Grandpa Li.

When both the children were of marriageable age, Grandpa Li decided to marry the girl to the boy. The boy was actually Grandpa Li’s son whose name was Li Wen’an. No one expected that this decision would completely change the fate of the Li family, bringing the Li family blessings and extreme prosperity from then on.

It is said: “A good woman can make three generations prosper.” Following this marriage, the girl — Li Hongzhang’s future mother — brought great prosperity and blessings to the Li family and her husband’s destiny and good fortune also rose.

Li Wen’an, the son of the Li family, was of average talent. He started to study at the age of eight. When he was 13 years old, his peers were already admitted as scholars. However, he had just finished reading the Four Books, and he failed his exams year after year.

Marriage brought boundless success and blessings to the Li family

When Li Wen’an passed the Jinshi examination and became an official, his wife took on all the burdens of the family. She managed the housework, worked in the fields, and was a good hand. All the affairs of the family were managed by her.

The burden of educating the children naturally fell on Mrs. Li, and her good words and deeds had a profound impact on the children. She endured hardships and was a gifted mother. Although she had never read a book, she was very wise. She constantly reminded her children: “When the water is full it will overflow.” She was low-key, cautious, diligent, and humble, showing all the true characteristics that “blessed people” show.

The legendary mother nurtured the talents of all her six sons. Her sons all achieved high ranks: two governors and four first-rank officials. Of the two daughters, the eldest daughter married an admiral from the same county, and the second daughter married a prefect of Jiangsu of the same county. All had beautiful marriages and received many blessings.

One year, there was a “switch” of governors within the Li family. Li Hongzhang was transferred from Huguang to Gyeonggi and served as the governor of Zhili, while Li Hanzhang, the elder brother, was transferred to Huguang, taking over Li Hongzhang’s position.

Li’s mother lived in the Huguang Governor’s residence when Li Hongzhang was still the governor. Now, Li Hanzhang had come to Huguang to take over from Li Hongzhang.

The Li family was wrapped in glories, high honors, and blessings; sons and sons-in-law were constantly being promoted, and the people around them were envious.

In the first half of her life, Mrs. Li took care of the housework and raised her children. She worked very hard and raised morally upright children. This made her blessed in her later years.

Honored by the Emperor

On her 75th birthday, as she was the mother of Li Hongzhang, governor of Zhili, and the mother of Li Hanzhang, governor of Huguang, who was almost 80 years old, Emperor Guangxu issued a special decree of commendation for her and a special plaque. On the plaque was written: “Song Yun Yi Shou” (a reference to longevity trees that symbolize longevity, tenacity, and nobleness). There was a Ruyi handle inlaid with jade, two large rolls of cheongsam fabrics, and eight silk satin robes.

Mrs. Li was a lady of great wisdom and serenity. Whenever her husband and children were being promoted and while others were rejoicing and smiling, she just kept quiet, thus depicting a truly “blessed person.” God also rewarded this hard-working woman with wealth in the second half of her life. Mrs. Li lived up to the age of 83, 28 years longer than her husband Li Wen’an.

In 1882, Mrs. Li died at the age of 83. Emperor Guangxu rewarded her with honors, and also issued an edict that officials along the way take proper care of her funeral. The ship carrying her coffin descended from Hankou along the river, and all the officials on the way bowed down to show their respect.

A few years after the deaths of Li Hongzhang and Li Hanzhang, the Qing Dynasty still praised Li Hongzhang’s mother and named her a first-class woman. It shows that people still missed her and their feelings were sincere. This success story relates that people need to accumulate virtue and do good deeds to be rewarded with blessings. Li Hongzhang’s grandfather adopted a poor abandoned baby girl left on the side of the road to die, and through his kindness, accumulated great blessings for the Li family.