The Story of Ah Xiu, a Tale of Love and Loss 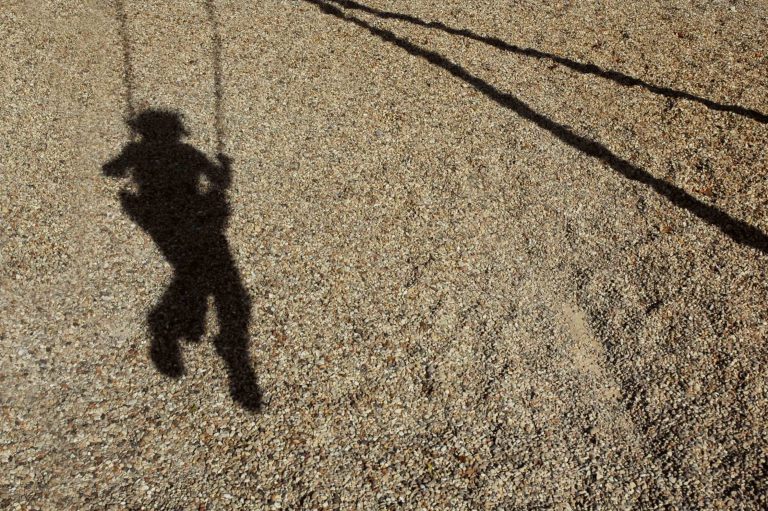 Mother wanted me to take her out to play, but who wanted to play with a retarded child like Ah Xiu. (Image: Raycan via Dreamstime)

This is a story like no other, told by Ah Yi about his adopted sister Ah Xiu. He did not know his father, who died in a car accident when he was very young.

Ah Yi remembers that when he was 10 years old, his mother took him to the markets where they saw a group of children bulling a small girl. His mother chased the children away, and rescued the girl.

It turned out the young girl was retarded, and she looked to be aged around 6-7 years old; however, she had the IQ of a 3-year-old. The children said:

“She is retarded, and no one wants to keep her.”

Mother brushed the dust off the girl and said: “Come home with us.” She named the little girl Ah Xiu, because that name made her sound like she was my sister.

I hated her, and having her with us made us the laughing stock in the village. I asked mother why we had to keep the girl, and my mother replied:

“If we don’t take her home, she will die from hunger.”

My mother gave the little girl a bath, then cut her hair, and put some of my old clothes on her. In the spring, a doctor came to our village, and mother took Ah Xiu to see him. The doctor checked her again and again, and said to my mother:

“She is a little autistic and has the intelligence of a 3-year-old. The best medicine is give her a ton of love, talk to her a lot, and never give up.”

Mother talked to Ah Xiu a lot, from the moment she woke in the morning until night time. Mother even told me that I had to talk to her every day, saying at least 100 sentences. I was mad and talked to her really fast, which confused poor Ah Xiu. I was very unkind to her when my mother was not around, for I knew she did not know how to tell mother about me.

Mother had no choice but to keep her home, and Ah Xiu was OK with that. She used a stick and did drawings on the ground for hours every day.

Ah Xiu grew up to be a good-looking young girl

In a few years, Ah Xiu had grown to be quite a good-looking young girl, and she could even help in the field and do simple house chores. I finished high school and went on to college. The first year in college, I was so happy, like a bird with wings — I finally could fly away from home.

However, during the summer, I went home and was shocked to see mother lying in bed after a stroke. Ah Xiu had put my mother on a simple two-wheeler and pulled her to the county hospital 10 miles away. My mother told me that she had been in bed for 3 months. Because it was too expensive to stay in the hospital, she needed to go every other day; fortunately, Ah Xiu could take her.

I felt quite guilty when I looked at Ah Xiu’s blood-stained marks from the rope. I asked her: “Does that hurt?” She simply replied: “As long as mother is not hurting, I am OK.”

I tried to pull my mother with the rope, but could only manage a quarter mile. However, Ah Xiu took over. She was almost running and saying to mother:

”We are crossing a ditch, be careful; we are crossing bridge, close your eyes; look, Mom, the tree ahead of you is blooming; we are about to go into the hospital, please put your shoes on… ”

After the hospital visit, Ah Xiu settled my mother in bed and went into her room. I tried to go into her room; however, it was locked. Mother said to me:

“Your sister is working to earn some money. We have already spent 3,000 yuan. She earned that money.”

My sister knew how to make money, and that was incredible! My mother explained that a designer from an embroidery factory needed good designs, and Ah Xiu was being paid 10 yuan for each design. The designer brought many of her designs; Ah Xiu was pleased with that offer, as she could make more than 10 designs a day.

One day, I saw that Ah Xiu held her coloring pen the same way she had held the wooden stick when she was doing her designs. Poor Ah Xiu, I thought, no one had even taught her how to hold a pen. I felt so bad.

After the summer, I told Mom with tears in my eyes that I needed to stay home, as I could not let Ah Xiu shoulder all the responsibility of taking care of her. Since we were very poor, my mother agreed; however, Ah Xiu shook her head and ran back to her room.

In my final year of college, my mother died from a heart attack. After being told about my mother, I was so anxious to go home. But unfortunately, there was a huge snowstorm and hundreds of thousands of people became stranded at the train station. I kept calling home, but no one answered.

At first, I was worried, but then I became angry. Where on earth was Ah Xiu; why didn’t she pick up the phone? I was at the train station for 10 days before I could get a ticket to go home. When I entered the house, I noticed the neighbors trying to avoid me.

In the living room, I saw a white sheet covering a body. As I slowly pulled down the sheet, I was shocked to discover that it was Ah Xiu. Where was mother?

Our neighbor shook her head and said:

“Since your mother died, Ah Xiu has knelt beside the casket calling for mother, saying that she wanted to take her to the hospital.

“After 7 days, we had to bury your mother because we could not wait for you to get home.

“That night, it snowed heavily. Ah Xiu got up in the middle of the night and took all the quilts to your mother’s grave. She covered the grave with them, but didn’t cover herself, and stayed under a tree. We found her the next morning frozen to death… ”

After hearing that, I could not see anything except total blackness around me….