The Health Benefits of Organic Foods 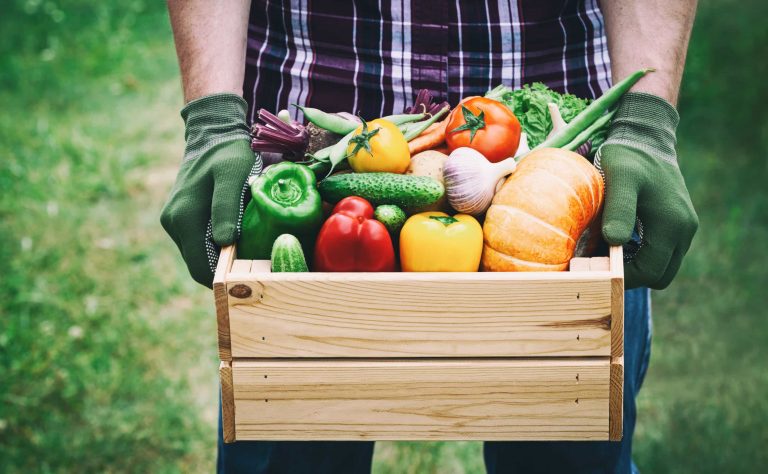 Studies have shown that organic foods have more antioxidants, higher nutrition, and a much lower incidence of pesticides that can build up in the human body and cause many problems. (Image: Julia Sudnitskaya via Dreamstime)

I’m a mother myself, and as such, I do my very best to give my children the best food we can afford. That being said, organic foods have made a difference for them. Studies have shown that organic foods have more antioxidants, higher nutrition, and a much lower incidence of pesticides that can build up in the human body and cause many problems.

Even after a week of eating almost pure organic foods, adults have had the number of pesticides in their bodies drop by 90 percent — that’s a significant amount. My family and I live on a small island in Washington state, a tranquil place with many farms and local growers.

We help on one of the organic farms, Heritage Farm on San Juan Island, and have participated in the planting, weeding, and tending of fresh organic produce. At the peak of the summer harvest, our garden is overflowing with foods like kale, chard, tomatoes, green beans, fresh basil, zucchini, potatoes, and many others.

Healthy food for your body and mind

Helping on the farm the way we do is healthy for our bodies and minds; it’s a lot of work, to be sure, but it’s very satisfying to see the efforts of your work bear fruit, quite literally. In addition, we sell our organic foods at the weekly farmers’ market, which helps the local economy and community.

More and more people are willing to pay the higher prices for better quality food, as numerous studies show that Genetically Modified Organisms (GMO) crops are causing many problems in the long run. For example, the pesticides sprayed on GMO crops are directly responsible for the plummeting bee populations and contribute to many health problems for humans, especially in long-term studies.

Pesticides, heavy metals, and other polychlorinated biphenyls (PCBs) are very well documented to cause enormous problems for animals worldwide. Most people in the world have heard of the infamous DDT, a pesticide used mainly in the 1960s-1970s that almost caused the extinction of the California Condor.

With DDT in the system, the large predator birds and the large scavengers were getting a massive pesticide concentration, causing thin and easily broken eggshells and immediate devastation for the next generation. Thankfully, the California Condor has recovered over the past decade into more stable numbers, but pesticides have not gone away.

A lot of people have been grumbling lately because of labeling issues. What is organic? What does natural mean? We indeed need a more stringent labeling system so people can know what they are eating. The “DARK Act,”… also known as the “Deny Americans the Right to Know,” has been at the core of the standing argument between GMO foods and organic foods.

Most people would agree that we should have the right to know what we eat and how it’s produced. However, the Organic Trade Association (OTA) has recently angered many supporters because instead of clear labeling, they are using codes and disclaimers… saying that if people want to know, they can find the information on their own.

Not an easy task

Between labeling conflicts and higher prices, many older people are skeptical of the organic food movement. Many years ago, in our great-grandparents’ time, food was just called food. There was no concern about GMOs or those health issues. Now, government regulations have made it difficult for everyday people to have a garden, let alone do organic farming.

There are so many codes, and rules that are having food off of a truly organic farm with no pesticides is becoming harder and harder, let alone fresh raw milk. In addition, small farmers are having trouble keeping up with the competition from more prominent organic brands, let alone GMO products.

So the prices are higher because it’s tough to make a profit when you are a small farmer, trying to keep things running and save something at the end of the year. More and more people are willing to pay the premium prices nowadays, though, as the organic industry keeps gaining popularity, and more people are finding the health benefits do pay off in the long run.

After all, it costs less to buy organic food than pay the doctor’s bills in the long run.