The Legend of Liangzi Lake 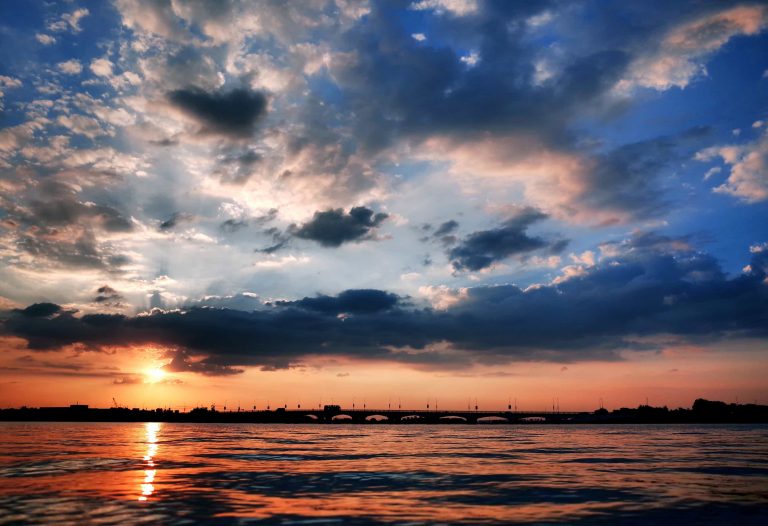 At 22 km wide and 32 km long, Liangzi Lake is one of China’s largest. lake (Image: Yu Liu via Dreamstime)

At 22 km wide and 32 km long, Liangzi Lake is one of China’s largest lakes. Located in Wuhan City, Hubei Province, this lake features a story from 1,000 years ago when it got its original name, the Mother and Son Lake. Over 1,000 years ago, there was no lake there, and the area was known as Gaotong County.

One day, a corrupt magistrate called He Hairen arrived to take charge of the county. He embezzled funds, kidnapped women, and drank in taverns. As a result, the people gave him the nickname “Living Murder,” which was a pun on his Chinese name.

The entire county soon descended into chaos. As the saying goes, “the fish stinks from the head” — with the government official setting such a bad example, everyone else followed and became selfish and greedy. As a result, the citizens suffered, particularly those who tried to uphold their morals.

One family lived at the foot of a hill that was kind-hearted and refused to change their way of living. The husband had taken the imperial exam to become a government official, but they had to wait long to hear the results. In the meantime, his wife, Meng Yuhong, and son, Liu Renhong, worked hard to make a living by collecting and selling firewood.

Looking for an umbrella

One day, a monk holding a broken umbrella wandered through the village, begging people to exchange a whole umbrella for his broken one: “Please give me a good umbrella, and you can have this one! Please, I need an umbrella!”

The villagers thought he was a lunatic and ignored him. When he saw Meng and her son, the monk approached them, saying: “Please, soon it will rain, and I have no protection. Please give me a whole umbrella to have protection, and then I can be on my way.”

Meng felt sorry for him and sent her son home to find their umbrella. The monk thanked them both and asked for directions. Meng asked her son to show him the way out of the village.

As they passed the county hall, the monk pointed at one of the stone lions guarding the entrance and whispered a few words to Liu as he left the village. Liu shared the secret with Meng when he got home.

The following morning, and for several days after, Liu went to look at the stone lion. Finally, on the third day, the local butcher, whose shop was nearby, approached Liu and asked him why he came to see the lion every day.

Liu replied: “I have to check every day to see if its mouth is bleeding.” The butcher laughed. “How can a stone animal bleed?” That night, after butchering a pig, he remembered Liu’s words. He took a bowl full of blood and poured it into the lion’s mouth.

The next day, when Liu saw the blood, he ran home and told Meng what had happened. Immediately they ran through the village, beating a drum and telling everyone to run for their lives. “Hurry up, everyone, get to the hills; something bad is coming.” People asked what they were talking about.

Meng and Liu shared what the monk had told them. “Three days ago, a monk told us that our village would be submerged in three days and end up at the bottom of a lake. The exact time would be when the stone lion’s mouth started to bleed. My son has been checking the lion every day, and today there is blood. Please believe us! Run to the hills, please, before it’s too late! Bring your families, don’t leave anyone behind!”

Knowing how trustworthy Meng and her family were, some villagers believed her and started preparing to leave, gathering supplies and family members for the trek into the mountains. But others refused to accept, saying: “What’s wrong with you? You’re talking nonsense; there’s no flood. We should have you arrested for spreading rumors and starting a panic.”

Meng and Liu made their way to the county hall, finding the Living Murder drinking inside, surrounded by his cronies. Meng and Liu tried to warn them, but the guards refused to let them enter the hall and ignored their pleas to run and save themselves.

The day turned dark as the sky filled with flying sand and rolling pebbles. Thunder roared as a vast wave rolled over the town, shaking the ground like an earthquake as everything and everyone disappeared beneath the heaving water.

As the water reached Meng and Liu, a colossal lotus leaf floated past them. They were able to climb onto the leaf. Strangely, no matter how the wild waters were tossed around them, the leaf stayed steady and kept afloat despite the destruction and chaos; they both felt safe.

So instead of Gaotong County, there was now a lake known as Liangzi Lake. The giant lotus leaf that was Meng and Liu’s boat turned into an islet called Liangzi Island. The locals say: “Sink Gaotong County and float on the lotus-leaf islet.”

Today, there is a statue of Meng and one of Liu standing on Liangzi Island in the middle of Liangzi lake, honoring their kind hearts and reasonable efforts to save the villagers. When you visit the island, you can look into the deep waters of Liangzi Lake and imagine Gaotong County, the village that existed 1,000 years ago.