E-Cigarettes Are Harmful and Addictive to Youth 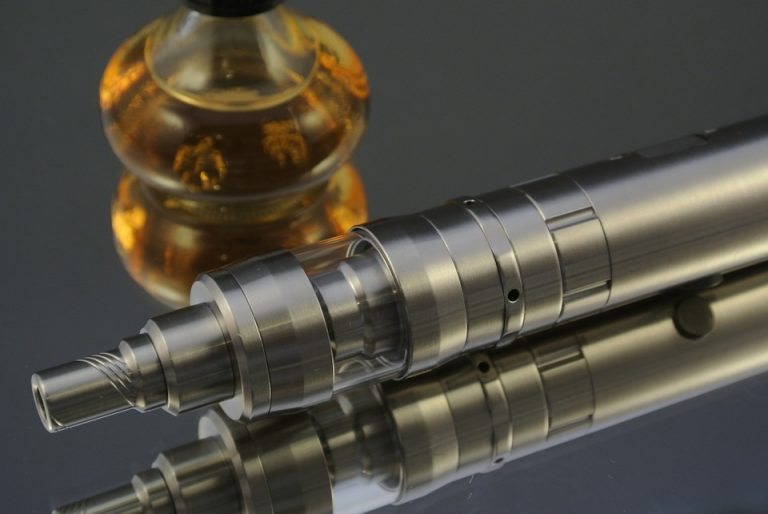 E-cigarettes, or vapes, are causing harm and risk introducing a new generation to smoking, warn experts from The Australian National University (ANU) following their government report into vaping. (Image: Pixabay)

E-cigarettes, or vapes, are causing harm and risk introducing a new generation to smoking, warn experts from The Australian National University (ANU) following their government report into vaping. The major review found the use of nicotine e-cigarettes increases the risk of a range of adverse health outcomes, particularly in youth, including taking up smoking, addiction, poisoning, seizures, trauma and burns, and lung injury. Lead author Professor Emily Banks, from the ANU National Centre for Epidemiology and Population Health, said:

“We reviewed the global evidence in order to support informed choices on vaping for Australia. The evidence shows e-cigarettes carry significant harms. Nicotine is a key ingredient and one of the most addictive substances known. Vaping is causing addiction in a new generation of users.

“Young non-smokers who vape are around three times as likely to take up smoking than non-vapers. Nicotine use in children and adolescents can lead to lifelong addiction issues as well as difficulties in concentration and learning. Vaping is also illegal if it isn’t on prescription.”

“The evidence is there for some of the risks but for most major health outcomes, like cancer, cardiovascular disease and mental illness, we don’t know what the impacts of e-cigarettes are. Their safety for these outcomes hasn’t been established. There are myths targeting young people; the false ideas that vapes wouldn’t be widely available if they were dangerous and ‘it’s just water vapour’.

“Vapes deliver hundreds of chemicals — some of them known to be toxic and many others with unknown effects. In Australia, over two million people have used e-cigarettes. Use is more common among youth, particularly young males, and among smokers and the majority is not for the purposes of smoking cessation.”

Users of e-cigarettes in Australia

“The report found limited evidence that nicotine e-cigarettes were effective to help people quit smoking in the clinical setting. Most people who quit smoking successfully do so unaided. E-cigarettes are likely to be harmful for non-smokers and for people who use them while continuing to smoke — the commonest use pattern currently. E-cigarettes may be beneficial in the small number of smokers who use them to quit smoking completely and promptly, but there is a huge uncertainty about their effectiveness and the overall balance of risks and benefits for quitting.”

The report supports national and international efforts to avoid e-cigarette use in the general population, particularly among non-smokers and youth.

“Our young people have been through a lot and they deserve the best future possible. The evidence is in that avoiding e-cigarettes should be part of that.”

Cancer Council’s Public Health Committee Chair, Anita Dessaix, said the ANU report is the most comprehensive study of all the health impacts of e-cigarettes ever published worldwide and it sends an urgent message to Australian governments, adding:

“Every week we’re hearing growing community concern about e-cigarettes in schools, the health harms and the risks of smoking uptake among young people. Now we have the world’s most authoritative independent scientific analysis showing us exactly why we’re seeing those problems. A public health crisis is rapidly unfolding before our eyes.

“This thorough, rigorous, independent report, from one of the world’s leading public health research centres, should put an end to the misinformation being spread by people trying to make money from e-cigarettes. These findings send a clear message to all governments: act now. Do more to protect the community, especially young people, from the harms of e-cigarettes.”

Provided by The Australian National University [Note: Materials may be edited for content and length.]