The Fate of Two Brothers 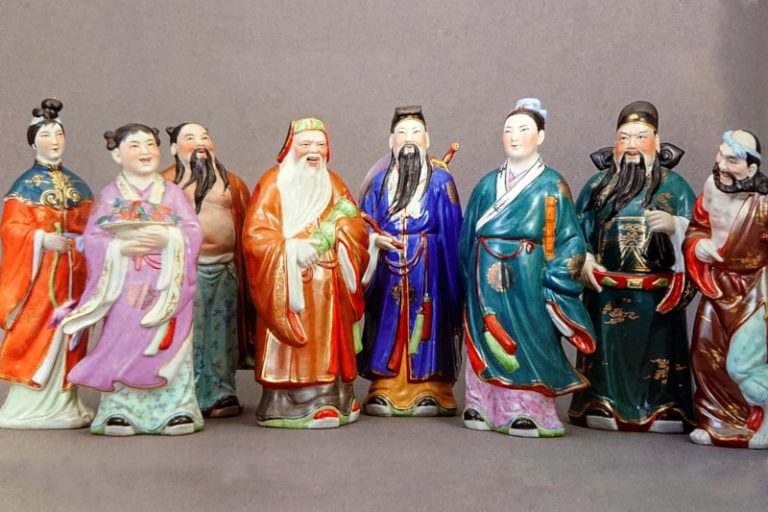 'Royal Uncle Cao' was always kind-hearted and focused on cultivating Daoism, eventually taking rank among the Eight Immortals, but the fate of his evil brother was not so bright. (Image: Beethoven1612 via Dreamstime)

Born in the Song Dynasty, brothers Jingxiu Cao and Jingzhi Cao lived markedly different lifestyles, which led to very each having a very different fate; the former lived an exemplary life, while the latter lived a life filled with nefarious ways. They were the younger brothers of the empress and uncle to the emperor at that time.

Jingxiu Cao, also known as “Royal Uncle Cao” (Cao Guo Jiu), did not have much interest in politics. He focused on a more monastic life while cultivating Daoism. Jingxiu also spent time doing charitable work, trying to help those in need and suffering.

He was always kind-hearted and thoughtful, and he had no desire for worldly gains. Myth has it that Jingxiu Cao ultimately took rank among the Eight Immortals — a legendary group of divine beings in Chinese folklore.

The younger brother, Jingzhi Cao, however, was full of arrogance, greed, and mischievousness. Unlike his older brother, Jingzhi treated money as if it were his life; as a result, he plundered as much wealth as he could. He made friends with local hooligans and occupied other people’s land as his own.

His evil ways were notorious, but no one dared to challenge him due to his powerful connections to the emperor. Jingxiu always spoke with affliction about his younger brother:

“I am very fortunate to be able to cultivate in the Dao, while my brother, who is obsessed with money, is always finding unscrupulous ways to get more and more of it.

“He does not realize the harm it does to him and his children, who are rendered unable to concentrate in their studies; they are completely ruined by the illusion of what riches can provide.”

At the age of 30, Jingxiu was paid a visit by a Taoist named Han Xiang. Jingxiu held Han Xing in high regard, and the two spent a lot of time discussing the issues of monasticism. One day, Han Xiang remarked about Jingzhi’s evil deeds, and told him he would inevitably meet with retribution.

Upon hearing this, Jingxiu was very saddened, so he continuously pleaded with his younger brother to change his heart toward goodness. However, Jingzhi would heed none of his older brother’s warnings. Jingzhi’s deep-rooted interest in money blinded him to the consequences of his actions, and he even mocked his brother’s pleas, saying:

“Are you crazy, trying to talk me into giving all this up? If you continue being like this, you should go see a doctor!”

When Han Xiang heard Jingxiu describe his brother’s behavior, he said: “What your brother did was unforgivable; his fate will be met with doom.” With a profound sigh, Jingxiu replied: “Of course, what will ultimately happen can not be helped, but as his elder brother, I must do my best to offer him salvation.”

One day, in a final attempt, Jingxiu bestowed upon his younger brother this principle:

“The law of the universe is such that good is met with good rewards in life, while devastation can only await evil; it cannot be escaped, as this law will never change. Wise people know that the most important thing in life is to be virtuous.

“Because our ancestors did good deeds and accumulated merit, we are able to enjoy a prosperous life, but you are obsessed with materialism and do not realize the suffering this brings to you and your posterity.

“Do you know that as human beings, we should be cultivating ourselves and pursuing the truth in life, instead of obsessing over money and committing crimes over it? If you don’t change your ways, then you will have an infinite amount of regret when the time comes.”

Though Jingxiu poured his heart out to his brother, Jingzhi was still unable to enlighten to the teaching. Jingzhi only retorted: “It is no use telling me these things. Leave me alone!” Jingxiu was very disappointed when he heard this, and left with no other words.

Overwhelmed with sadness and shame over his brother, Jingxiu left his home and position and retreated to Heng Mountain. There, he lived the life of a hermit and continued his studies of Daoism. While living in the mountain, Jingxiu came upon Immortals Lu Dongbin and Hang Zhungli.

Following their guidance, Jingxiu quickly enlightened to the Dao and became an immortal himself. As for Jingzhi, his evil ways eventually led him to commit murder; he was convicted and sentenced to death.

All his illegally acquired properties were confiscated, and his accomplices were punished in one way or another.

Though born to the same prosperous family, the contrasting fate of the brothers’ lives was due to the difference in their moral character. There is absolute truth in the saying “good is rewarded with good, evil is met with evil.”

Those who believe in this universal law of fate will always consciously try to do the right thing and do good deeds, thus bearing virtue and bringing good things for their future. Those who are obsessed with fame and fortune, and heartlessly do harm to others for that little bit of gain, can only be met with dreadful retribution.