How Women’s Hair Became a Valuable Commodity in South Korea 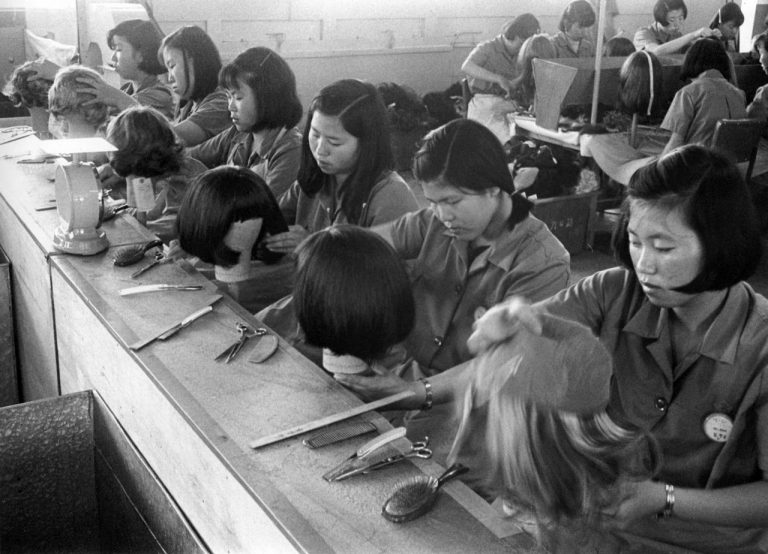 Wigs emerged as a viable way to earn money as selling wigs to buyers in the Western countries ensured a steady flow of foreign currencies into South Korea. (Image: via Public Domain)

South Korea is a country known mostly for its flourishing technology sector and amazing beauty products. However, most people don’t know about the women’s hair trade that thrived in the country and helped the nation grow financially in the 1960s.

As in many places influenced by Confucian thought, Koreans traditionally saw hair as a precious gift from one’s parents. However, South Korea was among the poorest countries in the world following the war with the north, as its per capita income was below US$100. Families were financially shattered and did not know how to make ends meet. Wigs emerged as a viable way to earn money, as selling wigs to buyers in Western countries ensured a steady flow of foreign currencies into South Korea.

Korean women’s hair was mostly exported to Western countries such as France and the U.S. The Education University of Hong Kong’s assistant professor Jason Petrulis says top-quality wigs were originally made in Europe from European hair. However, this changed in the 1960s as Korean-origin women’s hair dominated the wig sector. The abundant supply of Korean women’s hair made wigs a usable accessory for Western women, and wearing wigs was no longer restricted to those in high society.

People from all walks of life in South Korea took part in the hair trade. Chang Sun Hwa, born and raised in a doctor’s family in the 1950s, says: “My grandma did not cut her hair but collected the hair that fell on the ground after combing it. She sold her hair after she collected enough.” However, Chang did not like the experience of getting her first haircut. She felt like a vital body organ was being removed.

At first, South Korean women’s hair was just a raw material exported to wig manufacturers abroad. However, South Korean homegrown factories cropped up to process hair into wigs in a matter of years. By the late 1960s, South Korean wig factories relied mainly on imported women’s hair from China and other neighboring countries for a lower price. This new phase of success also relied on thousands of young women’s cheap quality labor.

Over the next decade, the wig industry boomed in South Korea. In 1964, wig sales totaled just US$14,000. However, by 1970, wigs brought South Korea over US$93 million in annual revenue. At its height, wigs made up 9.3 percent of South Korea’s exports and were its number two export in the early 1970s after electronic products.

As the industry grew, many young South Korean women started working at wig factories, which gave them unprecedented economic freedom. However, the downside was these young women were often exploited.

Petrulis says: “Owners would train women to work only on a single step in the production process, making it harder for woman workers to move into management. It would be harder for a woman to take skills from one factory to another for higher wages. Women also were usually paid by the piece (rather than by fixed salary), and sometimes worked from home factories, so that individual workers carried a lot of the financial risk if production slowed down.” They were paid lower salaries even though the industry was growing well.

The factory women realized this and united to make their voices heard. The all-female YH labor union revolted in 1979. Their demands were not met and riot police ended the protest eventually. However, the bravery paved the way for other Korean women’s trade unions, such as Korean Women’s Associations United.

The global wig industry is still booming — growing by 30 percent in 2020. The source and labor that goes into making a wig remain largely female, though the industry has shifted toward India, China, Thailand, and Bangladesh. The popularity of wigs and hairpieces provides economic opportunities to thousands of women in these countries, as it did in South Korea.