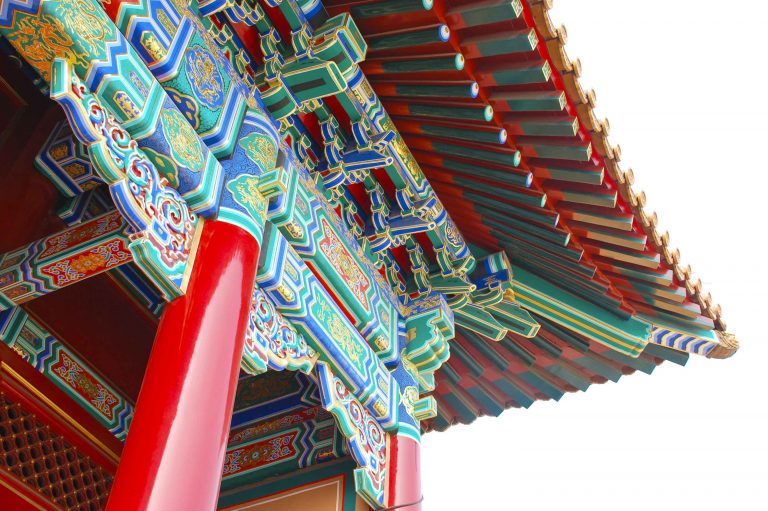 The Chinese proverb of the Four Anchors, also known as the Four Social Bonds (四維 sìwéi), represents the sense of propriety, justice, integrity, and honor (禮義廉恥 lǐ yì lián chǐ), which are the traditional Chinese virtues.

chǐ (恥) means shame, a sense of right and wrong.

Watch the video below (courtesy of NTD TV AP) of the Chinese calligraphy of the characters for the Four Anchors demonstrated by Mr. Hsiao Shih-Hao, president of the Moxiang Calligraphy Association, Taipei, Taiwan:

The Four Anchors are made the Four Pillars of the State

During the Spring and Autumn Period, the Prime Minister of the State of Qi, Guan Zhong (645 B.C.), ordered that the sense of propriety, justice, integrity, and honor be the Four Pillars of the State.

In 1934, Generalissimo Chiang Kai-shek of the National Military Council of the Nationalist Government of the Republic of China (R.O.C.) launched the New Life Movement (Xīn Shēng Huó Yùn Dòng), aiming at the promotion of a regular life guided by the Four Anchors.

Since these four virtues are the essential principles for the promotion of morality, people were required to apply them to their everyday lives in the matter of food, clothing, living, and action, so as to regulate every aspect of our daily lives.

In 1939, the sense of propriety, justice, integrity, and honor was designated by the Ministry of Education of the Republic of China as the common motto for all schools. Today, it is still applicable to schools in Taiwan, and it is common to see the four Chinese characters of 禮義廉恥(lǐ yì lián chǐ) glow at the main entrance of many schools in Taiwan.

It is to remind students to be courteous, honest, respectful, and well-behaved according to the Four Anchors at all times.

Unfortunately, the Four Anchors promoted by the Chinese National Government were destroyed in China during the Great Cultural Revolution, as they were considered one of the so-called “Four Olds (Old Customs, Old Culture, Old Habits, and Old Ideas).”

Today, when people are doing their level best to pursue economic growth, it is imperative that all governments attach more importance to reviving these traditional virtues so that the world can be more peaceful and society more stable.