What Avian Flu Is and How to Limit Its Spread 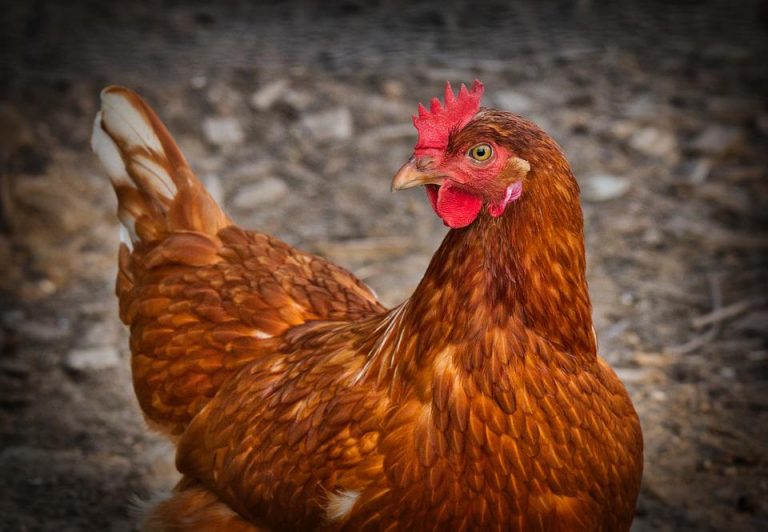 Poultry veterinarian Don Reynolds answered a few questions regarding the spread of the virus, how to mitigate it, and how concerned people should be about contracting it. (Image: via Pixabay)

On Jan. 14, the U.S. Department of Agriculture reported that the Eurasian H5 strain of the highly pathogenic avian influenza — commonly called the avian flu — had infected a wild duck in South Carolina. That report marked the first detection of a highly pathogenic, or disease-causing, strain in the United States since 2015. Unfortunately, it would not be the last. The avian flu has since spread west, striking wild birds in at least 31 states and infecting more than 24 million U.S. poultry.

In early March, the Nebraska Department of Agriculture confirmed the Cornhusker State’s first case in a wild goose near Lincoln’s Holmes Lake. Five outbreaks have subsequently hit Nebraska: two in commercial flocks of broiler chickens that totaled nearly a million fowl, with three others in backyard flocks of chickens or other domesticated birds kept by private citizens. The avian flu usually proves fatal to chickens, turkeys, and other poultry. Don Reynolds, professor and poultry veterinarian with the University of Nebraska-Lincoln’s School of Veterinary Medicine and Biomedical Sciences and the Nebraska Veterinary Diagnostic Center, said:

“Part of my role in Nebraska Extension is trying to get this message out to people, trying to help them through this.”

In that vein, Reynolds recently answered a few of Nebraska Today’s questions regarding the spread of the avian flu, how to mitigate it, and how concerned people should be about contracting the virus.

How is the avian flu typically transmitted?

The virus, which occurs naturally in wild birds, typically spreads through secretions — saliva, nasal discharge, and feces, in particular. Waterbirds are especially prone to transmitting the virus, Reynolds said, as illustrated by the initial cases in South Carolina and Nebraska, adding:

“Waterfowl can harbor the virus and oftentimes not have the clinical signs. As they fly around, they not only shed it through the respiratory tract, but also from the intestinal tract. So they can defecate in a pond, along the banks of some sort of waterway, puddles, in a field. Through that, other birds pick it up, and it can eventually get into our commercial flocks and small flocks.”

The tires of vehicles and the boots of their owners can also easily transport contaminated feces. Reynolds said limiting the spread of avian flu is critical given that the poultry industry does not currently vaccinate against the virus:

“Biosecurity is extremely important, because that’s basically the only defense we have.”

What can owners of backyard flocks do to mitigate the risk of infection?

Commercial poultry producers generally monitor the food and water intake, behavior, and appearance of their birds close enough to spot signs of avian flu, Reynolds said, and know how to proceed in the event of an outbreak. They also implement practices designed to minimize the odds of their poultry contracting avian flu and other viruses. Private owners of backyard flocks, by contrast, are often less familiar with the threat of viruses, Reynolds said:

“A lot of people who keep those (birds) in the backyard or an acreage let them run loose. Sometimes they’re penned, but the pens can have exposure to wild birds. Wild birds can fly in, drink out of the drinkers and expose the birds that way. The reason we’re really putting an emphasis on trying to get the message out to the backyard flock owners is because these are the birds that are typically exposed to wild birds and waterfowl.”

What are the symptoms of avian flu in chickens?

“Unfortunately, oftentimes, the first sign is that the birds just pass away. It’s a very sudden onset. Yesterday they were fine, and today we find them dead.”

When non-lethal symptoms do manifest, they can appear as a lack of energy and a decrease in appetite and/or thirst. Wattles, combs, and legs may swell and/or turn purplish. Respiratory issues and diarrhea can emerge. Egg production can diminish, and eggs that are laid may be soft-shelled or misshapen. Reynolds added:

“The problem is that there are other diseases that also have these types of clinical signs. So there’s not one clinical sign that we can say, ‘That’s avian influenza.’ That’s why we suggest that if people think (their birds) may have it, they need to have the birds tested. And we certainly emphasize that they should not feel bad about asking someone to come out to test.”

Who should owners of backyard flocks contact if they suspect avian flu in their birds?

Owners who know a local, trusted veterinarian shouldn’t hesitate to reach out, Reynolds said. Beyond the local level, they can contact Roger Dudley, the Nebraska Department of Agriculture’s state veterinarian, at roger.dudley@nebraska.gov; call the U.S. Department of Agriculture at 1-866-536-7593; or reach out to Reynolds himself at dreynolds2@unl.edu or 402-472-8810. Reynolds advised anyone owning a backyard flock to bookmark the website for the Big Red Biosecurity Program, which he developed in part to provide backyard flock owners with all of the information and resources they should need.

“I think it’s important that people realize that having their birds tested does not mean that the government is going to come in and take away their birds.”

A technician will visit, at no cost, to take swabs from the windpipes of the birds. Those swabs then get delivered to the Nebraska Veterinary Diagnostic Center on East Campus, which tests them for avian flu. Results typically come back within 24 hours. If they’re negative, no further action is needed. If they’re positive, the diagnostic center forwards the samples to the National Veterinary Services Laboratory for confirmation.

In the event of a positive test, the Nebraska Department of Agriculture and USDA establish a 10-kilometer (6.2-mile) quarantine radius around the initial site, testing every domesticated bird in that radius for the avian flu. The birds that initially tested positive are humanely killed and securely disposed of, with the owners of those birds receiving an indemnity payment.

What’s the likelihood of people contracting the virus?

The H5 strain of avian flu can jump to humans. Reynolds said:

“That’s the bad news. The good news is that there is not a high mortality associated with it. To my knowledge, no one has ever died from it. People have gotten mild symptoms. But it’s not very transmissible at all from one person to another.”

The Centers for Disease Control and Prevention have reported no cases of avian flu in Americans since the start of the 2022 outbreak. But the CDC has emphasized the importance of cooking poultry at an internal temperature of at least 165°F, a common practice for killing food-borne pathogens.

How long is this likely to be an issue in Nebraska?

With its abundance of cool, moist air, precipitation, and melt-off of remaining snow, springtime naturally lends itself to spreading the avian flu, Reynolds said. And as Nebraskans know well, many waterfowl are migrating via flyways that often cut through the state. Still, the onset of summer is likely to alleviate the outbreak, Reynolds said, at least to some degree. Reynolds concluded by saying:

“Historically, and in the outbreak of 2015, this started at the end of March, was devastating in April and May, and toward the end of May and June, it started to lessen and pretty much extinguished itself. So we think that if we can just get through the next two to three months and get into the summer, we’ll be over the hump and, hopefully, this threat will be beyond us.”

Provided by University of Nebraska–Lincoln [Note: Materials may be edited for content and length.]