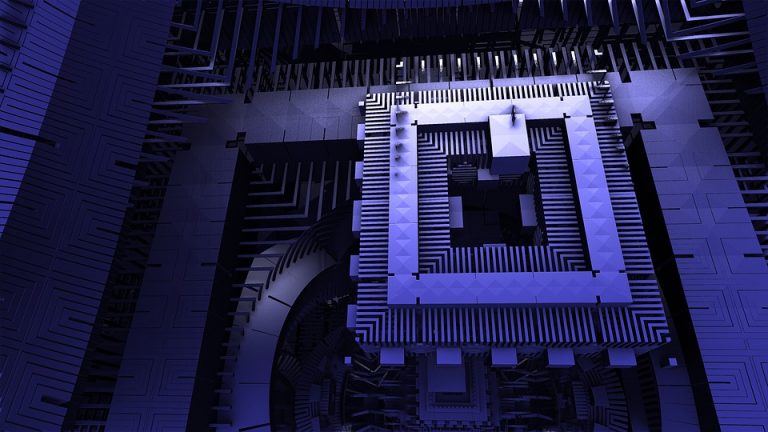 A special form of light made using an ancient Namibian gemstone could be the key to new light-based quantum computers, which could solve long-held scientific mysteries. (Image: via Pixabay)

A special form of light made using an ancient Namibian gemstone could be the key to new light-based quantum simulators, which could solve long-held scientific mysteries, according to new research led by the University of St. Andrews.

This interaction is crucial because this is what allows the creation of quantum simulators, a special type of quantum computer, where information is stored in quantum bits. These quantum bits, unlike the binary bits in classical computers that can only be 0 or 1, can take any value between 0 and 1. They can therefore store much more information and perform several processes simultaneously.

This capability could allow quantum simulators to solve important mysteries of physics, chemistry, and biology, for example, how to make high-temperature superconductors for highspeed trains, how cheaper fertilizers could be made, potentially solving global hunger, or how proteins fold making it easier to produce more effective drugs. Project lead Dr. Hamid Ohadi, of the School of Physics and Astronomy at the University of St Andrews, said:

“Making a quantum simulator with light is the holy grail of science. We have taken a huge leap towards this by creating Rydberg polaritons, the key ingredient of it.”

To create Rydberg polaritons, the researchers trapped light between two highly reflective mirrors. A cuprous oxide crystal from a stone mined in Namibia was then thinned and polished to a 30-micrometer thick slab (thinner than a strand of human hair) and sandwiched between the two mirrors to make Rydberg polaritons 100 times larger than ever demonstrated before. One of the leading authors, Dr. Sai Kiran Rajendran of the School of Physics and Astronomy at the University of St Andrews, said:

“Purchasing the stone on eBay was easy. The challenge was to make Rydberg polaritons that exist in an extremely narrow colour range.”

The team is currently further refining these methods in order to explore the possibility of making quantum circuits, which are the next ingredient for quantum simulators.

Provided by University of St Andrews [Note: Materials may be edited for content and length.]