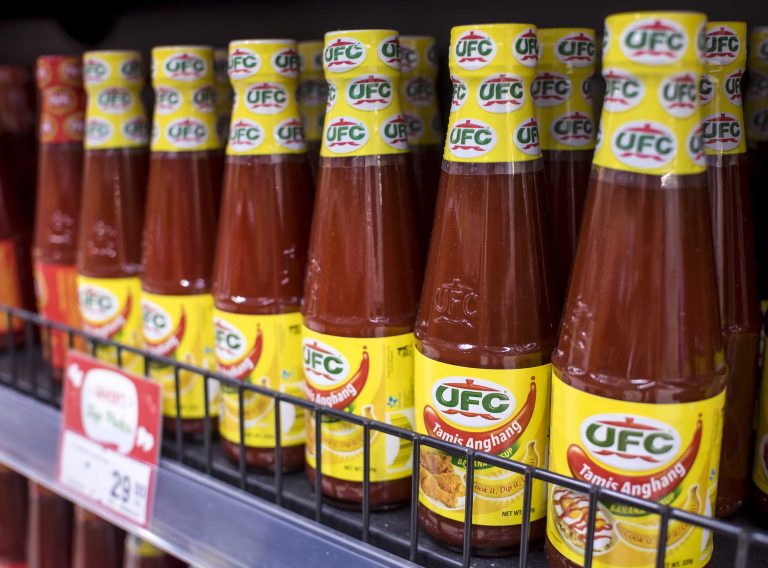 Popular in the Philippines, this condiment is widely used instead of tomato ketchup. (Image: Michael Edwards via Dreamstime)

Every country has something unique about its cuisine. It is not only about how amazing the delicacies taste. In each country, you will find a few special dishes that have a history associated with them. Sometimes, it can also be about a condiment that complements its dishes. Those who are born and raised in the Philippines know how popular banana ketchup is in its cuisine. For Filipinos across the world, these words bring back a sense of nostalgia. The ketchup is served with dishes like eggplant omelet, Filipino spaghetti and fried chicken, and hamburgers. The notable thing is this condiment was invented by a lady named María Orosa.

Maria was gifted with the brain of an innovator and she observed that people in the Philippines relied heavily on tomatoes that were not harvested. She came up with the idea of using produce grown in the country. She thereafter studied native food in detail and learned about several preserving techniques. Later, she donned the hat of a war heroine by coming up with food innovations.

The great mind of María Orosa

She created banana sauce by using mashed bananas, spices, and vinegar. To make it look more enticing, she added red dye. This came to be known as banana ketchup. She moved to the U.S. in her 20s and bagged a government sponsorship at the University of Washington. She obtained a degree in pharmaceutical chemistry and another one in food chemistry. Even though she was given a job as an assistant chemist, she went back to her country. She pursued food preservation as a career.

Maria launched 4-H Clubs with the aim of empowering Filipino families. Through this organization, she and her peers educated and taught women ways to preserve food and raise poultry. The endeavor was very successful. She also invented the palayok oven, targeted at people without access to electrical cooking appliances. Maria utilized her skill in food chemistry and experimented with fermenting and dehydrating.

She made condiments using fruits like calamansi, tamarind wine, and jams. She used green banana flour and cassava in place of wheat. Her ideas were used later by the Filipinos to export mangoes. Maria was always busy experimenting with foods and that continued till the end of her life.

A hero in the making

Her efforts were noticed by the Bureau of Science and she was promoted to supervise the Division of Food Preservation. It was during WWII that her skill and inventions in food preserving techniques came to the forefront. She invented a protein-rich powdered soybean product called Soyalac. A rice by-product with key nutrients named Darak was also well received. During World War II, she devised a way to supply Soyalac and Darak to the inmates of concentration camps run by the Japanese forces. Her magic foods helped the prisoners of war survive. It was sad that she died young in 1945 after refusing to leave war-torn Manila.

While Maria Orosa’s death was untimely, her achievements and contributions did not go in vain. Several of her experiments and recipes were compiled by Helen Orosa del Rosario, her niece, and turned into a book named Maria Orosa: Her Life and Work. It contains more than 700 recipes.

Maria made use of saba bananas for preparing banana ketchup. They were typically stubbier and firmer compared to the ones you get in the supermarkets. After her demise, banana ketchup production became popular in the Philippines and nowadays you can find many versions. There are sugary variants and you will also find ones that taste spicier. Some of the popular brands making this condiment are Papa and UFC. It is used in place of tomato sauce in Filipino cuisine even now.