Male Dolphins Increase Their Social Life by Whistling to Each Other 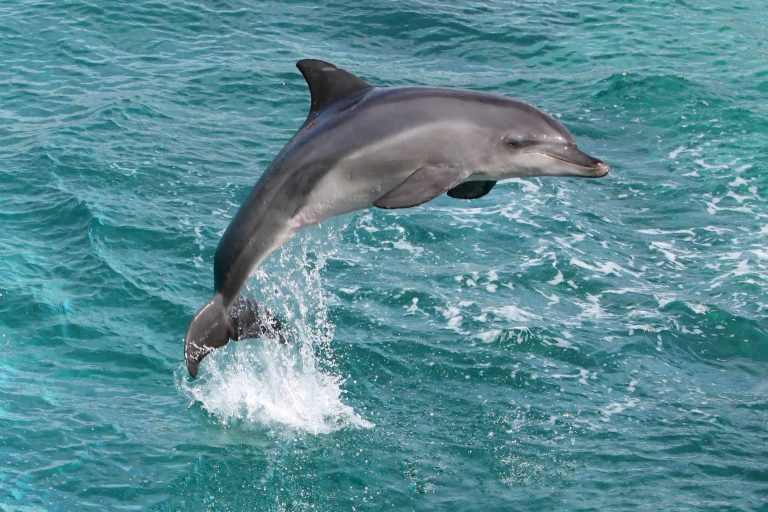 It is yet to be confirmed if the wild dolphins do the coral running for health reasons or simply because it makes them feel good. (Image: Duncan Noakes via Dreamstime)

Dolphins are highly intelligent marine mammals and are part of the family of toothed whales that includes orcas and pilot whales. They are found worldwide, mostly in shallow seas of the continental shelves, and are carnivores, mostly eating fish and squid.

Dolphins are extremely sociable and the sound of male dolphins whistling as a form of communication has been assessed by marine wildlife biologists. They believe that male dolphins make a high-pitched sound to communicate with other dolphins at a distance. Furthermore, the latest studies indicate that male dolphins with strong social bonding actually give birth to more offspring than the others. The study findings have been published in the journal Current Biology.

The University of Bristol researchers analyzed the whistling language used by the dolphin species. In addition, the scientists who collaborated with colleagues from several other universities used extensive acoustic and behavioral data collected over nine years.

Emma Chereskin, the Lead author, says: “Many animals, including humans, use tactile contact, touch, to strengthen and reaffirm important relationships. But as the number of close social relationships increases, so too make the demands on the time and space available for relationship maintenance through physical contact. Male bottlenose dolphins form strategic, multi-level alliances, and we wanted to know how they maintained multiple alliance relationships in large groups.”

Chereskin added: “Our findings prove that vocal exchanges can serve a bonding function. But more importantly, and in line with the social bonding hypothesis, vocal exchanges can function as a replacement for physical bonding, allowing allied male dolphins to ‘bond at a distance.’ This evidence supports the social bonding hypothesis outside of the primate lineage raises exciting new questions on the origins and evolution of language across taxa.”

The team studied a dolphin population inhabiting Western Australia’s Shark Bay. There are several species of dolphins, and most use whistling to interact with their peers. The bottlenose dolphins are particularly interesting, as they are the most responsive to whistling.

A research team at Australian National University (ANU) has developed the theory that music can help humans better bond with dolphins. They used the experiments on a group of dolphins at the Port Stephens in New South Wales late last year. The experiment showed dolphins become enticed by high-pitched frequencies generated by musical instruments like flutes or piccolos.

Flutist Sally Walker was with the group of researchers in Port Stephens, and she observed the sound of the flute soon attracted dolphins. Several dolphins swam around the boat and started flipping in the water with excitement as she played the instrument. Dr. Olivia De Bergerac, a noted Dolphin expert, says that dolphins are very intelligent, and using sounds to communicate with them can be ideal.

The ANU researchers want to fathom what type of sounds the dolphins like the most. ANU School of Music head Professor Kim Cunio said sound travels through water, unlike in the air. The dolphin frequencies are quite high. So it is likely a reason why dolphins get enticed by high-frequency sounds.

The researchers have plans to interact with the dolphins directly with the use of advanced hydroponic speakers to observe the impact on the creatures. This will let them determine if the dolphins respond differently to different frequencies and sounds underwater. Cunio said they plan to use soothing meditation music and tracks created by classical composers.