What if a Carrington Event Caused by a Massive Solar Storm Happened Today? 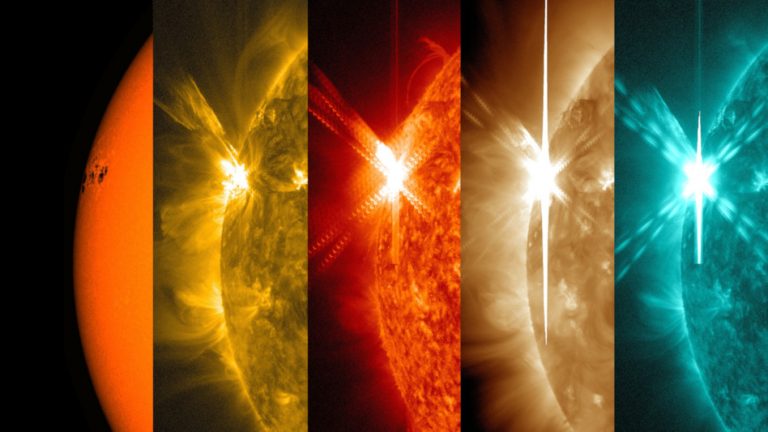 Advancements in human technology have already pushed into the endless frontiers of the Earth and those beyond it. Almost all fields and human disciplines benefit from technology, and it would be safe to assert that human beings are hugely technology-dependent. But we are also hugely vulnerable to disruptive forces like a Carrington event, which is caused by a massive solar storm that spreads out into space.

Many experts have said that digital life and technology will continue to broaden the opportunities and possibilities of human life in further decades as they continue to evolve and increase in scale. These advancements will bring more help than harm to people’s lives.

But beyond these marvels is an imminent threat that could paralyze the Earth’s high technology and our lives. A potential superspace activity called a “solar storm” may hinder developments of the technological infrastructure temporarily or even permanently.

What are solar storms?

But how do we know that solar storms can threaten our planet? Do we have any proof of this? Have we seen anything like this before? Well, yes.

On the first of September in 1859, an amateur astronomer named Richard Carrington, while directing his telescope to the Sun, observed “two patches of intensely bright and white light” from sunspots. The flare spewed electrified gas and subatomic particles toward Earth, resulting in geomagnetic storms.

This solar activity is named a Carrington event — attributed to the observer himself. Shortly after, it vanished. However, a strange impact of this coronal ejection was felt worldwide as telegraph communication lines faltered and failed.

What happens during a Carrington event

According to NASA on its website, a large Coronal Mass Ejection (CME), known as a Carrington event, can contain a billion tons of matter that can be accelerated to several million miles per hour in a spectacular explosion. Solar material streams out through the interplanetary medium, impacting any planet or spacecraft in its path.

These are high-energy charged particles. They move through the solar system at breakneck speed and do not directly pose a threat to Earth, but some of their particles blown by solar winds could follow the magnetic lines between the Sun and the Earth because they are charged.

As this matter reaches the Earth, it would first strike the magnetosphere resulting in a rapid drop in the Earth’s magnetic field strength. This decrease would last for no more than half a day. Then, the magnetic field would gradually recover over several days afterward.

What if a Carrington event happened today?

If something similar to the Carrington event that happened 162 years ago ever occured again, the world will expect “extensive economic and social disruptions.” The electrical nature of such an emission would disturb power grids.

When the state of the Earth’s ionosphere changes, satellite communications and GPS systems will be compromised, says a 2008 report from the National Academy of Sciences. Our dependency on modern technologies that are most likely affected by space weather changes will aggregate trillions of dollars of losses across the globe’s economies. Meanwhile, according to NASA, there is no data that indicates we should expect any sort of impending catastrophic solar event.

Sunspots and solar storms are common coronal activities that do not directly affect human beings, but they may have an impact on the technology they depend on. Astronomers and other scientists are committed to cooperating with government agencies and the public by making vast data sets available for space situational awareness and how it will impact the lives of every creature on our planet.