How Do People Accumulate Blessings? 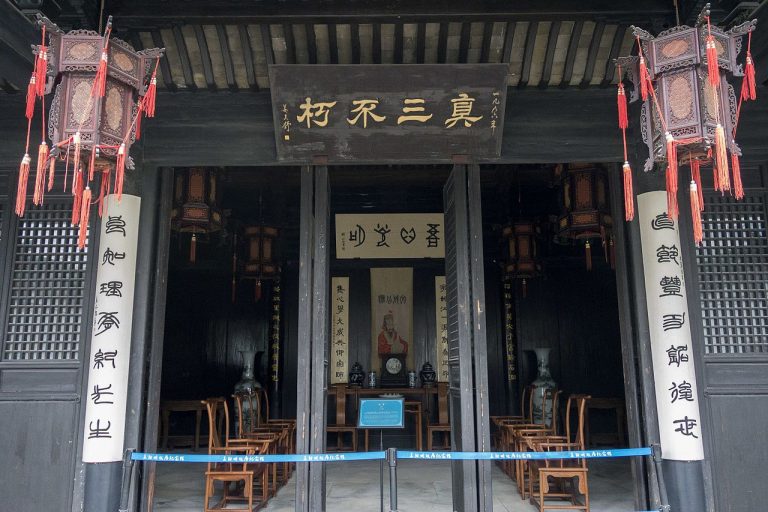 Virtue cannot be seen with the naked eye or touched with both hands, but it can be reflected in your life. Why do some people work hard, but their lives are filled with struggles and strife? Why are some people born into a wealthy family, in the lap of luxury, or into a family of a high official? Isn’t there a saying about the second generation of officials and the second generation of wealthy people? Why is it that when some people are born, their blessings differ? There must be a factor that determines benefits; it is not through hard work alone or struggle, as the wise ancients believe, but the result of doing good deeds and cultivating virtue.

Stories of this type abound in traditional cultures.

The theories of Ming Dynasty philosopher and educator Wang Yangming are highly respected today, and they come down to us today from history. His virtue and blessings are connected to his father, Wang Hua, who rejected lust.

When Wang Hua was young, he was taught by a wealthy family. Wang Hua was of excellent character and very knowledgeable. The rich man admired his talent very much. The rich man had many maids, wives, and concubines, but unfortunately, he had no children.

One night, a young concubine of the rich man came to Wang Hua’s bedroom. Wang Hua rejected her. The woman took out a piece of paper and said: “This is master’s intention!” and on the paper, it was also written: “Wishing to have a son.” Wang Hua immediately picked up the pen and wrote: “Scared to frighten the God” next to the note, and he refused to accept the woman. The next day, he resigned and left the rich man’s house.

A Taoist priest prayed for blessings

The rich man asked: “Who is the scholar?” The Taoist priest replied: “I don’t know his name, but there are two flags in front of the house of the scholar.” On the flags was a couplet that says: Wishing to have a son, Scared to frighten the God.

Soon, Wang Hua became a scholar and later became a very high official. Before Wang Yangming was born, his grandmother dreamed of a fairy singing on top of the house, fluttering flags, and a group of immortals riding on auspicious clouds to send a child to the house. She also heard the immortals shouting: “The noble person is here,” and then the immortals rode on the colorful clouds and left.

When his grandmother woke up, she heard cries. A maid reported that Wang Hua’s wife Lady Zhu had given birth to a son. That was Wang Yangming. During his whole life, Wang Yangming was devoted to running a school to promote kindness, and he respected the nature of conscience. He also left many axioms: “Though Heaven and Earth are big, if there is a thought of kindness and conscience in your heart, even ordinary people can be saints and sages.”