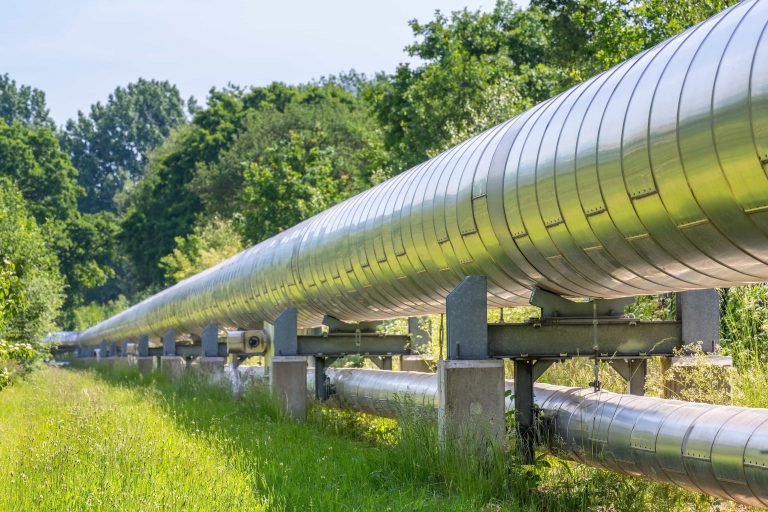 Europe is grappling with a record-breaking rise in energy prices that threatens to impede the post-pandemic economic recovery, strain household earnings, and even mar the emerging green transition. (Image: Ben Schonewille via Dreamstime)

Europe is grappling with a record-breaking rise in energy prices that threatens to impede the post-pandemic economic recovery, strain household earnings, and even mar Europe’s green transition. Moreover, the increase in energy prices has caused a re-examination of EU climate policy.

The EU’s Emissions Trading System (ETS), the world’s largest carbon market, requires the participation of power-producing firms. The ETS currently covers over 10,000 power plants and industrial facilities across the EU and is based on a “cap and trade” approach.

On the one hand, the EU limits the amount of greenhouse gasses that the plants can emit. On the other hand, it generates permits for each carbon unit emitted. Companies can purchase these permits and trade them among themselves to meet their annual requirements. Over time, the cap is tightened, and permit prices gradually rise. This trend encourages the energy sector to abandon fossil fuels in favor of sustainable alternatives.

However, because Europe’s green transition is still in its infancy, enterprises subject to the ETS are obligated to continue purchasing and trading carbon permits. The strong economy and energy shortage have pushed the carbon price up by over 76 percent, from €34 ($36) in mid-January to nearly €60 (US$64) in late October 2021. Consumers, particularly in coal-dependent countries, are at risk of bearing the brunt of the added expense.

Polish Prime Minister Mateusz Morawiecki has stated that the EU’s climate policy is to blame for the current energy price issue. The European Commission, which is passionately protective of the ETS, attempted to counter these accusations, claiming that the global economic recovery and high demand from Asian countries are the primary causes of high prices. According to Brussels, ETS permits account for only a tiny percentage (about 20 percent) of the overall increase.

Gas prices are rising across the globe

“The irony is that we would not be in this position if we had the green deal five years sooner,” Frans Timmermans, the Commission’s Vice-President in charge of the European Green Deal, told the European Parliament. Delaying Europe’s green transition program has left Europe in a dire situation.

After an informal meeting of transport and energy ministers in Slovenia, Kadri Simson, the European Commissioner for Energy, echoed a similar sentiment. The main issue of discussion was rising pricing.

“Across the EU, electricity prices have risen. This is due to several variables, the most significant of which being high natural gas prices and increasing post-crisis demand. This global trend affects almost all countries, independent of their geographic location or market arrangements.”

Simson then provided a toolkit of “temporary and targeted” measures, such as direct income support for low-income households, state aid for struggling businesses, and tax cuts that member states can implement at the national level to mitigate price shocks. More than 20 countries have stated that they will employ some or all of these tools.

In response to mounting criticism of the European Green Deal, Simson stated that the only way to avoid future price crises was to convert to renewable energy sources that are locally produced, independent, and significantly less expensive.

“We’re about halfway through the energy transition, like growing pains from the low-carbon transition,” Tim Gore of the IEEP explained. “We’re dealing with the fact that we’ve taken some coal out of the system, but we still have too much gas, and renewables are coming online but not fast enough to reduce demand.”

Brussels asks EU countries to speed up building renovations as part of the Green Deal to be better prepared for extreme weather, such as cold snaps and heatwaves, and therefore reduce their reliance on heating and cooling systems.

Economy vs climate: An issue worth talking about

The current energy crisis has hit the Commission at an inopportune time: in July 2021, the executive announced a comprehensive package of legislative proposals to reduce EU greenhouse gas emissions by at least 55 percent by the end of the decade. The construction of a new, stand-alone Emissions Trading System to cover polluting fuel used for heating buildings and vehicle transport is one of the draft legislations.

The proposal drew a mixed response, with some MPs vehemently opposing it because of the possible harm to the middle class. The European Commission, which emphasizes that all carbon must be priced, regardless of source or reason, is now preparing to launch legislative negotiations with the European Parliament and the EU Council, a debate already influenced by the deepening price crisis.

EU leaders want energy to become more affordable to maintain European companies’ competitiveness and reap the benefits of a booming economy. However, how to do so without jeopardizing climate goals is debatable. So is this a call for a return to fossil fuels or will Europe’s green transition agenda remain intact?