Nan Fung: The Legend of a Scholar in the Qing Dynasty 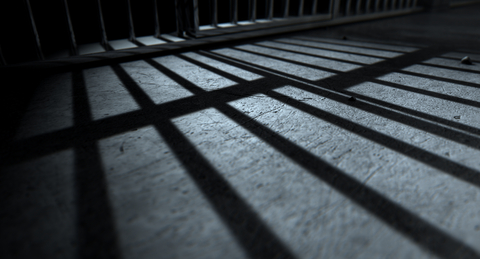 That night he escaped from prison, and in desperation, he stole enough money to take a train to the border. (Image: Albund via Dreamtime)

There was a scholar at Jiangxi, Nan Fung, whose literary talent was outstanding in the Qing Dynasty. He wrote extremely well and authored thousands of essays in a short period. However, to earn more money, Nan Fung assisted criminals by adding lies in their defense to reduce their crimes. As a result, many criminals escaped their penalties.

After passing the highest imperial examination, Nan Fung spent time at home waiting to fill an official vacancy. During this period, he read stories that made him realize that people were rewarded for being good and punished for doing bad.

He knew that what he had done was wrong and was afraid that he also might be punished. So he decided to try his best to be a good person. After that, he tried only to do what was correct and beneficial to others.

One year later, he was blinded, which mentally tortured him. He became suspicious of those stories that he had read and said in grief: “I was able to pass the highest imperial examination despite doing so many bad things. But after I tried to be a good person, I was blinded. Does this mean all those teachings were lies, and it would be alright if I were my old self?”

From then on, he went back to being the same devious person he was before. Finally, a doctor cured his eye disease, which allowed him to see again. He was always proud of his literary talent but could not use it when he was blind.

Now that he could see again, he racked his brain, writing articles for money that would help criminals escape punishment. Soon afterward, because of a defamatory article he wrote, he was unexpectedly sentenced to death.

When a wise man heard this story, he said:

“What a lesson it is! Like the old Chinese saying: ‘Misfortune underlies the fortune, and the blessing relies on the misfortune.’ When he passed the highest imperial examination, it was the beginning of his scourge.

“However, when he was blinded, he was blessed, for he was given a chance to repay for his wrongdoings before the advent of his good fortune. However, he was stubborn and made an unwise decision to keep on doing his evil deeds. In the end, he sacrificed his life for his eyes.”