How Religious was Beethoven? 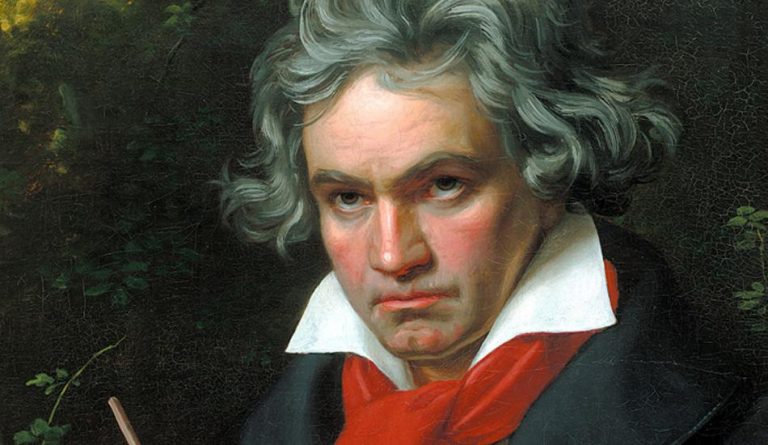 Ludwig van Beethoven lives in our hearts through his immortal musical creations. (Image: via Public Domain)

Ludwig van Beethoven lives in our hearts through his immortal musical creations. Still, to better know the musical genius, many have studied his life seeking answers to their questions. However, one question remains unanswered — to what extent was he inspired by religion and, in particular, Catholicism?

A devoted Catholic or deist?

The baptism records of Beethoven revealed that he belonged to a German Catholic family originally from Flanders in Belgium. However, there are strong assertions that he was a deist. Deists insisted that religious truth should be subject to the authority of human reason rather than divine revelation. He believed that observation and reason of the natural world are more than sufficient for establishing the existence of a Supreme Being.

It is the same man who penned two masses — Mass in C (1807) and Missa Solemnis (1824), along with an oratorio Christ on the Mount of Olives (1803). It is also interesting to note that six songs composed by Beethoven were set to poems by Christian Gellert, a German moral philosopher. This truly depicts the piety of the composer.

Although much of the 1840 account of Beethoven’s life by his former secretary, Anton Schindler, has been disputed, certain passages ring true. Noting that his employer was “brought up in the Catholic religion,” Schindler adds the comment: “It was one of [Beethoven’s] peculiarities that he never spoke on religious topics or concerning the dogmas of the various Christian churches in order to give his opinion about them…”

Alexander Thayer, the American author of the first scholarly biography on him, noted that readers who dissent from Schindler’s view because Beethoven wrote religious works might consider whether the “words of the Mass were simply a text on which he could lavish all the resources of his art in the expression of his religious feelings.”

Still, Beethoven was acutely interested in the perfection of prosody — the patterns of rhythm and sound used in poetry — which he found in Psalms and hymns of the Catholic church, and he displayed a fascination with the texts of the Mass.

Some musicologists and authors wanted to create a positive picture of Beethoven as a devout Catholic. They opined that he wanted Karl, his nephew, to get a traditional Catholic education. Many eminent people shared religious ideas with him, including Johann Michael Sailer, the Bavarian Catholic theologian, a prominent figure in German Catholic Enlightenment.

While Catholicism surrounded and influenced him, what were his inner beliefs and inspirations? We can only refer to his musical compositions to perhaps find some answers regarding his faith.

The enigma that was Beethoven

Beethoven’s only oratorio composed was Christ on the Mount of Olives. But musicologist Paul Henry Lang opined that this was not an oratorio, but rather an opera. He felt that Beethoven’s Jesus is a tenor, a seraph or an angel is a soprano, and Saint Peter is a bass. Lang believed that Christ on the Mount of Olives was a highly dramatic and energetic opera and not any lofty sacred music.

Mass in C was modeled on Haydn’s Masses. Unlike many of his middle-period works, it does not expand the conventions of the form or reveal any of the Herculean strength that Beethoven was already displaying in his symphonies.

Missa Solemnis was Beethoven’s only serious attempt at a religious work, yet it is more a concert piece than a mass. The violin soaring above the orchestra in the ‘Benedictus’ was seen as an attempt to portray the Holy Spirit in music, and the censor banned it! On the manuscript, Beethoven wrote ‘Von Herzen — Möge es wieder — Zu Herzen gehn!’ (‘From the heart — may it return to the heart!).

While Beethoven seemed to have an aversion to Catholicism, his faith was steadfast and he carried it with him wherever he went. This faith would fuel his creativity and led the esteemed composer to write music that is enjoyed by the world today.