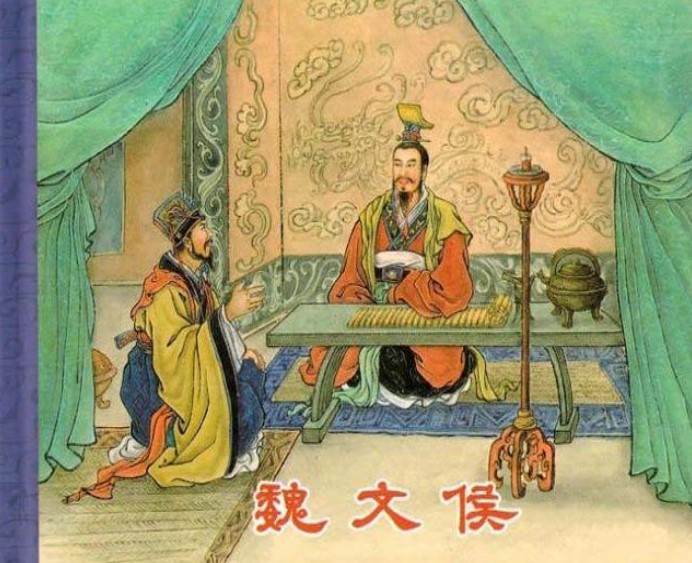 Wei Wen Hou, the ruler of the state of Wei. (Image: NTDTV)

Wei Wen Hou or the Marquess Wen of Wei (445-396 BCE) ruled the State of Wei during the early Warring States period during the Zhou Dynasty (1046-256 BCE). He was a member of the House of Wei, one of the noble houses that dominated politics in the region during the 5th and 6th centuries BCE.

Wei Wen Hou wanted to pick a minister to serve at his side. There were two candidates to choose from, Wei Ji and Di Huang. But Wei Wen Hou was having trouble making a decision. So, he turned to his strategist Li Ke and asked: “There is a saying that a poor family needs a good wife, and a chaotic kingdom needs a good general.

Now our kingdom is in a chaotic state, and I urgently need a capable person to assist me. “Between Wei Ji and Di Huang, which one do you think is better?”

Li Ke responded: “You have difficulty deciding because you did not observe them well.”

Wei Wen Hou asked: “What standards do you use to observe people?”

Li Ke said: “My standards to observe people are the following:

1. When someone is prosperous, observe how he behaves. Does he still abide by the rules?

2. When he is a high-ranking official, what kind of people does he recommend? Whomever he recommends will be just like him.

4. What kind of people does he associate with? If he likes to be with gentlemen, that is good; if he chooses to be with villains, look out!

5. Does he keep his promises? Watch his behavior, words are cheap; it’s actions that really matter.

6. What does he like? We can know a person from his hobbies, collections, etc.

7. Listen to what he says the first time you meet him. After you know him well, does he express more or less the same opinions? The greater the difference means the greater the concern.

8. He can be poor as long as he does not take advantage of others.

9. It is OK to be in a lower social status, as long as he can keep his dignity.”

After listening to Li Ke, Wen Hou said: “OK, you can go, and now I can make my decision.”

Li Ke met Di Huang after he left Wen Hou. Di said: “I heard you were discussing who would be the best right-hand man for the majesty. Who did you pick?”

Di Huang was furious and asked: “Why wasn’t I chosen? I am just as good as Wei Ji. Whenever Wen Hou needed someone, I recommended a good person, such as when the prince needed a good teacher and when the kingdom needed a good general.”

Li Ke said: “Wei Ji spent 90 percent of his salary to recruit talented individuals to serve this kingdom, even from outside the kingdom, and Wei Wen Hou admired them. All the people you recommended were Wei Wen Hou’s subjects. How can you compare yourself with Wei Ji?”

Di Huang pondered this for a while and said: “You are right; I am not as good as Wei Ji.”

Wei Wen Hou did pick Wei Ji, and he eventually became the ruler of the State of Wei, otherwise known as the Marquess Wu of Wei (396-370 BCE).