The Prisoner, the Daughter, and the Unlocked Door 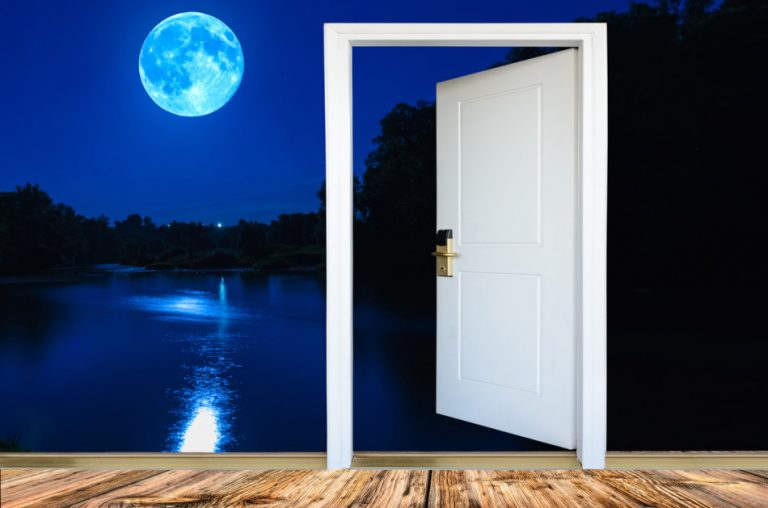 Doors can have important meanings in life. (Image: Dmitry Bruskov via Dreamstime)

Once, a reformed prisoner in a labor camp found 1,000 yuan by the roadside while he was out working on a road project; without hesitation, he handed it over to the supervising police officer.

The supervising officer retorted: “Are you trying to bribe me with this money in exchange for reducing your sentence? You are so dishonest!” Stunned at the police officer’s response, the prisoner dejectedly thought that no one in this world would ever believe or trust in him again.

That night, the prisoner escaped and, in desperation, he stole enough money to take a train to the border. Unfortunately, the train was so crowded that he had to stand by the toilet. While waiting, a charming girl walked into the bathroom, and when she closed the door, she found that the door latch was broken. She said softly to him: “Sir, can you hold the door for me?”

Momentarily stunned at the request, he looked into the girl’s innocent eyes and nodded in agreement. The girl blushed and went into the bathroom, and like a loyal servant, he strictly guarded the door. At this moment, he was suddenly enlightened. He got off the train at the next stop and surrendered himself to the police.

In Glasgow, Scotland, a young girl, like many young people of today, was fed up with her boring home life and parental control. She left home, determined to become a celebrity. After countless job interviews and being ruthlessly rejected, she resorted to walking the streets and eventually succumbed to prostitution. Many years passed, and her mother had grown old, yet the girl was still stuck in her quagmire.

The mother and daughter never had any contact in all these long years. Upon hearing of her daughter’s whereabouts, the mother went to great lengths to search every street in the city. Every time she went to a shelter, she stopped and begged them to put up a picture poster of herself as a smiling, grey-haired mother with the handwritten words “I still love you…come home!” But after a few months of trying, nothing changed.

One day, the girl wandered lazily into a shelter where a free lunch was served. As she stood in line absent-mindedly, she glanced aimlessly at the notice board. At that moment, she recognized a familiar face: “Could that be …?”

She squeezed out of the crowd and stepped forward to look at the poster. She recognized her mother and read the beckoning words below: “I still love you… come home!” She stood in front of the notice and wept. “Can this be true?” she thought.

Night had fallen, and she ran home without hesitation upon her realization. As she approached her family home, it was already early morning. Standing at the door, the wilful daughter hesitated for a moment — should she go in? Then, finally, she knocked on the door. “Strange, the door opened by itself. Why wasn’t it locked? This is not good! A thief must have broken in,” she thought.

Concerned about her mother’s safety, she rushed into the bedroom to find her mother sleeping peacefully. She shook her mother awake and shouted: “It’s me! It’s me! Your daughter is back!” The mother couldn’t believe her eyes. She wiped away her tears, realizing it was her daughter. The mother and daughter hugged tightly.  The daughter asked: “Why isn’t the door locked? I thought a thief broke in.”

The mother said softly: “This door has not been locked since you left home.”