A Life Lesson Learned From a Wolf 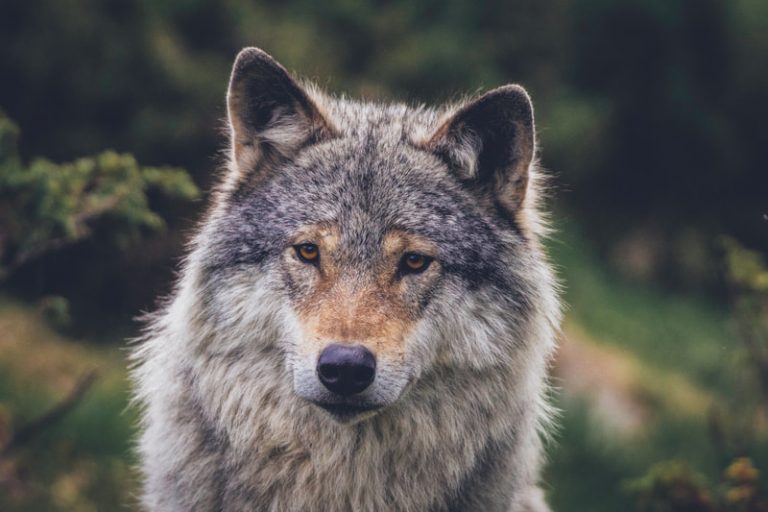 A young man's encounter with a ferocious wolf teaches him a life lesson. (Image: Jon Anders Wiken via Dreamstime)

This is the story of how a wolf taught my brother-in-law an important life lesson and actually changed his life. My brother-in-law is an American who loves to explore. When he was young, he wanted to be a sailor and navigate around the world. He came from a well-to-do family and as such, he had many options available to him when he graduated from high school. He didn’t want to go to college immediately, so instead, he traveled to Alaska where he took a job as a logger.

He saved up his money after working for one season and traveled the world. After two years of traveling, he returned home and went to college where he managed to complete his Bachelor’s degree program in just three years. He soon found a job and was very successful, becoming a chief engineer within a few years.

A life-changing encounter with a wolf

One day, he told me a story about an experience that he had in Alaska that affected him deeply. While he was working in the woods with a friend, they heard a wolf howling. They searched until they found it caught in a trap.

My brother-in-law knew that there was an old man who trapped animals and sold their fur to supplement his income, but he recently had a heart attack and was in the hospital. If no one took care of the trapped wolf, it would die of starvation.

They wanted to release the wolf, but the animal was ferocious.

They noticed milk dropping from the wolf’s teats and realized that it was a nursing mother. They searched for her den and soon brought back her four cubs so that she could care for them.

My brother-in-law camped near the wolf that night as she was still caught in the trap and couldn’t defend herself.

The wolf begins to trust the brother-in-law

He stayed with her for five days, sharing his food. On the fifth day when he went to feed her, he saw that she was slowly wagging her tail. He knew that he had won her trust, and after another three days, she let my brother-in-law get close enough for him to release her from the trap.

After she was free, the wolf licked his hand, and patiently let him treat her injured foot. The wolf led her cubs away, turning back several times to look at my brother-in-law to show her gratitude.

My brother-in-law sat on a boulder for a while after she had gone and thought about the whole event: If a human being can make friends with a ferocious wolf, why can’t we all agree to put aside our differences and live in this world in peace?

Brother-in-law changes his perspective on life

Ever since then, he has treated people with kindness and always assumes that they are well-intentioned. He often helps others and shrugs off life’s little annoyances. The most important change in his nature is that he is very happy every day. He has also discovered that the joy he receives from helping people far exceeds any joy that he provides to them.

My brother-in-law always says that he is very grateful for his Alaskan experience, which made him appreciate what in life should really be treasured.